Bazinga! A new species of jellyfish discovered and named 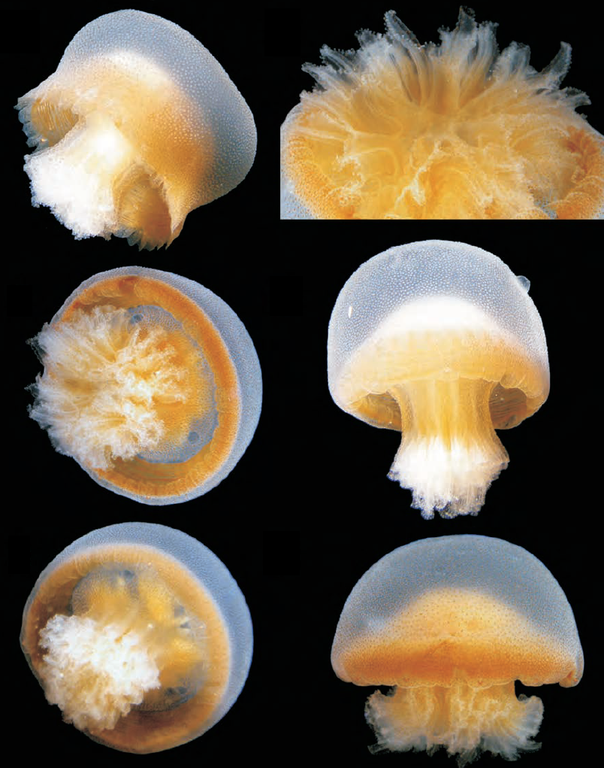 
Not only is Bazinga rieki a new species, but it is also placed in a new family called Bazingidae. The small, grape-sized jellyfish measure 15 to 20 millimeters at maturity, and was quite possibly mistaken in the past for a juvenile of its much larger cousins.

“It’s pretty rare to discover a new sub-order. This hasn’t happened for well over a hundred years” stated Lisa-ann Gershwin, one of the two marine scientists that discovered the new species. The species was recently described in the journal Memoirs of the Queensland Museum – Nature.

Bazinga rieki‘s name has a two-fold meaning: the first refers to the catch phrase Dr. Sheldon Cooper says on CBS’ The Big Bang Theory. The second meaning refers to a seven-string harp, which the straight radial canals displayed by this species are reminiscent of in its body structure.

Lisa-ann was recently interviewed about the discovery on the Science Show from ABC Radio National, and the interview can be listened to online.