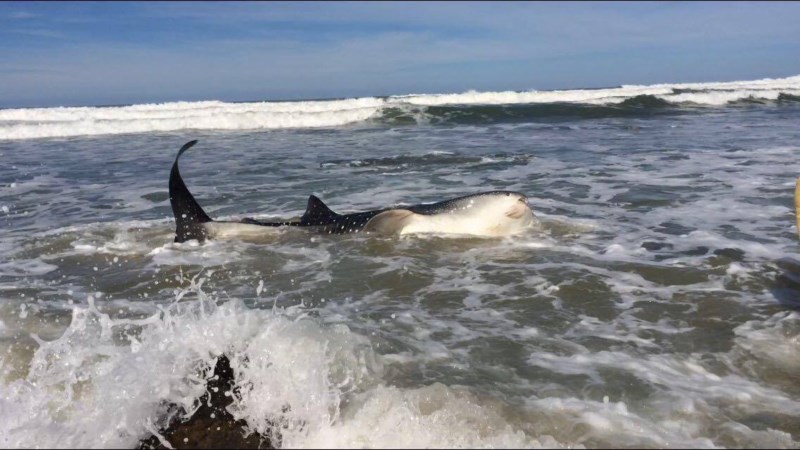 Whale sharks are majestic and docile creatures, but are also the largest shark in the world. Accordingly, it was no small task for beachgoers to rescue a juvenile whale shark which had become stranded along South Africa’s East Coast. Juvenile sharks are much more likely to become beached, due to changing water temperatures and currents. A recent weather changed had caused a drop in water temperature, which may have been to blame for this sharks confusion. 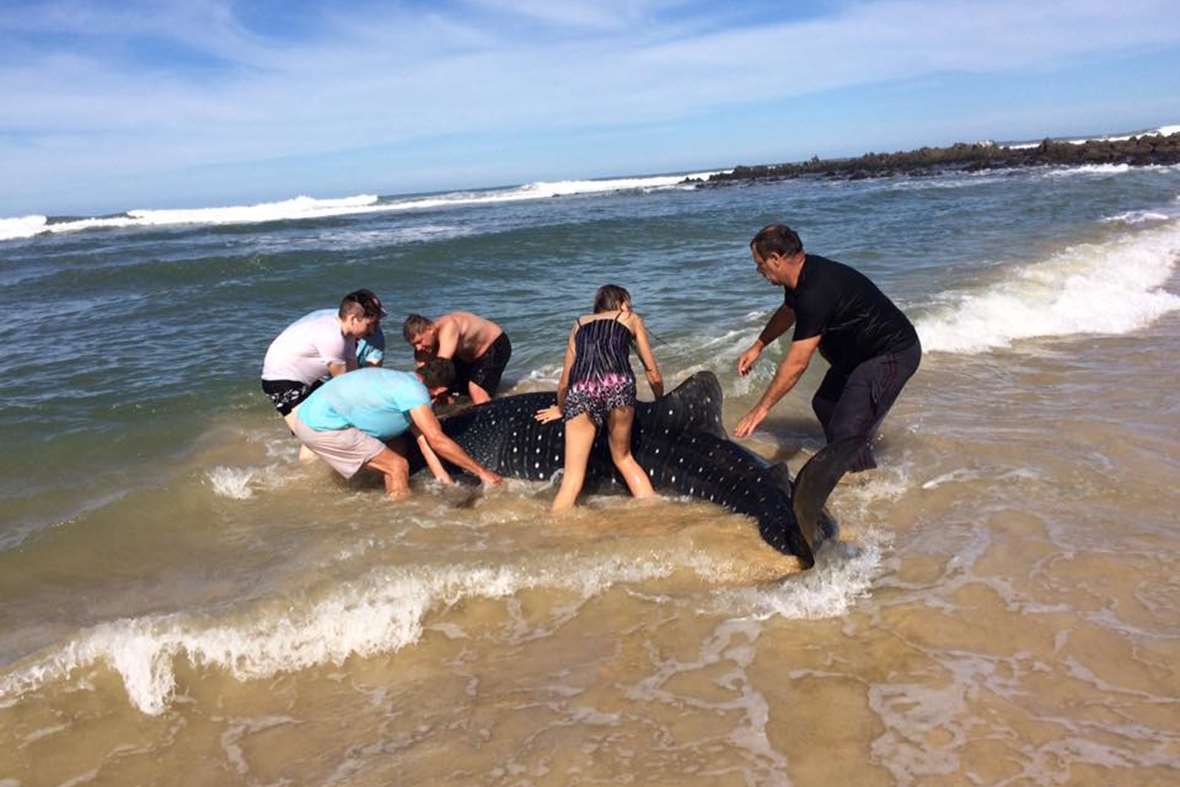 Luckily, Jon Goetsch, vacationing at his holiday home, saw the baby whale shark swimming too close to shore from his balcony and came to the beach, along with his 12 year old son, to investigate further. Goetsch and his son got right into the water and began trying to get the juvenile shark into to deeper water. “It took us around an hour to get [the whale shark] off the rocks as it kept washing up again,” Goetsch explains. “And about 45 minutes to get it to leave the bay; it just kept swimming back.” With the help of his whole family and some beach bystanders, including a very brave 15 year old girl who wouldn’t give up, the baby whale shark was successfully returned to the sea. “When we were completely exhausted, it was this petite girl, probably no older than 15 years, who, fully clothed, fought against the waves to get the shark behind the breakers,” Goetsch told Netwerk24. The brave rescuers were rightfully exhausted after the rescue and suffered some shark burn and cuts from handling the skin of the shark. MORE