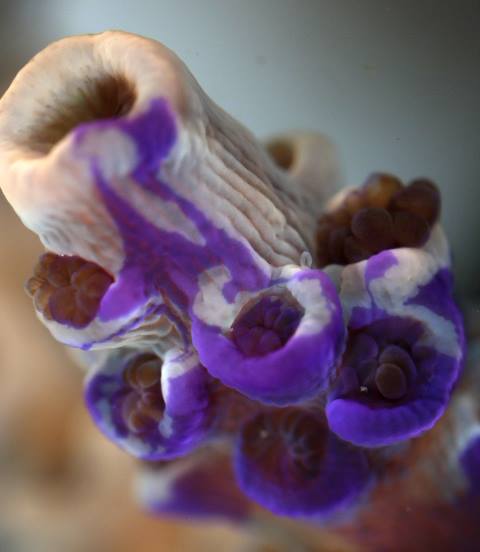 Jamie Craggs and his Project Coral team at the Horniman Museum have just released images of their 18-month-old acroporas, and they are beautiful! The acros spawned at the Museum in January 2016, after Horniman scientists collected the gravid parent corals from the Great Barrier Reef in Australia, brought them all the way back to London, and recreated the exact conditions that they had at “home”. After the spawning event, the team was able to cross-fertilize the eggs and sperm; it was the first time that scientists have ever successfully performed in-vitro fertilization of captive corals.

Thousands of coral babies were produced from the experiment, and many were shared with other scientific institutions. The Horniman team (of course) kept a collection of the corals for themselves, and today they are thriving and showing some interesting allogenic responses!

“Fusion” happens when two genotypes (set of genes in a cell responsible for a particular trait or set of traits) form one entity, with both genotypes within that entity. The purple and cream colored Acropora tenuis, pictured at the top of this article, has fused, and the result is a beautiful, almost swirly patternation. 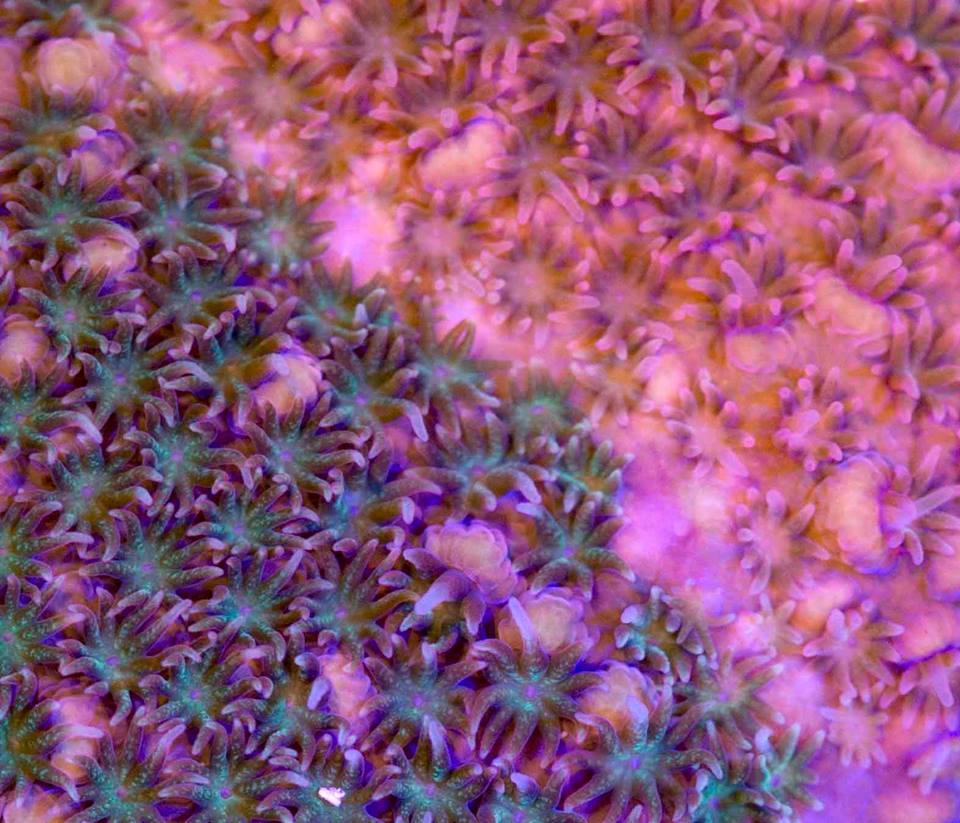 Pictured directly above is a perfect example of “non-aggressive rejection”. The pink and green Acropora millepora’s genotypes are growing peacefully right against each other; the two types aren’t fighting, but they aren’t mixing, either. I’m excited and curious to see how each of these species will grow and possibly change; if A. millepora will continue to develop without aggression between the two genotypes, and if one genotype of A. tenuis will eventually completely dominate the other, or if the two will stay mixed and the purple color will continue to be displayed.

Either way, I’m honored to share this latest development with all of you, and I’m sure that you are all as  delighted as I am that this scientific breakthrough is still showing great success.

For more information about this project, and to find out how you can get involved, visit the Horniman Museum & Gardens Project Coral page.