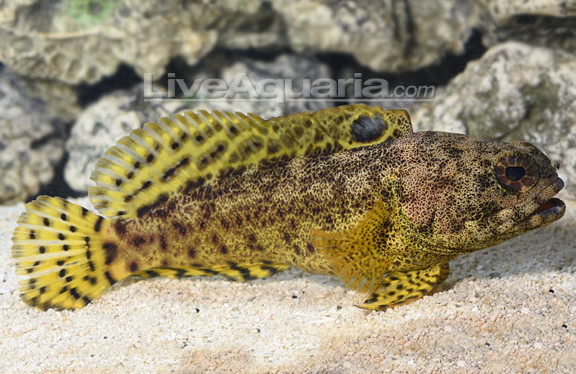 There are only a handful of jawfishes that seem to be regularly collected for aquarists (Yellowheads and Bluespots… Duskys and Gold Specs… the occasional Chinstrap), but the genus Opistognathus, to which nearly every jawfish belongs, is enormous, currently comprised of 65 species and with many others yet awaiting description. These vary wildly in size, with some of the larger examples topping out at well over a foot in length, and one of these beastly beasts, the seldom seen Darwin Jawfish, recently appeared on LiveAquaria’s Diver’s Den. 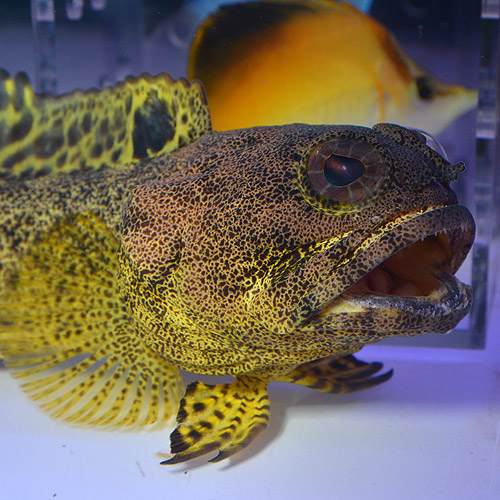 Opistognathus darwiniensis is quite limited in its biogeography, explaining why it is so seldom seen. It is found only along the continental shelf of Western and Northern Australia, from Ningaloo to the Kimberley coast and east to Darwin, where this fish was first discovered more than a century ago. It’s reported to reach a maximum length of 50 cm (more than 18 inches!), and, unlike some of the other large jawfish species, this one is quite beautifully patterned, with fine spots that form intricate designs across the body and a yellow undertone that brightens the fins. The jawfish family is one of the least studied in many respects, but what little we do know indicates that this species is morphologically unique amongst its peers. It’s most distinctive feature is an anomalous secondary lateral line found near the anal fin, which often branches onto the belly, and it also has a greater number of vertebrae and fewer dorsal fin spines than others. 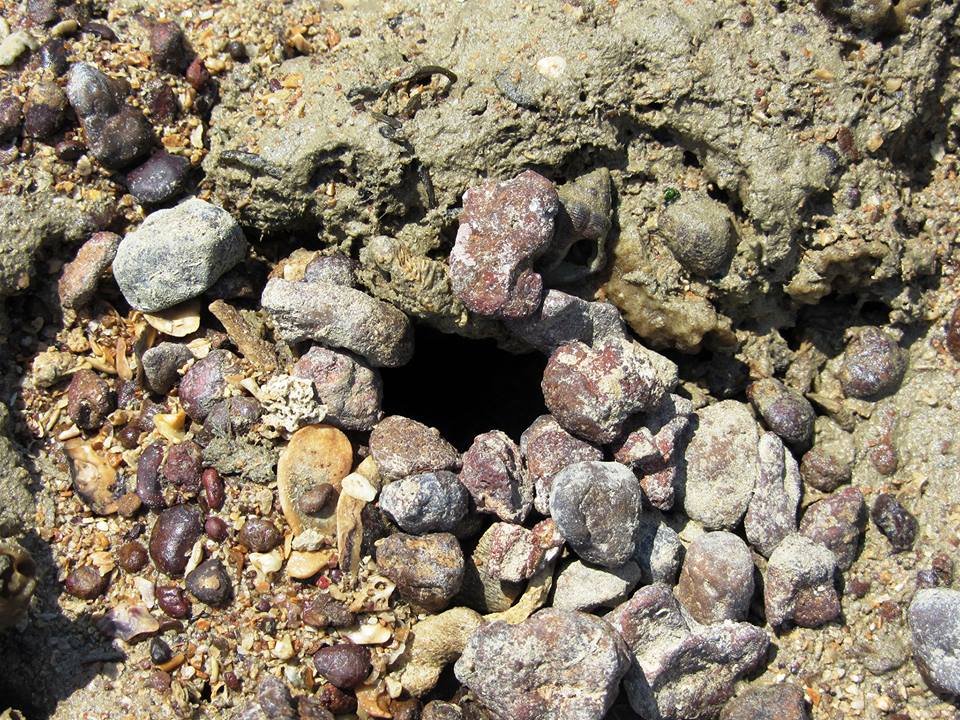 While LiveAquaria’s specimen is only a few inches in length, this fish will ultimately require some special accommodations when it reaches its adult size. In the wild, they dig vertical burrows several feet deep. Of course, this is fairly difficult to replicate in captivity, but some well-placed PVC of appropriate diameter can serve as a reasonable facsimile if buried at a horizontal angle. Still, this requires several inches of substrate, with larger shells and rubble scattered around the opening. The image above gives an idea of what their burrows would look like in situ… so be sure not to add this to a bare-bottomed system or you’ll have a very unhappy opistognathid on your hands. 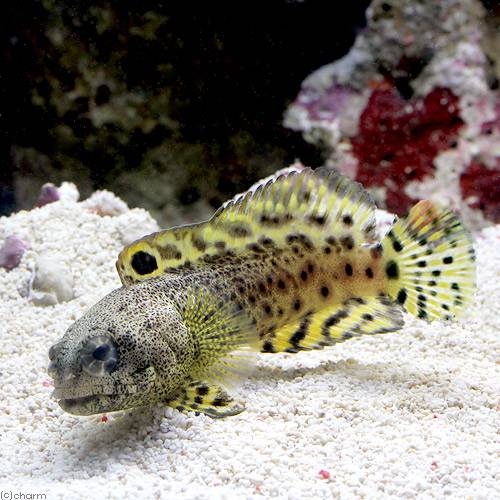 Befitting a species of this rarity, the Darwin Jawfish does not come cheap, but I would argue that it’s probably worth every penny, as jawfishes are some of the most charismatic and personable fishes available to aquarists, and one which can be expected to live for decades in captivity. Aside from pufferfishes, there are few other groups quite so personable, which means that this gargantuan curmudgeon of a fish is likely to feel more like a “real pet” than most aquarium denizens. Just look at that face…