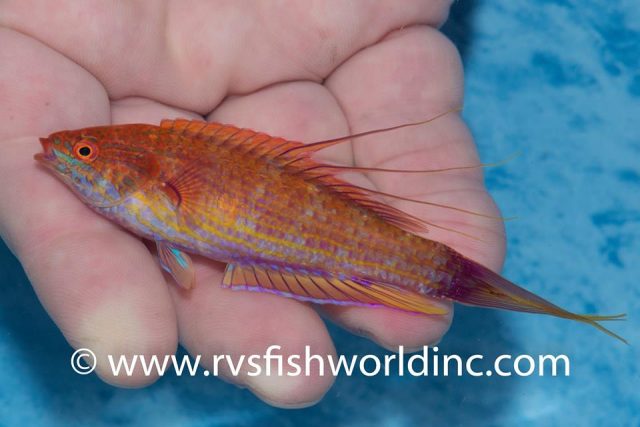 With its bright colors, intricate patterning and elaborate fins, Paracheilinus bellae can lay strong claim to being the most beautiful of the flasherwrasses. For aquarists, this fish is also one of the most rarely seen and expensive members of its genus thanks to an isolated range in Micronesia. However, with increased collection taking place in the northernmost islands of the Philippines, it’s become apparent that many species once assumed to be Micronesian endemics are actually far more widespread. Now, thanks to a single male specimen collected by RVS Fishworld, we can add Bell’s Flasherwrasse to this quickly growing list.

When P. bellae was first described in 1988, it had only been encountered around Kwajalein Atoll in the Marshall Islands. Since then, it has semi-regularly turned up at several popular diving locations—Saipan, Yap, Chuuk and Palau—in depths ranging from 15-30 meters. There is also a single record of it from Iriomote, located in the Yaeyama Islands at the southern tip of Japan’s Ryukyu Arc. However, this specimen, though similar to P. bellae, differs in many details of its color and patterning, and it may actually represent a hybrid with the more locally numerous P. paineorum (formerly P. filamentosus). 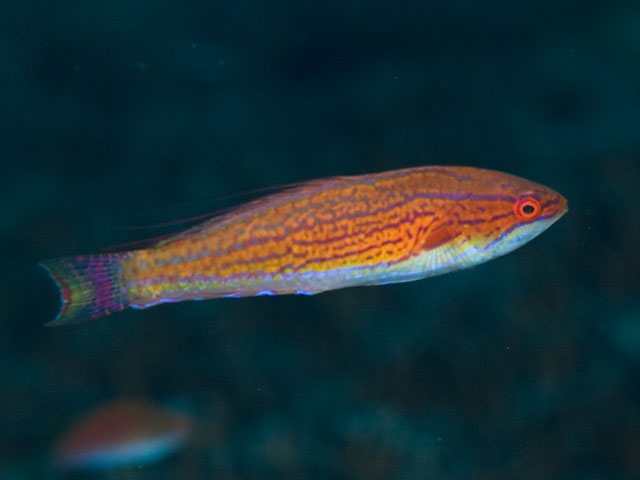 An unusual specimen from Iriomote that may be a hybrid of P. bellae X P. carpenteri. Note the differences in the colors of the caudal fin and body. Credit: kiss2sea

The specimen form RVS now extends this species’ range to Cagayan, which lies at the northern edge of the island of Luzon in the Philippines. This collecting station has revealed a remarkable array of species indicating that the region sits at an important biogeographical crossroads for the Coral Triangle, Japan and Micronesia. Among the primarily Japanese species known to occur here are Cirrhilabrus katoi & C. lunatus, Valenciennea bella, Parapercis natator, Macropharyngodon moyeri, Paracentropyge venusta and several others, but we can also find a handful of Central Pacific endemics, such as Nemateleotris helfrichi, Centropyge flavissima, Amphiprion chrysopterus, Ctenochaetus hawaiiensis and Cirrhilabrus katherinae. 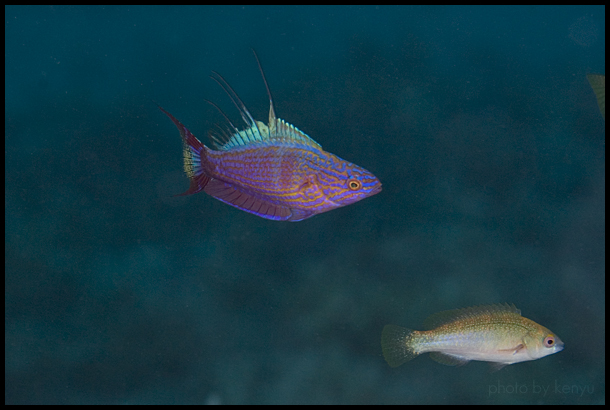 However, it’s important to point out that not all Micronesian species occur here, and those that do are typically found only rarely. For example, Barnett Shutman of RVS Fishworld confirms that only a single P. bellae has ever been found thus far, and there is just a single possible record of it from further north in the Ryukyu Arc. Clearly, this is a species that only occurs in the West Pacific as a rare waif and not as a breeding population. The same is likely true for Helfrich’s Firefish, which is a very rarely seen species in this portion of its range. 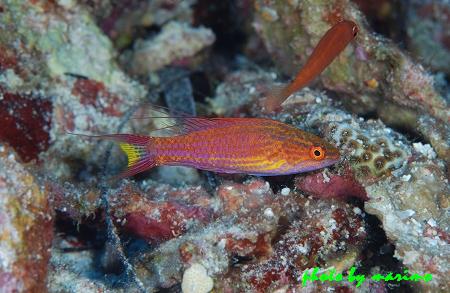 Among wrasses, Cirrhilabrus johnsoni and Pseudojuloides cf atavai are examples of species that have yet to be found anywhere outside of Micronesia, which raises interesting questions about why some species are able to cross this great oceanic divide while others apparently fail to. Might these differences have to do with the relative length of the pelagic juvenile stage or habitat availability or interspecies competition? This is particularly relevant when looking at Cirrhilabrus katherinae, one of the few species that is seemingly abundant in both the Ryukyu and Mariana island arcs and one which shows some minor differences across its range. 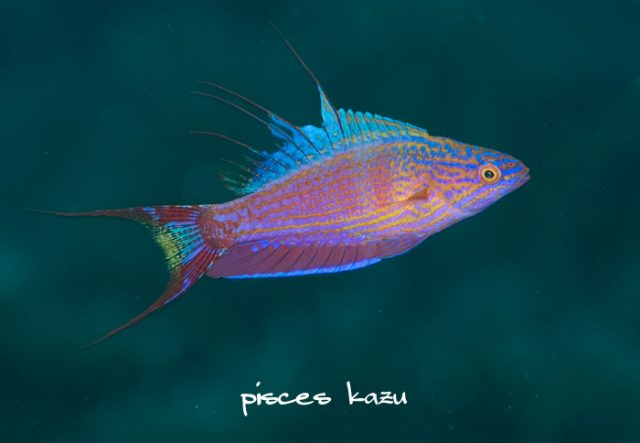