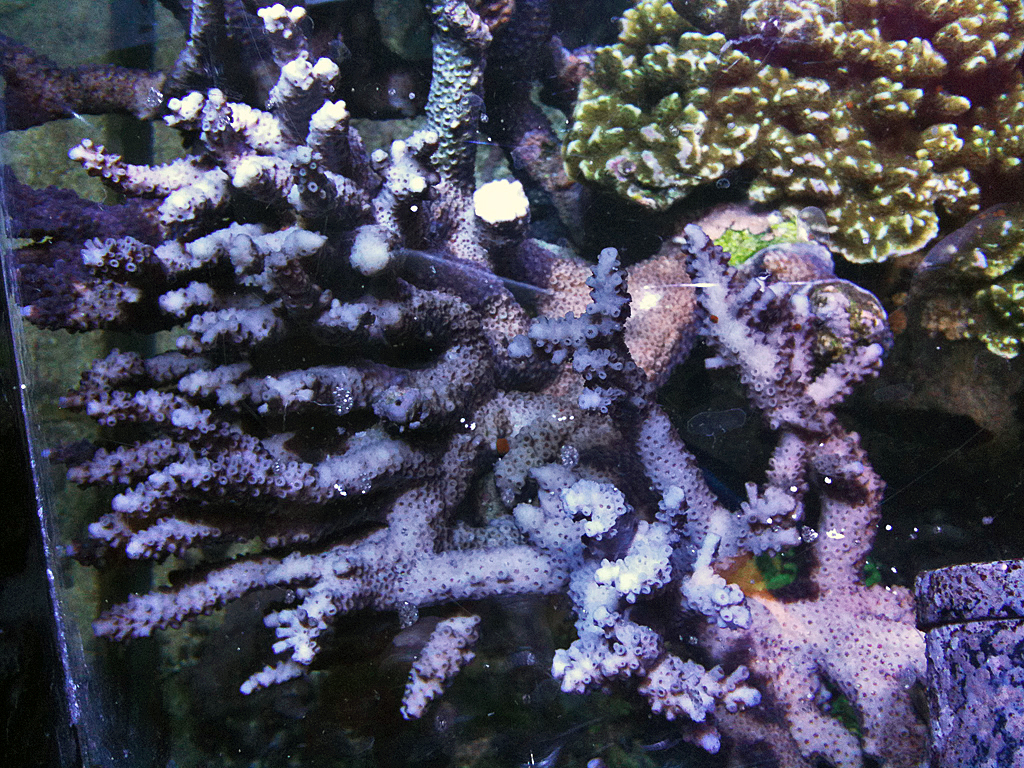 Last week, on my usual visit to the Penn State tank for a routine feeding and check up, I noticed one of the corals was bleached on the top surface. Careful examination of coral showed the coral tissue on the shaded parts of the coral was fine, it was only the light facing tissues that had bleached and died. Perplexed, as this was the only coral affected, I soon realized that I had seen this kind of death before and it was caused by a hole in the outer bulb of the 400W metal halide lamp. My colleague and I went to the back room to see if any of the bulbs had damaged outer bulbs. I was right, one of the 400W bulbs had its outer bulb split completely in half. Fortunately for us, the way it was hanging there was only a small opening though which the dangerous UV radiation was escaping, and it was just concentrated on this one coral. Further inspection 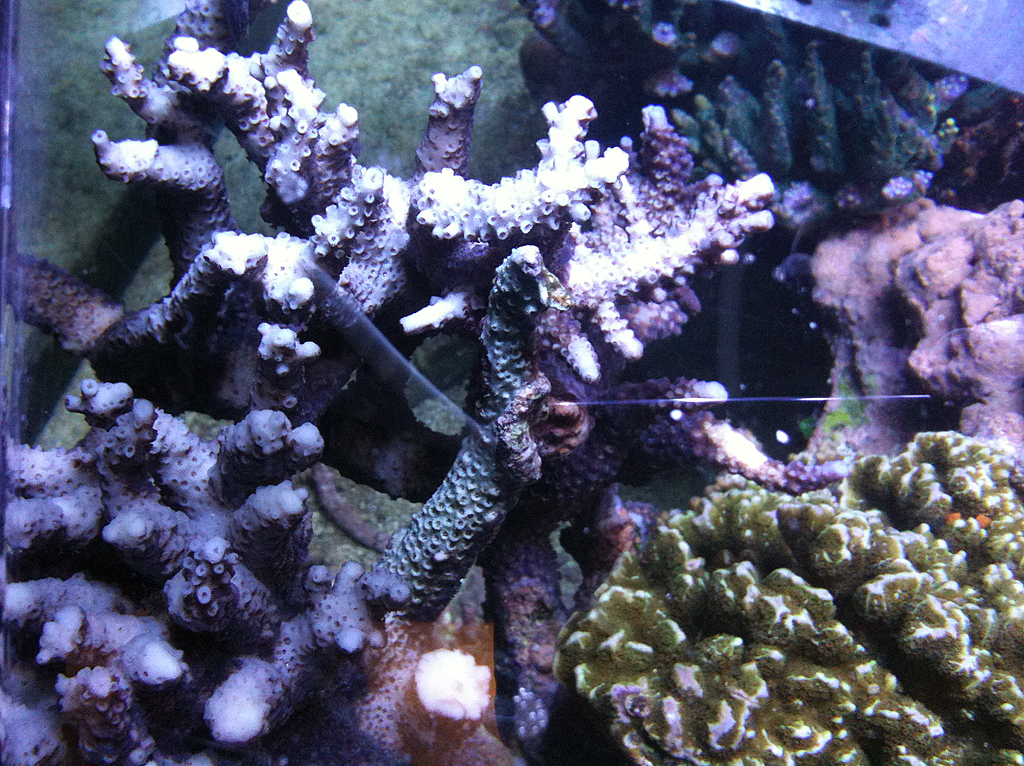 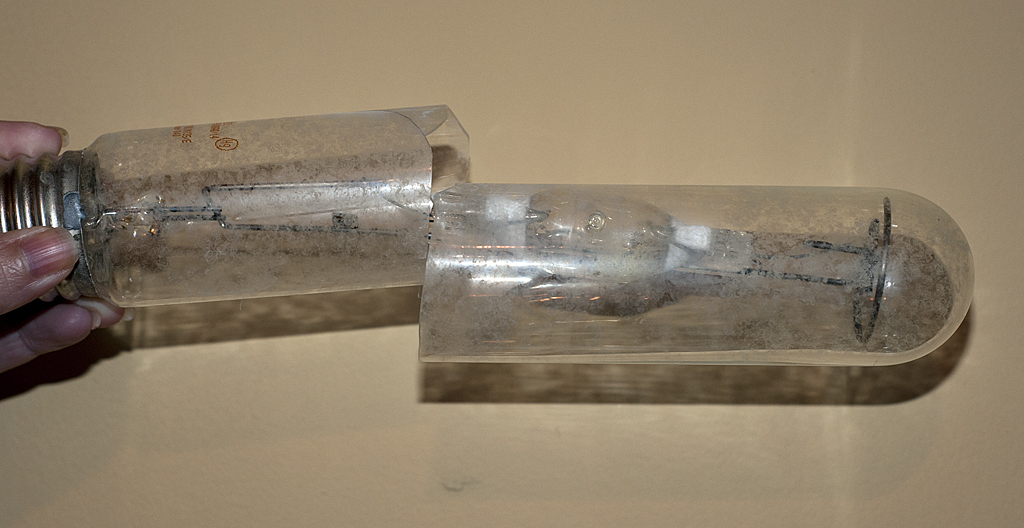 revealed the cause – water splash on the bulb. We were a little baffled at first as to why a tank that has been running for 10 years suddenly had this problem. A few months ago we had added an additional circulation pump that basically went above the water line when doing water changes and was causing additional spray, some of which was ending up on the bulb. !

A word of warning in case this ever happens to you. DO NOT look at the bulbs when they are on. Turn them off first before looking at the bulb to inspect for problems. The outer bulb of the MH lamps is made from special glass that absorbs the harmful UV A,B and C produced by the inner bulb where the arc is generated. This can cause harm especially to the eyes and skin.  It also further illustrates that a well designed lighting setup should have metal halides in an enclosed fixture.