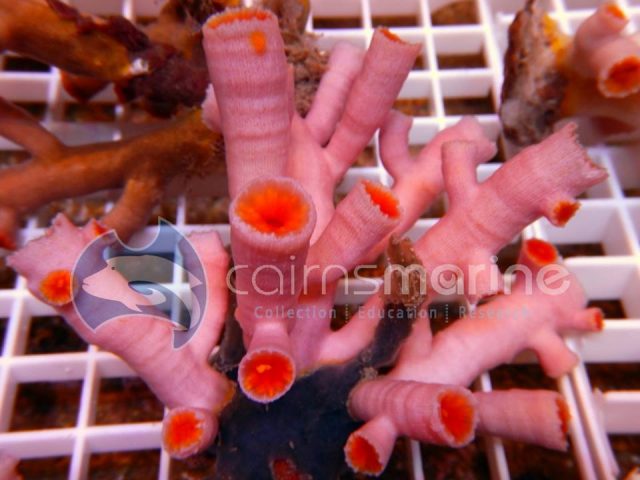 An exciting new species of sun coral has appeared once again in the aquarium trade thanks to Cairns Marine. These are some of the best photos yet of this peculiar species, clearly showing the attractive bicolored polyps and elongated, weakly branched morphology of the colony. 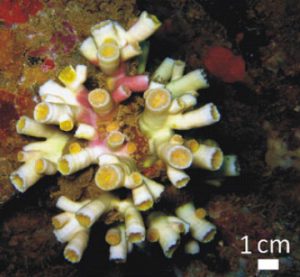 The recent molecular study of Arrigoni et al 2014 highlighted a coral very similar to this as an undescribed species of Tubastraea. It shows an interesting mix of traits commonly associated with Dendrophyllia—specifically, the branching nature of the colony’s shape. This coral’s closest relative was suggested to be a small, short-polyped species which these authors identify as T. coccinea—a name commonly applied to the large, rounded colonies that are abundantly collected for the aquarium trade. 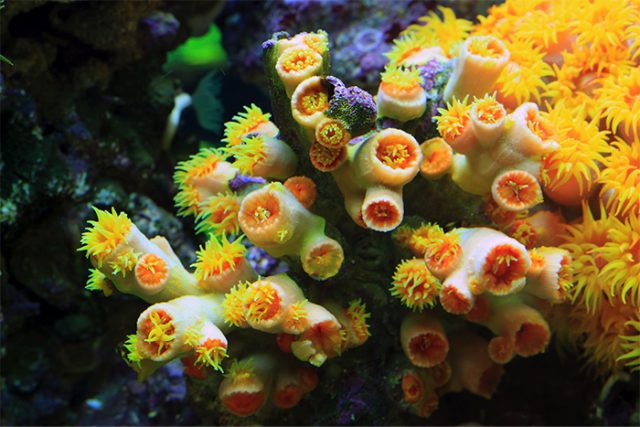 Another possible example of the Bicolored Sun Coral. Credit: Ngai On 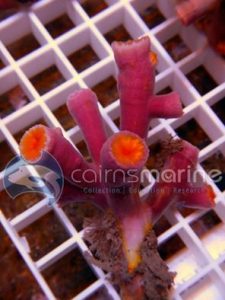 In my recent review of this group, I referred to this species as the Bicolored Sun Coral, in reference to the contrastingly colored oral discs. Aquarium specimens have appeared before, but, as is standard for so many dendrophyllids, there has been little effort paid to identifying them as anything more specific than “sun coral”.  Not much else is currently known about this undescribed species, aside from its stated preference for deeper waters (~35m). Whether it fares well in captivity has yet to be reported, which highlights the importance of correctly identifying the many different species in this group. Not all sun corals are equally well-suited for captive care, as can be seen with the nearly impossible to keep Pink Branching Sun Coral (Dendrophyllia sp.) which appears with some regularity.