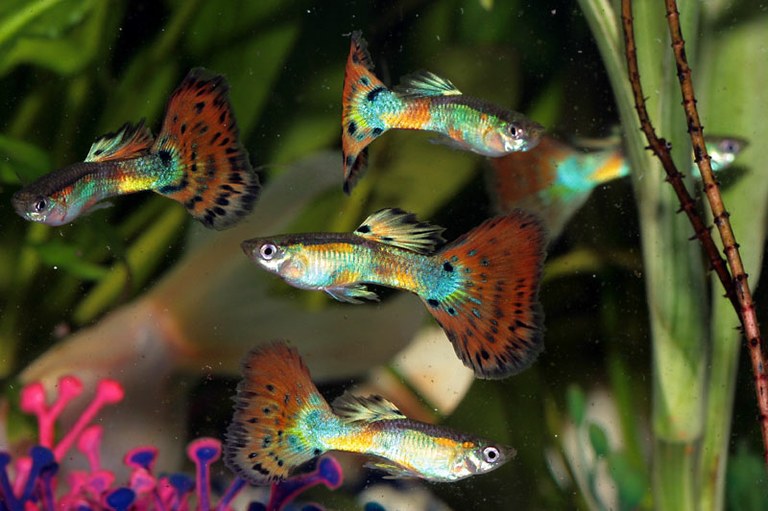 Male guppies are flashy, but it comes at a price. Photo by ‘maxxum3’


Researchers introduced a mixed population of male and female guppies with differing brain sizes in the same aquarium as a pike cichlid (the predator), then observed the population dynamics over the course of five months.

They discovered that the female guppies with the larger brains were significantly better able to escape the  cichlid compared to females with smaller brains.  However, the large-brained males showed no discernible improvement in survival rates compared to the small-brained males.

The researchers postulate that female guppies with larger brains had a cognitive advantage, which helped them evade predators.  So why not the males?  Big-brained males were still easy prey because of their conspicuous body colouration.  Their vibrant colors may make them sexually attractive to mates but also obvious targets for predators.  Males have the unenviable and impossible choice between being sexy or not being eaten.  This study further reinforces the idea that mating success is a stronger evolutionary force than “survival of the fittest.”