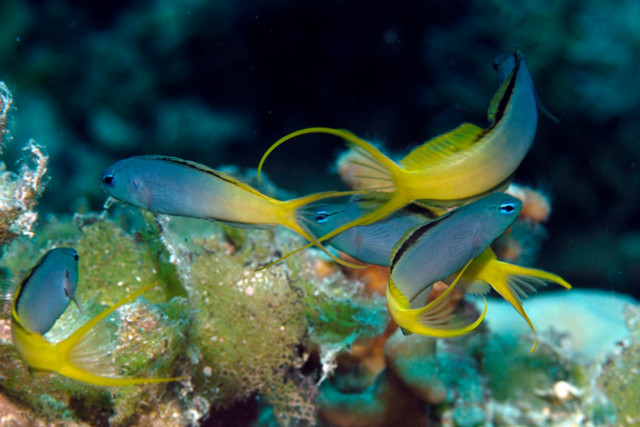 The Biogeography and Evolution of Meiacanthus

Blennies are common and familiar fishes to aquarists, generally thought of as benthic creatures who make a living rasping algae from rocks. There is, however, a major lineage that breaks free of this stereotype—the fangblennies of the Tribe Nemophini. The group, consisting of five genera and some 55 recognized species, can be diagnosed by the enlarged canines of the lower jaw. Species vary from the benthic, anguilliform Xiphasia to the shoaling, benthopelagic Meiacanthus. Mimicry is a common theme across nearly all of the genera, with some species (e.g. Petroscirtes) imitating venomous species, while other (e.g. Aspidontus) feed on fish scales by mimicking cleaner wrasses, and still another genus (e.g. Plagiotremus) mimics venomous species while also being a scale-eater. For such a small and cohesive group of fishes, the ecological and behavioral diversity is truly remarkable.

Meiacanthus, with 28 species currently recognized, is by far the most diverse genus. Unlike others in its tribe, these fangblennies have a groove running along the enlarged canines which feeds into a venom gland, with the precise configuration of this gland relative to the lower jaw bones being informative for deciphering the evolutionary history of the genus. The venom is potent enough that predators will routinely spit them out after receiving a bite from their prey. I was once bitten through an aquarium net, and I would describe the pain as akin to a quick pinch, followed by a brief moment of befuddlement and eventual realization of one’s own stupidity. 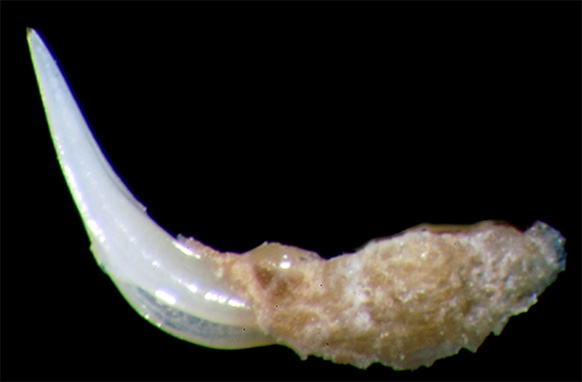 Several Meiacanthus are regularly seen in the aquarium trade, with a few being of rarer occurrence, and with a great many species yet uncollected. Unlike most reef fishes, Meiacanthus are benthic egg layers with a relatively short larval stage. This has allowed for captive breeding efforts to succeed in bringing several uncommon and endemic taxa to wider distribution.

These are, in my estimation, some of the most recommendable reef fishes. Despite their venomousness, Meiacanthus are completely harmless to other fishes around them, and even amongst themselves there is relatively little squabbling. These may in fact be the best small reef fish to keep in groups. What’s more, larger fishes are wise enough not to attempt eating them, so even a tank filled with groupers and lionfishes is likely to be safe for adding a fangblenny. And, as these are primarily benthivorous and zooplanktivorous on small invertebrates, there is no worry about them damaging corals. But, despite their affordability and their many redeeming qualities, Meiacanthus are not terribly popular fishes in the aquarium hobby. Only the bright yellow Fijian M. oualanensis seems to have any real demand amongst the average aquarist. 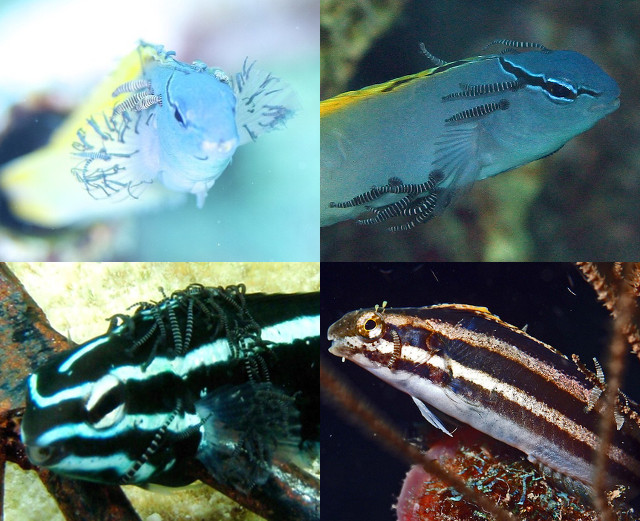 Meiacanthus are highly susceptible to a striped leech. The related Petroscirtes is also a host. Credit: Hiroshi Shinogama, kiss2sea, unknown

Worth mentioning is the difficulty that many wild-collected specimens have in acclimating to aquarium feeding. Those species (e.g. the mossambicus Group)  which specialize in pecking at benthic invertebrates seem to have the most difficulty accepting aquarium foods. It might take weeks or more before a specimen graduates from picking at the rocks to plucking frozen foods from the water column. (I once had a M. smithi that took four months before accepting frozen foods.) And so, it is highly recommended not to purchase a specimen without confirming that it is eating. A fish which looks emaciated and is ignoring food will often end up perishing in short order, especially in smaller aquaria.

The diversity within this genus is divisible into eight discrete clades, with all but one confined to the West Pacific. This regionalism is unusual for such a diverse group of reef fishes, and I can think of no obvious explanation for it. Presumably some combination of habitat preference and reproductive biology might be limiting the dispersal of the West Pacific groups, but more study is needed to determine just what these limiting factors might be. 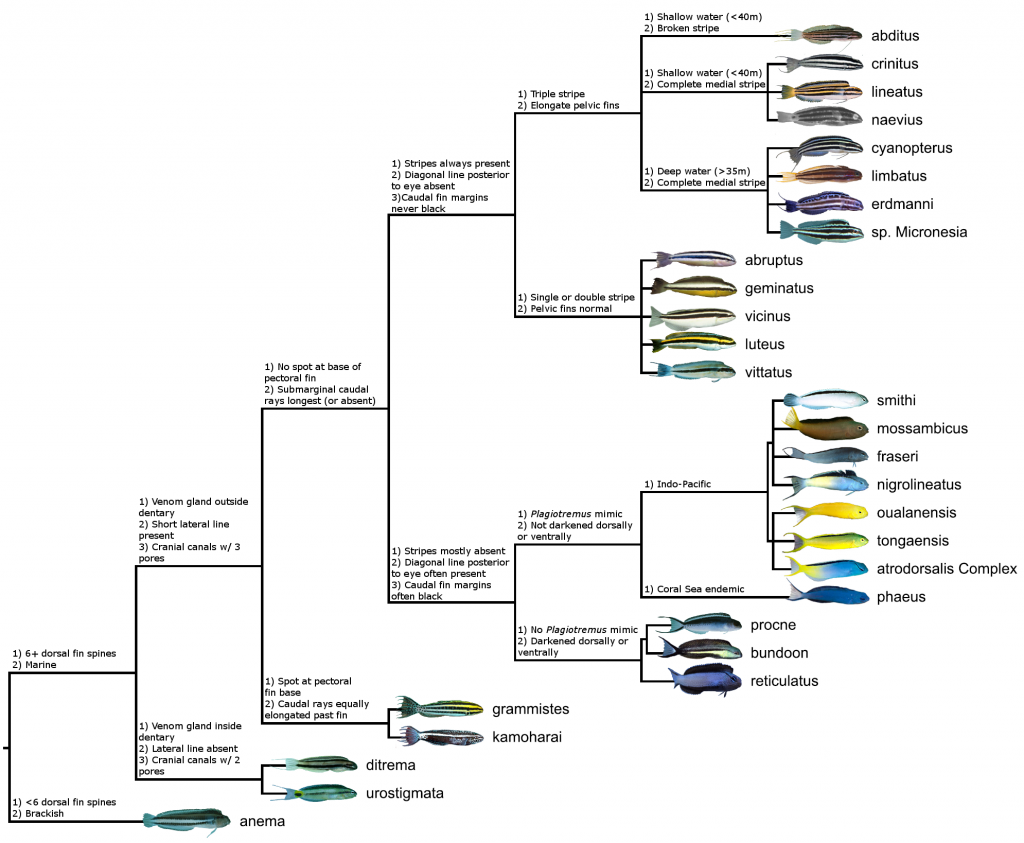 The phylogenetic tree presented here is of necessity based on morphology and color patterns alone. There is not yet sufficient genetic study on this group to make any informed decisions. Three subgenera have been recognized: Allomeiacanthus, Holomeiacanthus, Meiacanthus. The first two subgenera show evidence of a more rudimentary venom gland, as well as differences in some fin spine counts. The bulk of the species diversity (25 of 28 taxa) are placed in Meiacanthus sensu stricto, whose members are highly uniform in most meristic counts. Still, in spite of their uniformity, the numerous species are easily classified into cohesive groups based on nuances of their biogeography, fin shape and color patterning.