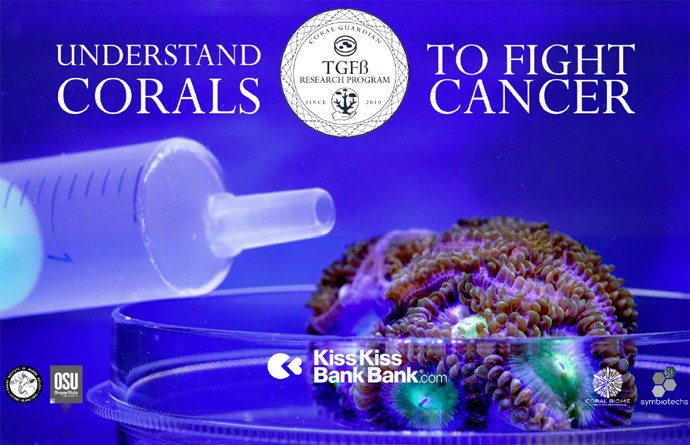 TGFB-Beta is a molecule in zooxanthellate corals that science believes may play a role in allowing the important symbiotic relationship between coral and algae to happen.  In essence, it is believed this molecule tells the coral to “tolerate” the life-sustaining zooxanthellae instead of treating them like some foreign invader, which gets “attacked” by the host animals’ immune system.  When temperatures rise, some researchers theorize that the heat may confuse the corals who no longer recognize zooxanthellae as allies anymore.  Bleaching ensues.

However, not much is actually known about TGFB-Beta’s role and mechanism within corals.  And that’s why Coral Guardian and Symbiotech want to research the subject.  The primary goal is to better understand TGFB-Beta and the causes of coral bleaching.  In the bigger picture, the biotech firm Symbiotech hopes that helping to preserve coral reefs – which are a vast depository of untapped chemicals – can also help them develop drugs to combat cancer, HIV, Alzheimers, and other human diseases.

Donations will be used to “cover the costs of transportation, housing, leasing laboratories and molecular biology reagents and labware.” Visit the project’s KissKissBankBank crowd-source funding webpage to learn more or to make a contribution.