Birdsnest corals do not adapt well to different conditions 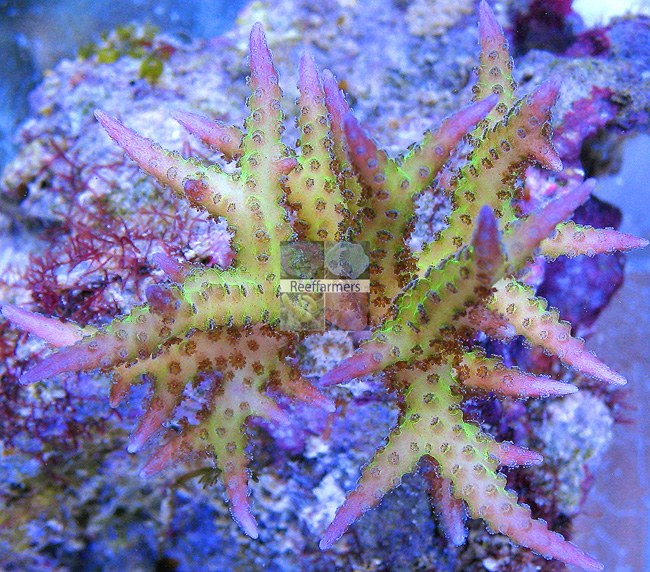 
Most of you know about corals’ symbiotic relationship with the algae (called zooxanthella) that live within their tissues. Through photosynthesis, zooxanthella provide corals with most of their energy; After all, this is why you spend so much money to light your reef aquarium.  The zooxanthellae found in corals belong to the genus Symbiodinium.  There are actually many clades (“varieties”) of Symbiodinium, and each is particularly suited for different environmental variables such as light levels and temperature tolerances.  And science has shown corals can alter the make-up of Symbiodinium clades to adapt to new conditions.

Well, maybe not all corals.  It turns out Seriatopora hystrix do not readily adapt new clades of zooxanthella like other SPS (Acropora sp. Montipora sp. et al.).  A new study published in BioMed Central’s Evolutionary Biology science journal concludes that “the ability to ‘shuffle’ or ‘switch’ symbionts is restricted in S. hystrix.”  In other words, birdsnest coral tend to keep the type of symbiont they start out with, even if new conditions cry out for different zooxanthallae.  Researchers transplanted S.hystrix from three distinct reef habitats – ‘Back Reef’, ‘Upper Slope’ and ‘Deep Slope’ – and discovered Symbiodinium clades remained the same 14 months after transplantation to new reef habitats.

If you’ve got a birdsnest coral that isn’t growing well (and these suckers grow like weeds under ideal conditions), there is a good chance you simply do not have your frag/colony situated in the right spot.  Do not expect your birdsnest to adapt … at least not for 14 months, according to the study.  I have heard multiple birdsnest keepers say their frags grew excruciatingly slowly for many months but then suddenly started to grow rapidly for no apparent reason.  This may suggest that S.hystrix may eventually adapt new zooxanthallae to cope with their new environments.  It just might take a very long time.  Reefkeepers with early generations of the Ponape Birdsnest (first widely available in 2003 through Reeffarmers.com (read the history of this coral) had difficulty growing them in anything but low light conditions.  However, recent frags available through places like ORA appear a lot more tolerant of different lighting conditions.  This suggests that over the past eight years, captive Ponape Birdsnest may have slowly adopted more tolerant clades of Symbiodinium as they were traded from tank to tank to tank.  This is further proof that captive frags are indeed hardier then wild colonies.