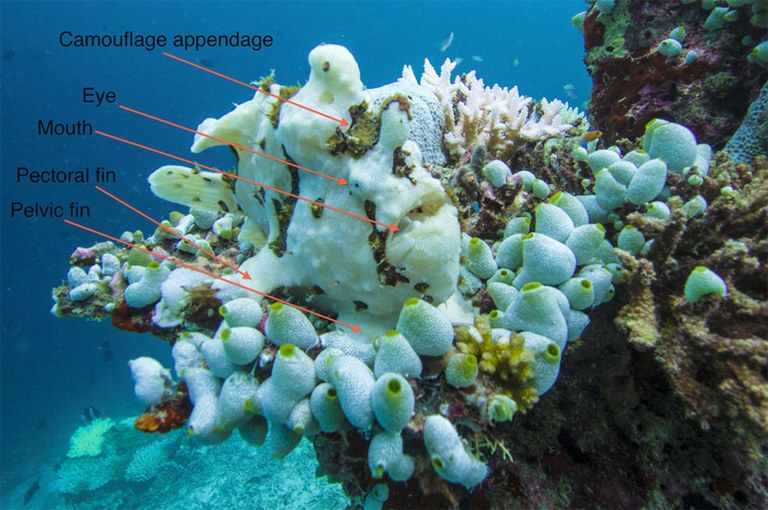 A super-white frogfish rests against tunicates and a bleached Acropora


This starkly white warty frogfish (Antennarius maculatus) was observed camouflaging itself against multiple fully bleached corals at 10 m depth in the Maldives, where a major bleaching event had recently occurred in April to May 2016.

Antennarius sp. are known to change their colors to match their environments.  Might the rare white frogfishes that occasionally make their way into the aquarium trade actually be because these specimens were collected from areas of recent bleaching events?  And do these frogfish (both in the wild and in captivity) change to different colors once the coral reefs regain their health (and color)?

The same frogfish is observed squatting against a bleached Goniastrea sp. brain coral