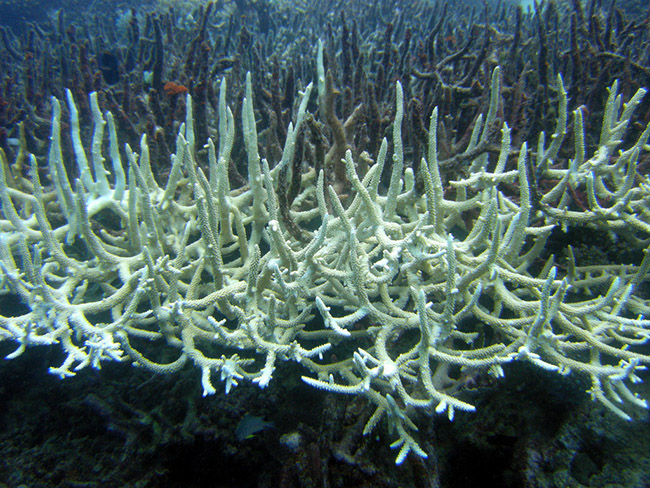 Researchers have found that fish living on reefs that are covered in algae, due to coral damage from bleaching, are at a greater threat from predators than fish living on healthy reefs.

“Baby fish use chemical alarm signals released from the skin of attacked individuals to learn the identity of new predators,” said Professor Mark McCormick from the Australian Research Council Centre of Excellence for Coral Reef Studies at James Cook University in Australia in a press release.

“They mix the alarm cue from their wounded buddy with the smell or sight of the responsible predator, allowing them to learn which individuals are dangerous and should be avoided in the future.

“We found that the chemical alarm only worked on damselfish on live coral. Their counterparts on dead coral failed to pick up the scent.”

Dr Oona Lönnstedt from Uppsala University in Sweden, with which James Cook University collaborated on the study, said: “If the process of cataloging and avoiding predators is hindered in some species by coral degradation and loss, then much of the diversity of reef fish could be lost too. Many reef fish need specific habitats that only healthy coral reefs can provide.”

“The Great Barrier Reef is currently experiencing the worst mass coral-bleaching event in its history and coral cover on the majority of reefs is declining sharply,” said Prof McCormick. “If dead coral masks key chemical signals used to learn new predators, the replenishment of reefs could be seriously threatened.”

Coral reef bleaching events have been of increasing concern to scientists over recent years; human induced and natural pollution such as runoff from agriculture or dust from degraded land can damage corals and increase the amount of algae on reefs. 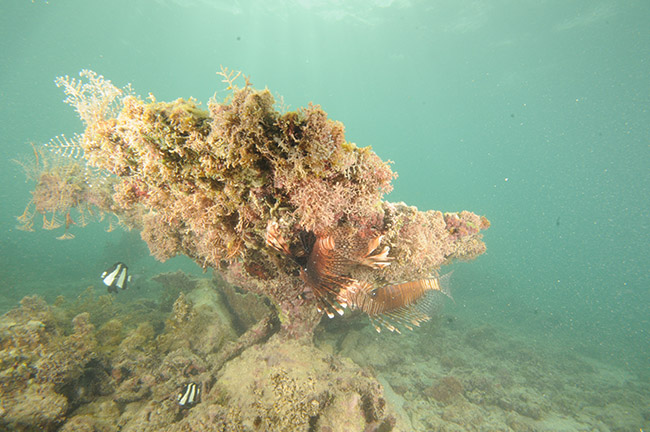 A highly degraded and algae covered reef in the Indian Ocean

You can read the press release here: