Blue Harbor Has Rare Fish Like Most Stores Have Damsels 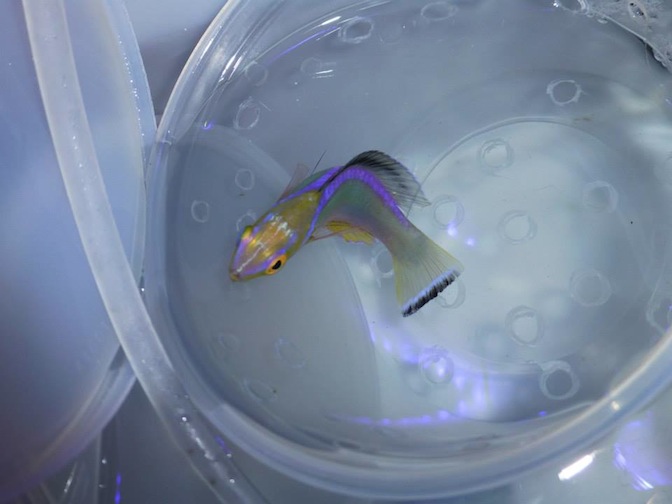 Blue Harbor has been on a tear lately, importing more rare fish than we’d ever expect to find in decade’s worth of aquarium keeping, let along just one week’s worth. Last week, they shocked the aquarium world with nine peppermint angelfish and a pair of Cirrhilabrus claire wrasse. This week, they keep the rare fish going. Apparently, Koji Wada worked his magic once again and secured a jaw dropping male C. claire wrasse, a few narcosis angelfish, a rather unknown Bodianus kimura hogfish, and a lovely red stripe basslet. These all came in on a single shipment from the South Pacific, and they further secure Koji’s spot at the top of the rare fish mountain. Stores here in the US might get the occasional rare fish or high end coral, but never has anyone imported a string of fish like Koji. MORE: Blue Harbor Has Rare Fish Like Most Stores Have Damsels