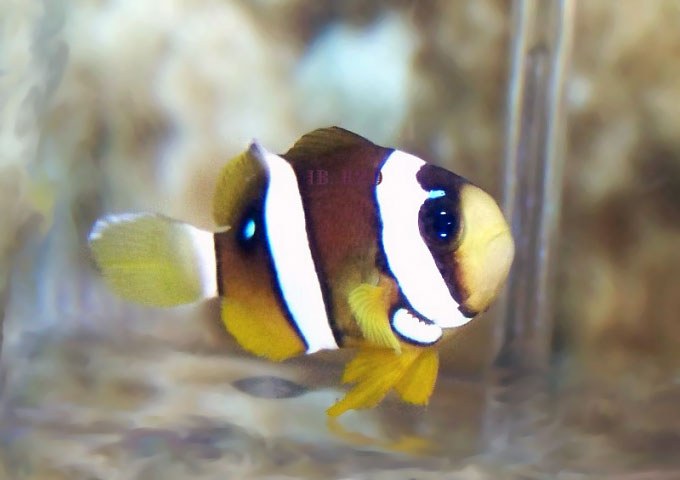 iBluewater received shipment of three of these beauties and currently has two available for sale (in quarantine).  They are asking $275 each or $545 for the pair.

The Blue Spotted Picasso Amphiprion clarkii is a first generation captive-bred clownfish.  A pair would make for an excellent broodstock opportunity for clownfish breeders.

iBluewater hopes to receive two more of these clownfish variants by the end of August.

These are not the first Picasso Clarkiis we’ve seen.  Amongst a handful of other sightings in recent months, Aquanerd posted about another amazing Picasso Clarkii that turned up in the UK earlier in the year.  However, these Picasso Clarkiis are the first we’re aware of to exhibit the blue-spot gene expression.  A.clarkii are destined to be the next major “designer” species of captive-bred clownfish, following the path blazed by A.ocellaris and A.percula breeders.