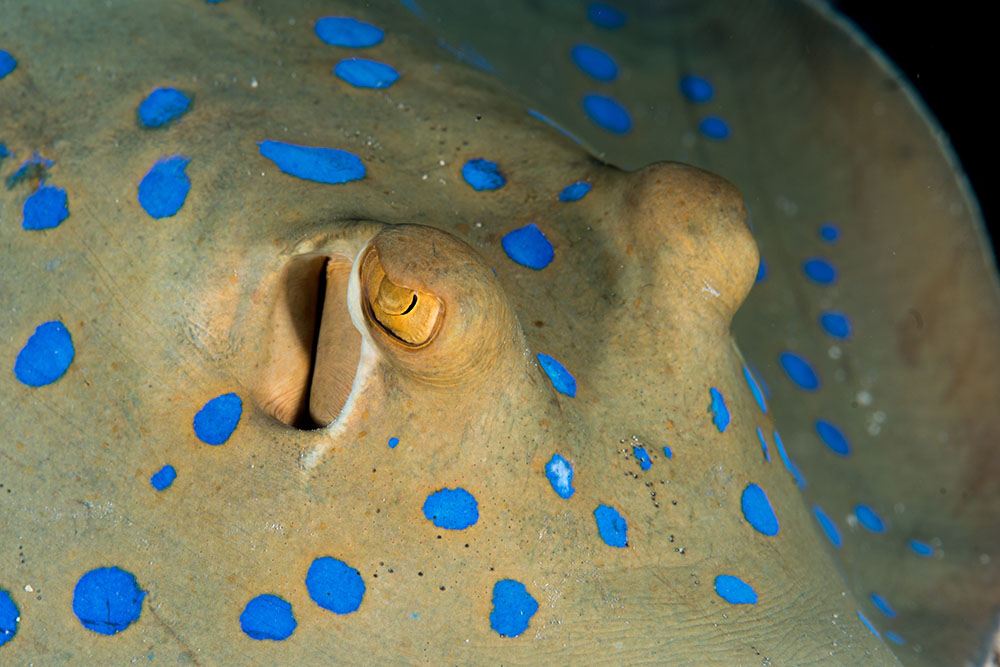 If you take a look at most images of rays, you will note two things.  They’re pretty flat and they’re also a little boring in the color department.  Taeniura lymma seems to have rejected the second category and appears to be proud of its vivid blue polka dots.  Here’s a little about this amazing animal. 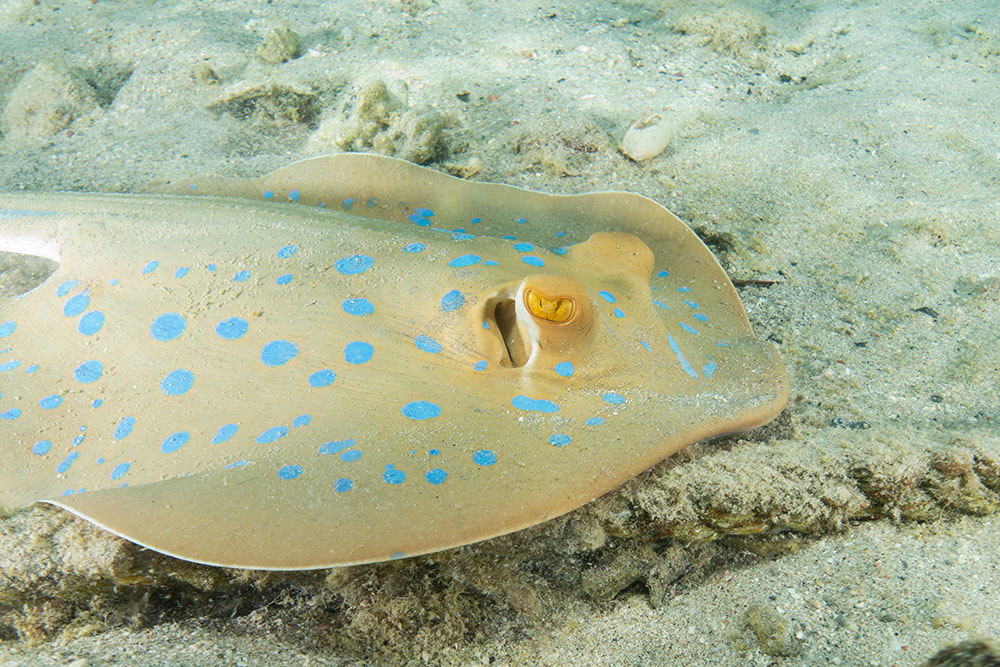 The Blue-spotted Ray is a well-distributed member of the Dasyatidae family, the Whiptail Stingrays.  It is sometimes called the Blue-spotted Fantail Ray.  It is found across the tropical Indo-pacific Ocean and into the Red Sea, where it is without a doubt the most commonly-photographed of its kind.  Partially this is due to the fact that it doesn’t bury itself as often as its relatives, though as it excavates the substrate, looking for invertebrate food, it usually develops a dusting of sand. 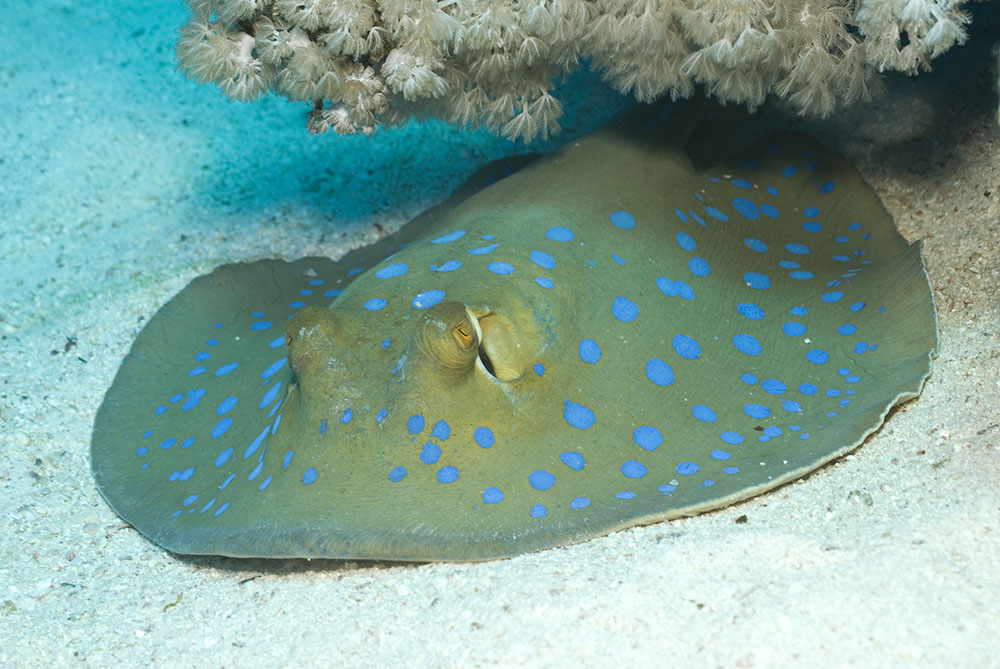 The ray spends a lot of the day sheltering under overhangs rocky reefs.

The ray is capable of inflicting a wound with its venomous tail spines, but I have not yet heard of anyone who has received an injury from it.  Whilst they are timid they are fairly easy to approach for a close-up. 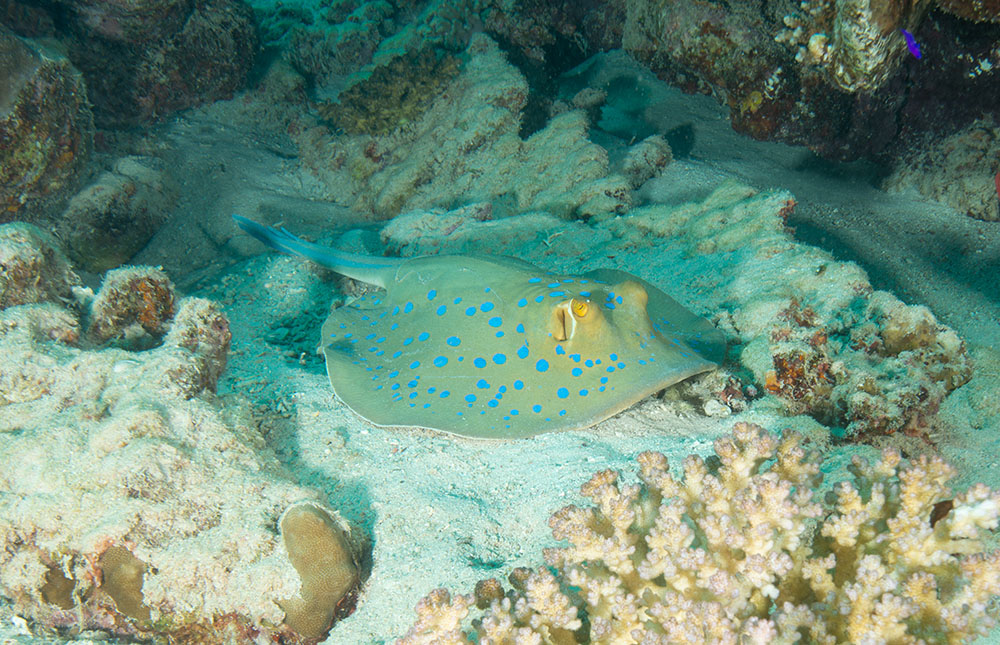 Some public aquaria maintain these fish but they are not suitable for captivity in the home.