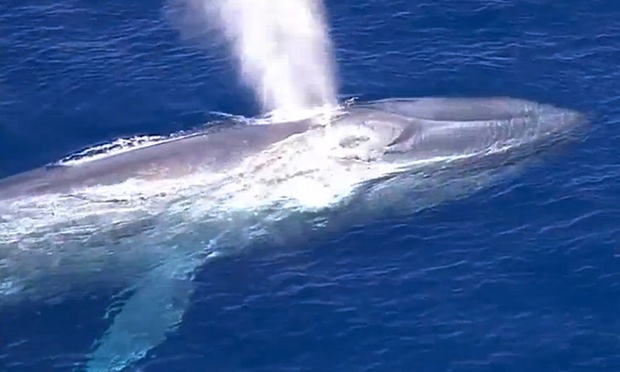 On Friday, the U.S. Coast Guard, NOAA (the National Oceanic and Atmospheric Administration), and a whale rescue expert responded to a distressed Blue Whale that was entangled in fishing line and tethered to a red buoy, off the California Coast. The rescue team worked until Friday evening to try and get the Blue Whale free, and then suspended the rescue efforts at nightfall. When the team returned the next morning, the whale was gone. Search efforts went into effect almost immediately. A plane, a helicopter and a boat searched all day Saturday for the Blue Whale, without any success.  On Monday, a boater reported spotting the missing blue whale, still entangled in the netting and carrying the red buoy,near the Coronado Islands in Mexico. NOAA stated that they will continue the rescue efforts if the Whale comes back into the United States’ territory, and that they have a contact with a rescue team in Mexico, should the Blue Whale remain in their waters. With lengths up to 100 feet and weighing up to 150 tons, Blue Whales are the largest extant animals and the heaviest known to exist on the planet. Blue Whales are one of the World’s most endangered whales. Let’s hope the rescue team, whether in Mexico or the United States, is able to find this whale and remove the fishing line and buoy soon. MORE