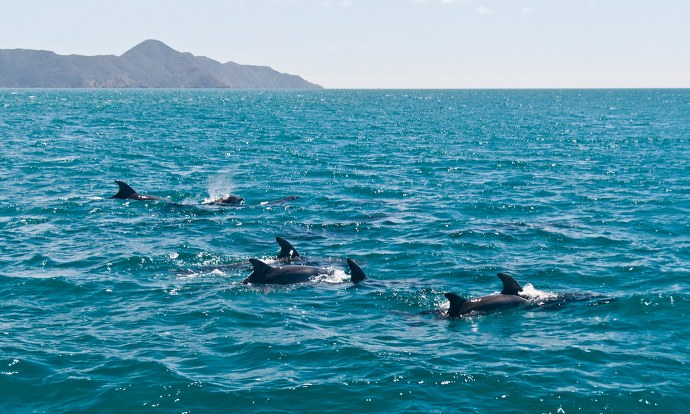 
This finding to date has only been found in humans and in Shark Bay bottlenose dolphins and was reported recently in the journal Proceedings of the Royal B Society.

In a nutshell, what Dr. Connor and others found was that male bottlenose dolphins of Shark Bay, Australia are highly complex in their social behavior. Over the five year period that these dolphins were studied, the researchers observed a myriad of different social behaviors and interactions especially with the males as their ranges highly overlap with other bottlenose dolphin pods.  When new pods meet, each member of the group needs to know how to respond appropriately.

What the Connor and others found was that the bottlenose dolphins interact at least three different ways:

According to Dr. Connor, it takes very high intelligence in an animal species to be able to navigate the different social interactions that are required to maintain this sort of society.