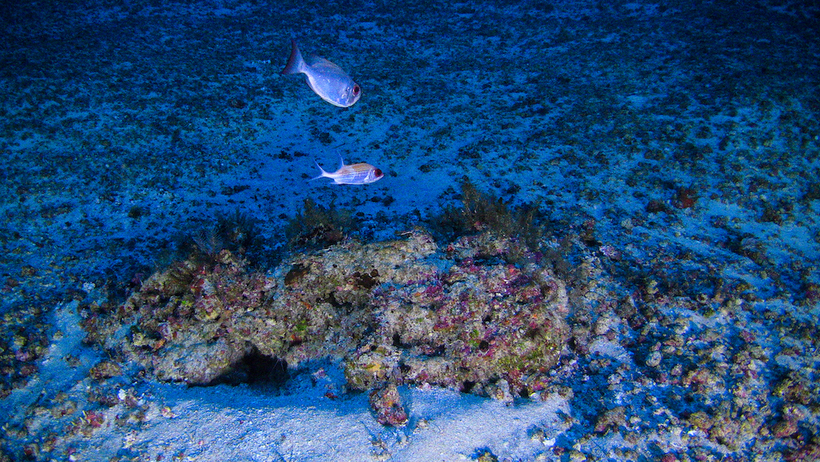 2016 saw a lot of interesting news, and one of the most popular, widely-read pieces to come from the field of science was about a brand new coral reef that was discovered near the mouth of the Amazon River. The only problem? The “brand-new” reef has aleady been discovered – twice, actually, once in 1977 and again in 2015. Luiz Rocha, Associate Curator and Follett Chair of Ichthyology at the California Academy of Sciences, published a fantastic article in the Huffington Post that tells the real story:

“Unfortunately, when the story broke, I was diving in the Philippines and did not have time to clarify the headlines (mainly that this is not a new discovery), but the reef is back in the news because it is being filmed for the first time. Now that I’m back at my desk and exciting new footage is bringing much-deserved attention to this reef system, it’s time to set the record straight.

It all began in May 1975 when a scientist from the National Museum of Natural History at the Smithsonian Institution, fish expert Bruce B. Collette, went on a research cruise to a previously unsampled area off the mouth of the Amazon River. He—the true discoverer—sampled 57 sites along a ~700 kilometer line parallel to the Amazon mouth and found fishes typical of coral reefs in 14 of those sites. He also found several species of reef sponges and after sending them to the Smithsonian’s sponge expert, Klaus Rützler, they concluded that there was a complex reef in the area supporting diverse groups of reef-associated animals of Caribbean origin. The reef is described as so rocky at its southern portion that it couldn’t be sampled with their shrimp trawl (the southern portion is also identified by modern papers as the most complex area). Back then, this remarkable discovery received no public attention…”

The article goes on to discuss the research around, exploration of, and publication about the reef through the years; it’s a captivating article, and I highly recommend checking it out.

He concludes with an important message:

“The recent rash of sensational reporting has had one positive effect: because of the sheer force of media attention surrounding the “new discovery”, the Amazon reef, which is threatened by overfishing and oil and gas exploration, might finally get the protection it deserves. However, now (more than ever), we have to be critical of misleading science headlines and the bulldozing of foundational research that helps us understand and protect the planet. Whether you’re a scientist, a journalist, or just simply curious about fascinating global discoveries, it’s time to demand a truthful look at the stories that capture the headlines.”