Technology is ever-present in the lab as well as the hobby of reef keeping but scientists from Europe are now going to be taking their instruments directly into the field, or reef I should say. To better understand coral metabolism and respiration researchers from Denmark will be deploying remote operated vehicles (ROV) and high-resolution cameras to help them deploy lab equipment and take measurements. “Traditionally the metabolism of cold-water reefs are typically investigated by collecting animals and analyzing them in a laboratory. Preferably, however, researchers would like to do the opposite, and bring the laboratory to the seabed, where the reef can be studied in its own environment. Since cold water reefs grow incredibly slowly — about 5 mm per year — and are fragile habitats, we were looking at novel techniques that could be used on a reef to asses metabolism with little impact on the reef structures,” says Dr. Lorenzo Rovelli, Scottish Association for Marine Science (SAMS), visiting researcher at the Nordic Center for Earth Evolution (NordCEE), Department of Biology, University of Southern Denmark. 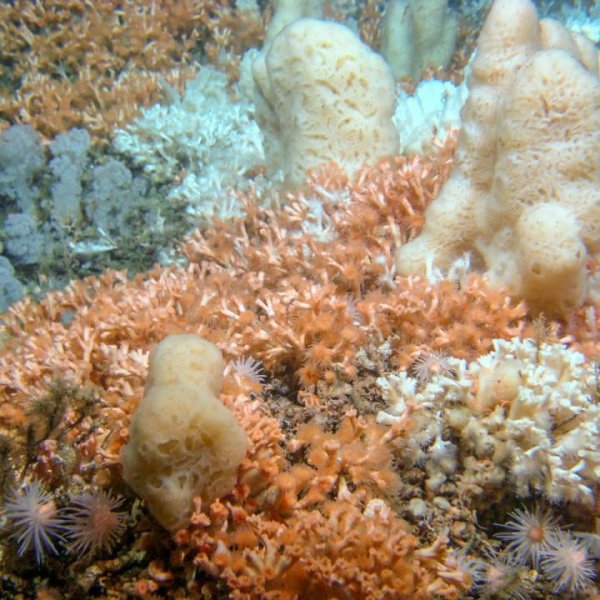 Employing a method termed ‘Aquatic Eddy Covariance’ the team will be able to simultaneously measure oxygen content and flow. “We are particularly interested in finding out how much carbon is being turned over by a reef — and by that I mean the whole reef community. The community consists of the corals, which are the engineers behind the reef structure, as well as all the other organisms that inhabit the reef: from large crabs to microscopic organisms. Currently, we still do not know if and to what extent such reefs are contributing to the global carbon budget.” Read more here!