Brittle Stars: Secrets of the Ophiuroidea 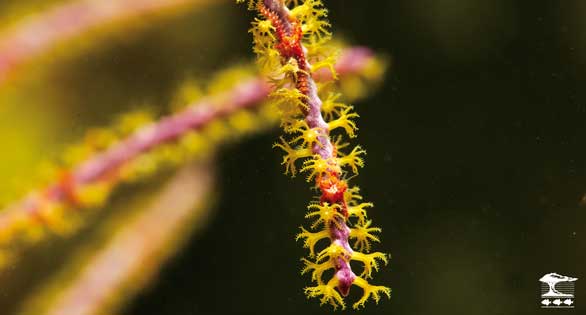 Ophiothela sp. on a zooxanthellate gorgonian. Although brittle stars are not main attraction in most reefs, they do make an interesting side show. By Daniel Knop Web Bonus Content from the September/October 2013 Issue of CORAL Magazine Additional Bonus Brittle Star Articles Brittle stars have a peculiar body plan. A round central body disc carries five, six, or even seven slender, radiating arms that move like snakes. The arms gave these animals not only their other common name, serpent stars, and their scientific name, Ophiuroidea (Greek: ophis = snake), but these appendages also repel some hobbyists —not everyone likes snakes. The tube feet of brittle stars have no suction cups. The arms of brittle stars, unlike MORE: Brittle Stars: Secrets of the Ophiuroidea