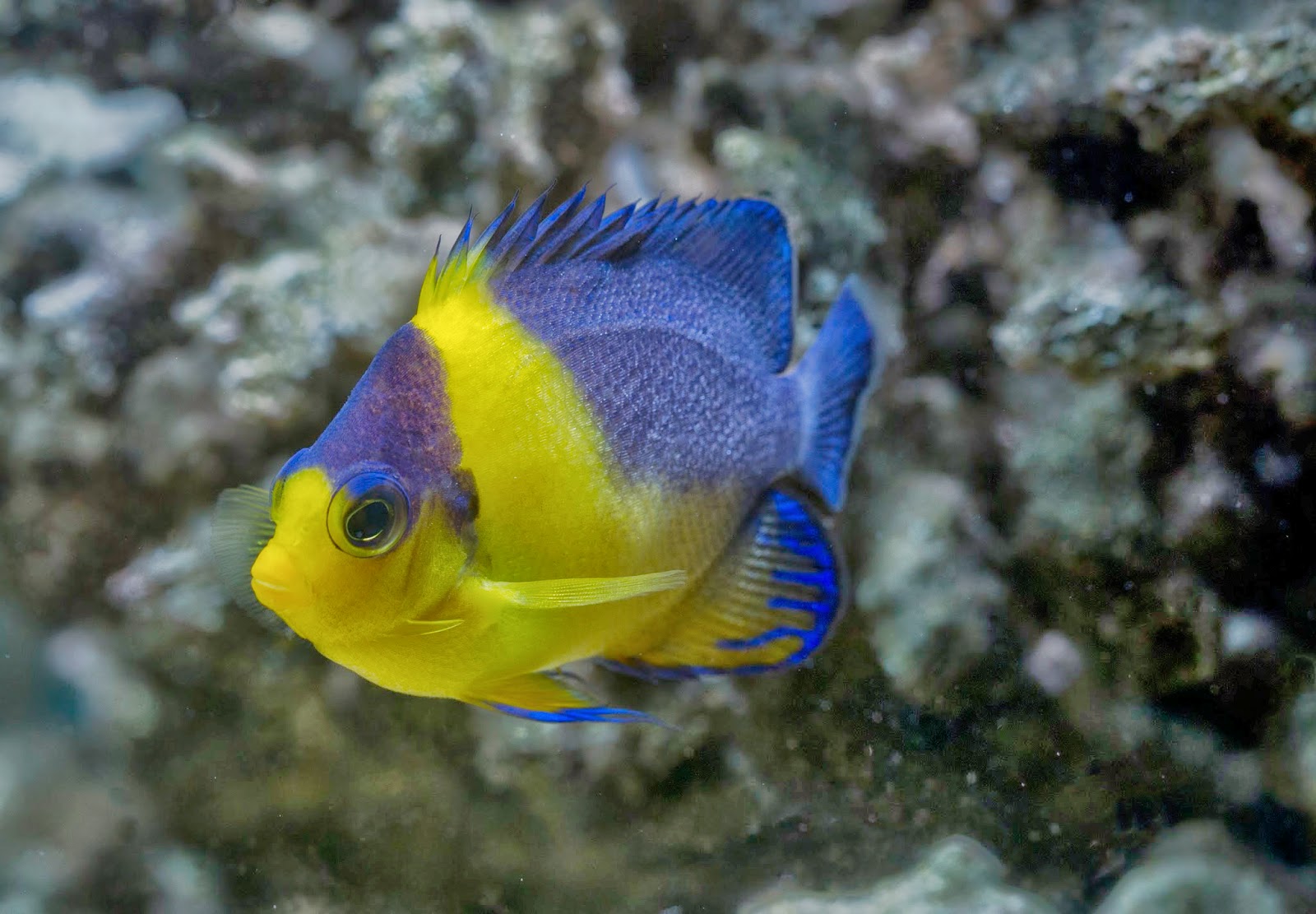 Paracentropyge venusta were identified as a good candidate for captive breeding since they often do not adjust well to captive life after being collected in the wild. A juvenile pair from Japan was established for broodstock. The immature fish were introduced to each other during quarantine. Due to the timid nature of this species, quarantine was a dark blue barrel with black plastic pipe provided as hiding places. Male P. venusta. Photo credit: Leighton Lum. The pair is housed in a 440 liter tank with a foot print of 122cm by 46cm and a height of 76cm to provide room for a spawning rise. They are housed with a pair of Red Sea Regal Angelfish, Pygoplites diacanthus and a single Multibarred Angelfish Paracentropyge multifasciata. Feeding occurs at least 3 times daily with a varied diet of frozen clams, table shrimp, Mysis shrimp, krill, Artemia, commercial frozen and dry food and nori. The mature male now measures 8.5cm total length; the female is slightly smaller at 7.5cm. The female has a 1-2mm, pale colored band at the precaudal region of the body. This band is present in small juveniles and may be a simple trait of sexual dimorphism for this species. Spawning began when the pair was just over two years of age.  Initial spawns were small and infrequent.  During the summer of 2013, spawns became increasingly larger with a higher fertility rate although still on an irregular cycle.  Spawns are now more regular and vary 300 to approximately 1000 eggs.  Pre-spawning chasing activity generally begins around 7:00pm which is 2 hours before lights out.  Spawning normally happens within 30 minutes of lights out. The eggs are approximately 700 microns in diameter with a single oil drop. They are positively buoyant and float at the water surface.  The eggs are then collected using a 500 to 600 micron mesh net. They are placed in a container with water from the broodstock tank and allowed to incubate over night without aeration.  Once the eggs begin to develop, the embryo becomes heavily pigmented appearing quite dark as compared to other angelfish eggs. This makes them easy to see and count. Fertile eggs hatch 16 hours after spawn at 27C. Special thanks to DJ Lineham of Tropical Fish Emporium for broodstock acquisition and species information.