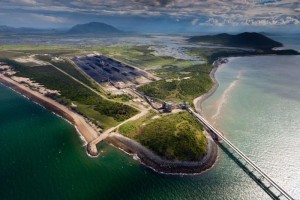 Well here’s some seriously troubling, ass-backwards news for you today. In the face of what seems to be the greatest deterioration we’ve yet to see over the past five years of one of the world’s most treasured reef systems, The Great Barrier Reef, Federal Government budget cuts are hacking $2.8 million from The Great Barrier Reef Marine Park Authority’s funds. As a result, five senior directors and an additional dozen staff members have accepted voluntary redundancies and are walking away from the organization. Some are calling this the Authority’s biggest loss of expertise in history. The budget cuts mean some programs, such as the climate change action program, will cease to exist. Paul Marshall, former climate change director and one of the five to take the redundancy, expresses that without the program his expertise is useless. This is quite unnerving considering one of the greatest threats to The Great Barrier Reef and it’s inhabitants is rising temperatures. As we know, the temperature increases and slow creep of ocean acidification will lead to a massive bleaching and growth stunting of corals, ultimately jeopardizing their survival. GBRMPA chairman Russell Reichelt is defending the  decision to restructure the Authority, boasting they still have “a very good team” despite the recent losses. “I do come with a lot of support from the staff and I feel confident that I can lead the agency in the right direction,” he said. In light of the current condition of the reef, and its forecast of continued deterioration, it could be headed to the World Heritage Endangered List over the next year. Sounds like “very good” is no where near good enough. The GBRMPA should be focusing on expanding, not downsizing, if they hope to make any sort of headway in the revival of the beautiful reef. Read more over at ABC News Australia and also watch exclusive interviews with three of the resigned directors, along with chairman, Russell Reichelt. 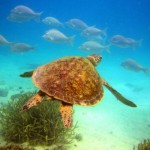 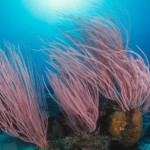