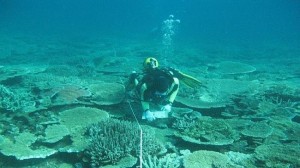 It’s pretty common knowledge at this point, especially to those who would even care to read these blogs, that a vast majority of our oceans are untraveled and unknown, so this news doesn’t necessarily come as a surprise. However, that doesn’t make it any less super exciting! Over the past three years, scientists of the Australian Institute of Marine Science (AIMS) and Torres Strait Regional Authority have been exploring what they’ve come to refer to as a “lost world”, the Torres Strait, one of the most diverse reef systems in Australia. Last week, the researchers came forward with their findings at the National Environmental Research Program conference in Cairns. Of the 279 regional hard coral species, 91 one of those were recorded as new to the region. During their explorations, they also recorded 301 species of fish, a few of them otherwise unheard of in that area. Sightings even included species normally seen in Papua New Guinea and the north-western Pacific (I really hope they found Caitlin’s Dottybacks).

The even better news? The reefs of the Torred Strait are in phenomenally good condition. Dr Scott Bainbridge of AIMS is curious as to the connection of the location of the reefs, the southern Great Barrier Reef, and the health of the resident corals.  It should be noted, however, that as vivacious as these buxom reefs may seem, no ecosystem is immune to the damaging effects of both natural and man-made threats. An early alert system is underway to notify researchers of bleaching or deterioration of the area to better understand the regional influence on the reefs, as well as enable a swift response is making whatever necessary efforts to maintain the system’s health.
We’ll be (im)patiently awaiting a list of the new species discovered, as well as a rundown of the traveling fish. Did I mention I hope they found  a Pictichromis caitlinae? 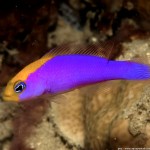