Burt’s Damselfish, A Colorful New Species From The Solomon Islands 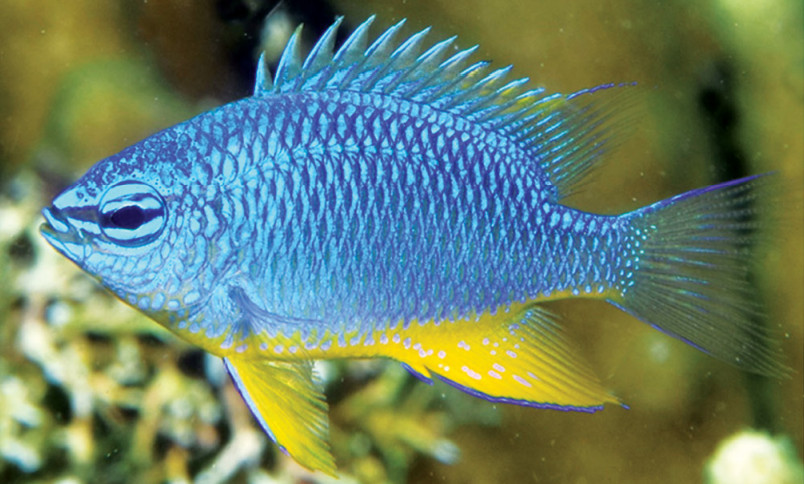 This lovely little damselfish, with its sumptuous mix of blue and yellow, is the latest to join the ever expanding Chrysiptera oxycephala group, bringing the total number of recognized species to six. These damselfishes aren’t often seen in the aquarium trade due to the rather dull hue of the adults (juveniles, on the other hand, are quite vibrantly patterned), but they are fascinating for those interested in the process of speciation among coral reef fishes. Seemingly every major geographic area in the Coral Triangle has its own unique variant in this lineage, though we are only now beginning to appreciate this. 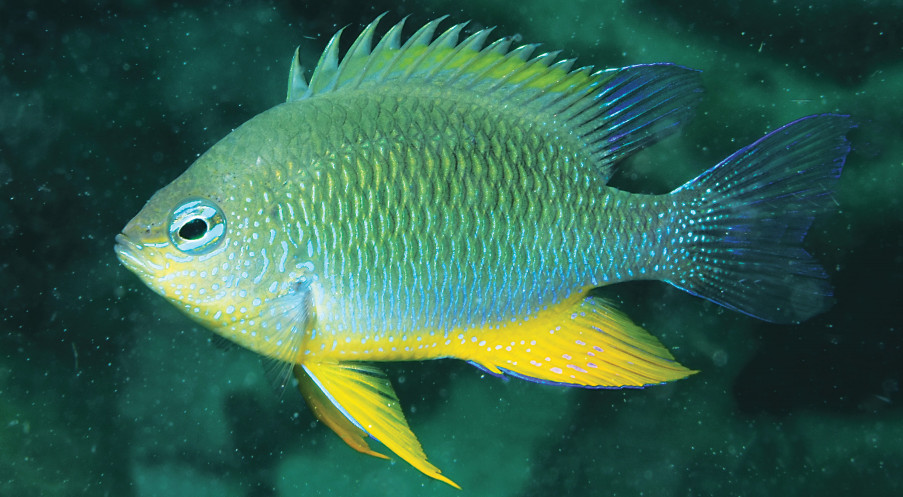 Burt’s Damselfish (Chrysiptera burtjonesi) is named for “photographer and underwater guide par excellence Burt Jones”, who has coauthored field guides to the fishes of the Bird’s Head Peninsula and Raja Ampat, as well as one of the nicer coral reef coffee table books, Secret Sea. Now, taxonomy is nothing if not romantic, and Burt’s wife and coauthor Maurine Shimlock also has a species named after her in this group. You’ll only find C. burtjonesi in the Solomon Islands, while Maurine’s Damselfish is hanging out in Cenderawasih Bay. The juveniles of C. burtjonesi are a bit less yellow than some of the others in this group, while the adult is somewhat bicolored, with a bright yellow belly that contrasts against the sides, which can appear green or grey. This is definitely one of those situations where a picture is worth a thousand words, so…

And this might not be the last new species in the oxycephala group. While the populations around New Guinea seem to be pretty well studied by authors Gerry Allen and Mark Erdmann, those from Indonesia and the Philippines—a vast region with its own prominent pattern of endemism—are still unresolved. The available genetic data would appear to indicate that some of the areas which have been studied (Lembeh, Palawan, Palau, Bali) are distinct from one another, but it remains to be seen whether this corresponds with the sort of visual differences we see elsewhere in this group’s biodiversity. How many of these bloody damselfishes are there?!