Newly appointed Professor Peter Ward, of the University Adelaide’s Sprigg Geobiology Centre is calling for a global ban on trade of the Nautilus sea shell. His efforts are stemming from a recent trip the Phillipeans where he found that the Nautilus is close to extinction as a result of overfishing and the demand from industries all over the world  “Nautilus has survived every single mass extinction event that’s been thrown at it over half a billion years, now it’s being wiped out by humans to sit on a bathroom shelf or as a pretty button on someone’s shirt,” he says. “The Nautilus situation we found in the Philippines was mind-boggling. The Philippines have been at the centre of Nautilis fishing for decades. Now it is just about extinct there. And it is not just Nautilus. In the same environments we found almost no larger fish at all where there should be large schools of many different species.” 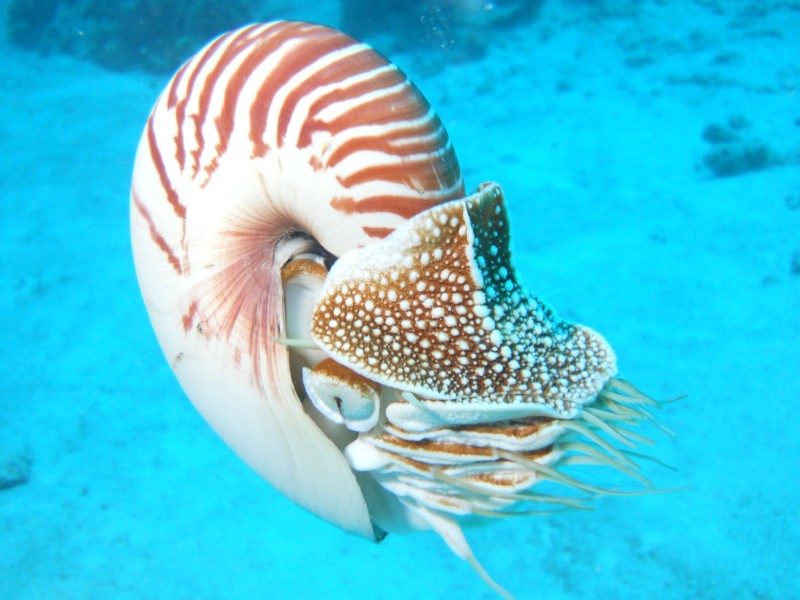 For the past four years Professor Ward has compiled data from Nautilus populations all over the world ranging from the Great Barrier Reef, to Fiji, from American Samoa and the central Philippine Islands. “Nautilus is the ‘canary in the coalmine’ of the deep reef environment,” Ward says. “It tells us about the health of our deeper reefs where little ecological study is done. When Nautilus isn’t there, we know that the other fish at those depths are also at risk from overfishing or other environmental factors. We cannot rule out high acidity and warming of these formerly cool, deep waters caused by climate change, and from rising levels of silt caused by nearby deforestation.” Read more here!