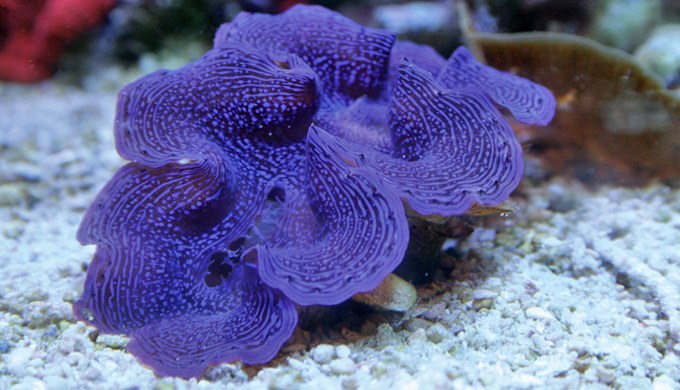 The clams were then exposed to three different CO2 levels (one at present day level and two at elevated levels projected for the end of this century) in order to observe the effects of acidification on these clams under the the three different light levels.

The researchers found that clams began to die after extended exposure to high CO2 levels under both low-light and mid-light.  However, all the clams under high-light survived.  Light levels also had a profound effect on the growth rates of the clams in elevated CO2 environments.  Says the study:

Light had a large effect on total animal and shell growth, with growth at the mid-light level approximately an order of magnitude or greater than growth at low-light, and growth at the high-light level an order of magnitude greater again than growth at mid-light across all CO2 levels. At low-light, all measures of growth were minimal and there were no differences among CO2 treatments. In contrast, high-CO2 reduced mass gain at the mid-light (112.8% decrease, p<0.05) and high-light (35.7% decrease, p<0.05) levels compared with control-CO2. Negative growth in mass was exhibited at high-CO2 at the mid-light level, since decreases >100% equate to negative growth.

The study shows how important light is to the health of photosynthetic giant clams.   The researchers postulate that their findings may also apply to other “solar powered” calcifying reef animals with zooxanthellae such as stony corals, but further research is required.

The high-light level (300 μmol photons m-2 s-1) in this study is comparable to what many modern reefkeepers use over their aquariums, with some lighting systems producing two to three times more light. Any reefkeeper knows that light is the life-sustaining force for a successful reef tank.  This study suggests that high light levels may also help your livestock better cope with stresses and husbandry shortcomings.

The study is published in PLOS ONE.