“Can you hear me now?” Deep sea fish may make sounds to communicate 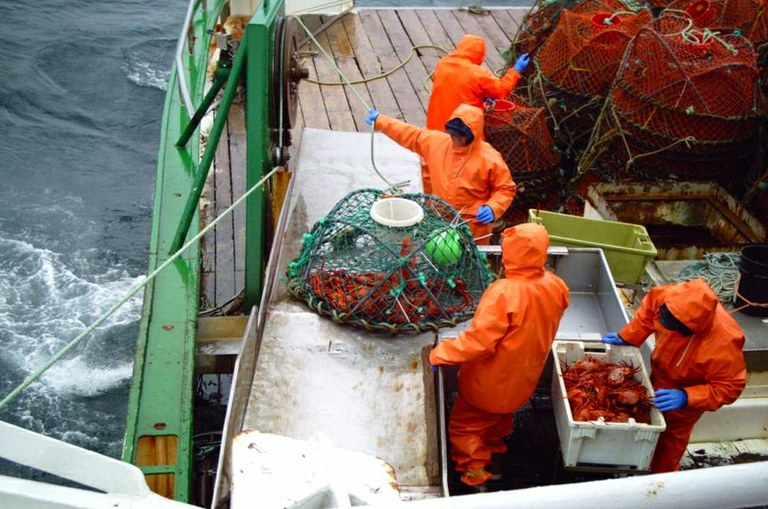 
Could deep-sea fish be using sound to communicate? Rodney Rountree, Francis Juanes and other researchers from the University of Massachusetts Amherst believe they could be.

Incredibly, very little research has been performed in the area of deep-sea fish vocalizations. There’s only been a handful of papers published on the subject as the big problem is (or rather was) the cost of recording equipment that could be deployed to great depths to actually capture the sound.  With recent technological advances, inexpensive sound equipment is now available to do exactly this.

What Rountree and Juanes did was repurpose a Nomad Jukebox (an inexpensive digital recorder) and connect it to a couple hydrophones. These electronic components were then sealed inside deep-water trawl floats that had a working depth of almost 2,000 feet which were then deployed in strings of commercial deep-water crab traps along Welkers Canyon which is off the coast southeast of Rhode Island.  The devices were then retrieved 24 hours later when the crab traps were hauled back in by the commercial fishing fleet.

“The recording contained a wealth of biological sounds including sounds from fin whales, Balaenoptera physalus, humpback whales, Megaptera novaeangliae, pilot whales, Glopicephala spp., and dolphins, Delphinidae, as well as frequent examples of at least 12 unique unidentified sounds that we attribute either to undescribed cetacean or fish sounds” commented Rountree and Juanes. “Most individual biological sound types were infrequent, but several distinct sounds labelled “drumming”, “duck-like”, “unknown 3”, and “unknown 6” occurred throughout the night and early morning hours. Most unidentified sounds that we attributed to biological sources had fundamental frequencies below 1200 Hz, well within the range expected for fishes. However, at this time we have insufficient data to distinguish between fish sounds and undescribed low frequency cetacean sounds.”

Rountree and Juanes have placed sound files of many of the sounds they encountered during this study up on their website fishecology.org. Here are a couple of examples of what they recorded:

“If sound is important to these deep sea fishes, it’s a whole area of ecology we need to know about” Rountree says. “One reason is that fishermen are exploring deeper and deeper water to make their catch, and we need to know such things as the baseline populations of food fish, their requirements for spawning, their essential habitat and other key aspects of their lives. We believe passive acoustic monitoring is an important tool in this study. And, it doesn’t harm the fish or their habitat.”