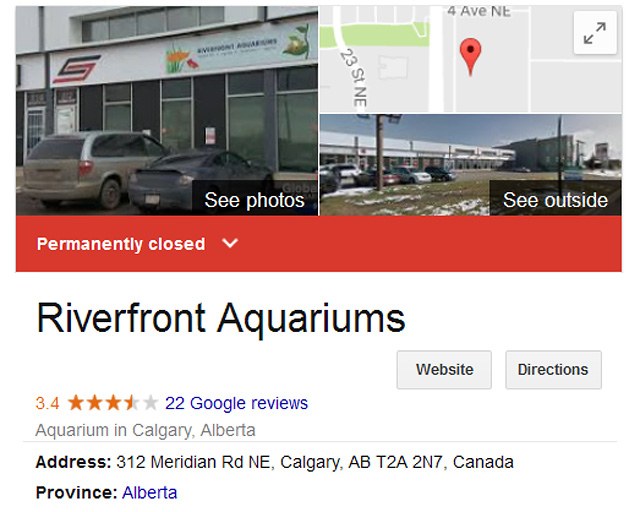 
Calgary Herald reports that on December 2, 2015, the Calgary Humane Society raided and seized 333 animals from Riverfront Aquariums, a local fish store in Calgary, on grounds of reported neglect and the poor conditions in which the animals were kept.

This week, the Canadian court, upon consideration of evidence and expert testimonies, found the pet store’s owners, Wayne Woo and Michael Chow, guilty of inflicting distress on the animals under their care in violation of Alberta’s Animal Protection Act. Wrote the presiding Judge, Heather Lamoureux in her ruling:

Lamoureux has ordered the permanent closure of Riverfront Aquariums and fined the store $20,000.  Furthermore, Woo was personally fined $4,000, the maximum penalty allowed under the Animal Protection Act, and the judge prohibited Woo from owning any pet (except his family dog) for the rest of his life.  Chow also received a ten-year prohibition.

Sadly, too many of us have seen pet stores who have no business keeping, let alone selling animals or giving advice.  As a fishkeeper, do you think the punishment fit the crime?  Too harsh?  Too lenient?  Should governments regulate animal care?