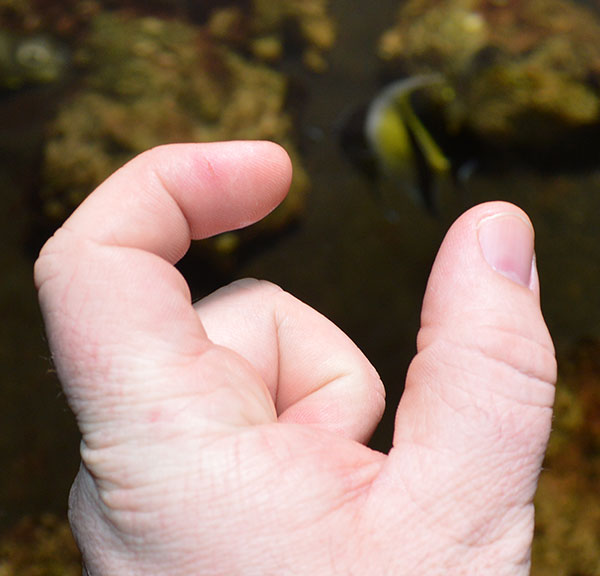 How close are we? “This Close”! It occurred to me that sometimes we use the phrase “this close” in idle conversation, often holding up our fingers perhaps a centimeter apart, as if to give an actual indication of dimension when what we’re really trying to convey is is not something so physically concrete. Instead, we’re talking about missing the mark by “that much”, 9/10ths of the way, the slimmest of margins. We’re talking about a cry from the back seat, demanding to know “are we there yet?” with 10 minutes left on the car ride. In other words, “This Close” might be something best summed up as simply a goal not met, an accomplishment narrowly avoided, also known as hearbreaking disappointment, but on the edge of greatness all the same. Or my personal favorite twist on a classic phrase, “snatching defeat from the jaws of victory” (yes you read that correctly)! The recent butterflyfish larviculture accomplishments by Frank Baensch & the Hawaii Larval Fish Project are nothing short of groundbreaking, but a captive-bred Butterflyfish is not here just yet.