Along with an international team, researchers from the University of Miami (UM) Rosenstiel School of Marine and Atmospheric Science simulated the impacts of elevated CO2 levels (and associated decrease in pH, aka ocean acidification) on the calcification rates of Eunica fusca, a species of soft coral known as gorgonians. 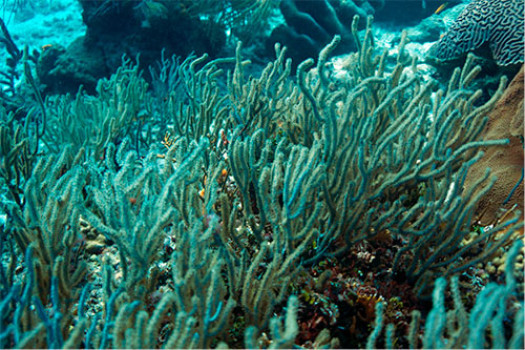 Ranging through the Caribbean from the Gulf of Mexico to the Bahamas, frags of Eunica fusca were collected and subjected to mid and high levels of CO2 concentration allowing researchers to “suggest that gorgonian coral may be more resilient than other reef-dwelling species to the ocean acidification changes that are expected to occur in the oceans as a result of climate change,” said Chris Langdon, UM Rosenstiel Professor and Director of the Coral Reefs and Climate Change Laboratory. “These findings will allow us to better predict the future composition of coral reef communities under the current “business-as-usual scenario” added Professor Langdon.