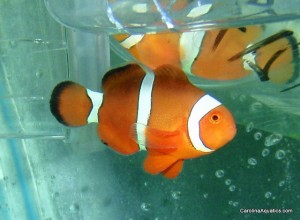 The Citron Clownfish is a truly fascinating, clementine-hued anemonefish first bred by Wen-Ping Su at Bali Aquarich with nobody else to date able to reproduce this cross. The hybrid of a True Percula (Amphiprion percula) and a White Stripe Maroon (Premnas biaculeatus), this fish is unusual in the sense that this is not simply the crossing of two species, but two separate genus!

This results in a very unique clown, as it boasts an elongated yet plump figure, thick, milky white bars with delicate, subtle black pinstriping and a more prominent black striping on the rear of his caudal fin.  Mr. Su, however, has stated he will no longer be producing the fish in the future.

But don’t let that get you down if you’ve fallen in love with this little stunner! Kris Cline of Carolina Aquatics has announced they were able to purchase the remaining global stock of the Citron Clowns from Bali Aquarich, offering them for sale exclusively at the wholesale level. There are currently only 40 for sale in the entire world. Here’s a press release from Carolina Aquatics:

Kernersville, NC: Carolina Aquatics is very excited to announce that we have acquired the global supply of the new Citron Clownfish. This Hybrid Clownfish is the cross between Amphiprion percula (True Percula) x Premnas biaculeatus (White Stripe Maroon). This particular fish was bred by the internationally recognized ornamental marine fish breeder Wen-Ping Su at Bali Aquarich. Nobody else to date has been able to produce this new hybrid fish.

Mr Su. has stated that Bali Aquarich will not be producing the Citron Clownfish in the future. Carolina Aquatics was able to purchase the remaining stock from Bali Aquarich to offer for sale at the wholesale level here in the United States. There are only around 40 of these fish available for sale in the world.

Carolina Aquatics is an individually owned and operated saltwater wholesale company that is rapidly growing to meet the needs of our satisfied customers across the United States. Carolina Aquatics was started in 2005 by Kris Cline. Carolina Aquatics can be reached by email: Crocodilehntr24@aol.com or by Phone 800-346-5218. They are wholesale to the trade only. If you are a hobbyist please contact your local fish store for pricing and availability.

Kris stated that while they will not personally be breeding the Citrons, they hope to see someone breeding them eventually who can offer them for sale within the trade. We’re not quite sure how much they will be retailing for, as that’s entirely dependent on the retailer, but given their extremely limited numbers, you can imagine they’ll cost you upwards of a few hundreds of dollars. Hobbyists, keep a lookout for them at your local fish store! 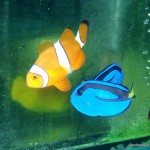 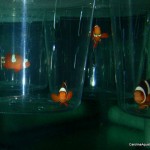 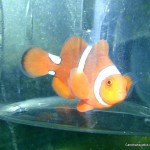 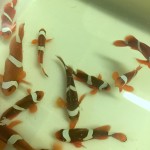