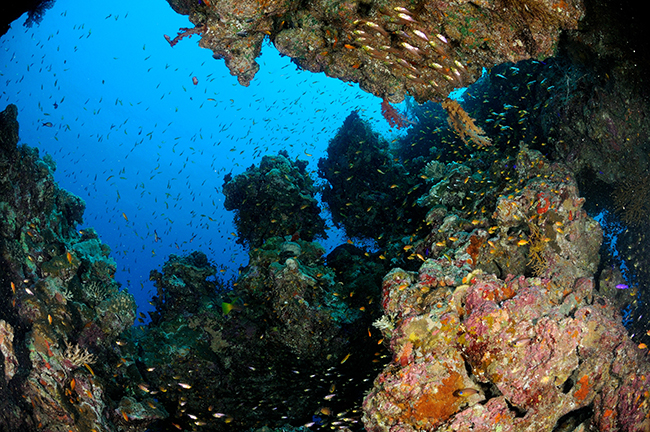 Underwater caves are fascinating places to explore and not well understood.  Here’s a few images of Red Sea caves to inspire and intrigue. 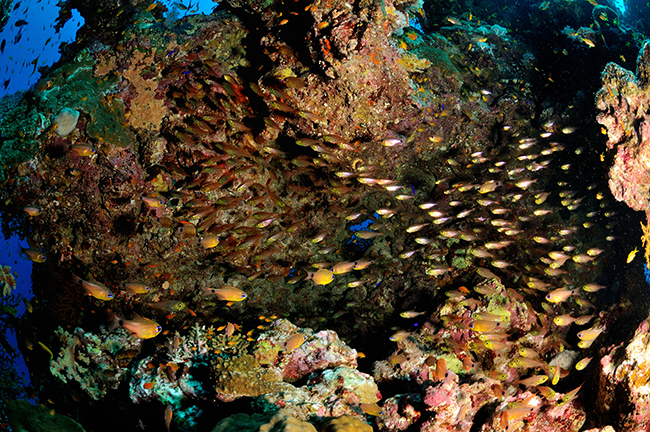 I’ve not done a great deal of cave diving.  It tends to be a dangerous sport that requires specialized equipment and training, so the underwater caves I have explored tend to be shallow and easy to get into and out from; two very important things when underwater with a limited supply of gas.

Most underwater caves, just like those above ground, are formed by typical geological processes of faulting and erosion (I’m ignoring Mexico’s Cenotes, which have a far more exciting cause). These sort of caves are fascinating and it’s amazing to see structures such as stalactites, many meters below sea level.

However, in tropical regions in coral reefs, caves can also form as the result of the slow and imperceptible but continual growth of the reef.  Areas of strong growth may touch and combine, leaving shaded areas behind which over time take on the appearance of a ‘standard’ cave.  I’m sure it’s more complicated than that; falls of broken corals, build-up of rubble and sand and so forth, will all contribute to the cave’s creation and perhaps subsequent erosion.  Whatever the processes, coral reefs, replete with light-loving life can be cracked and fissured and within them can lurk fascinating environments. 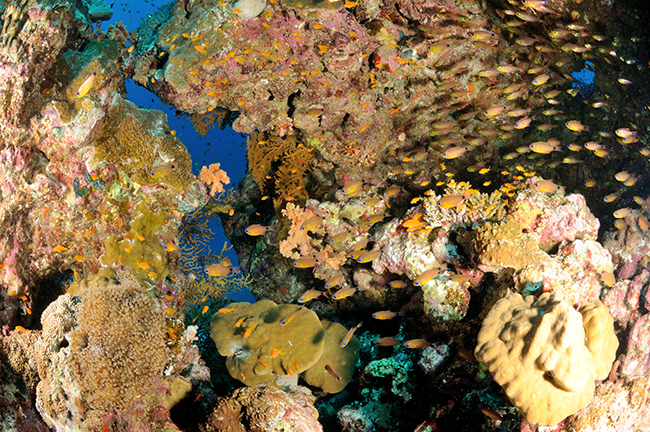 In these pictures from the Red Sea, the cave is at about fourteen meters.  It does receive some light through fractures, when the sun is directly overhead, but as you can see that many of the lifeforms growing on the walls are species that can exist in very low light or in its absence.  The latter image shows part of the same complex that is more open and receives more light.

A close look will reveal a common species in this area, the Golden Sweeper, a fish of caves, shipwrecks and overhangs, and on the periphery of the cave, where the currents are stronger, shoals of juvenile P. squammipinnis.

A closer look reveals a few Ringtail Cardinals and, if you look really closely a few purple patches will reveal the presence of Orchid Dottybacks.