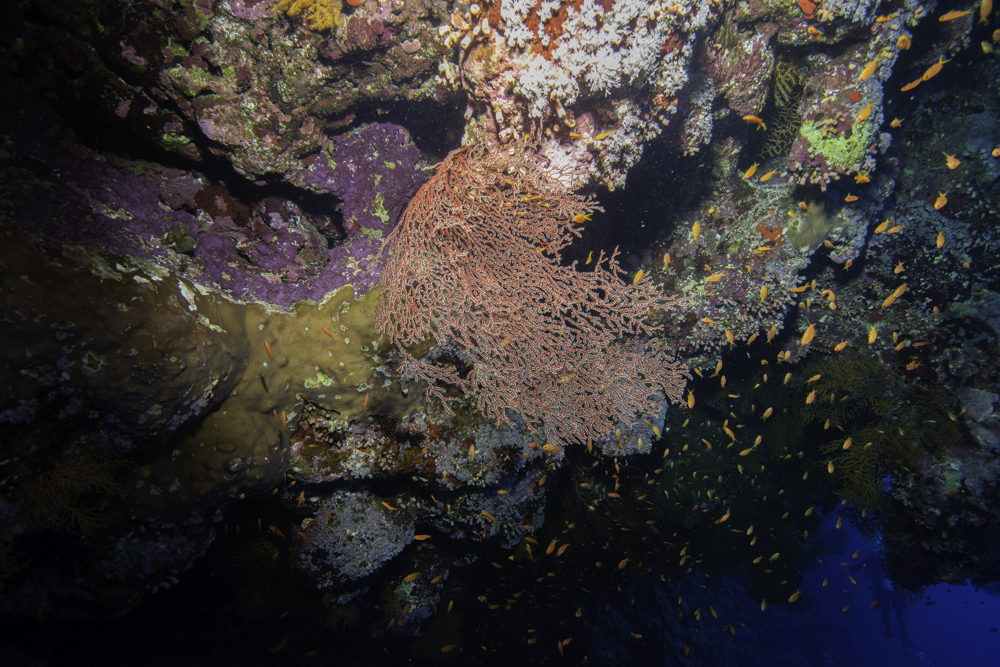 I’ve just written a post about sharks in the Red Sea, but if they’re not your thing, then perhaps you’ll enjoy these shadier images. Offshore reefs in the Red Sea are some of the richest coral habitats in the world, with very brightly lit reef flats only a few meters away from shaded overhangs and cracks in the reef wall that receive little, if any, sunlight. These images were taken on a reef that ran east to west and thus, one of its flanks was north facing, resulting in overhangs with cave-like conditions. 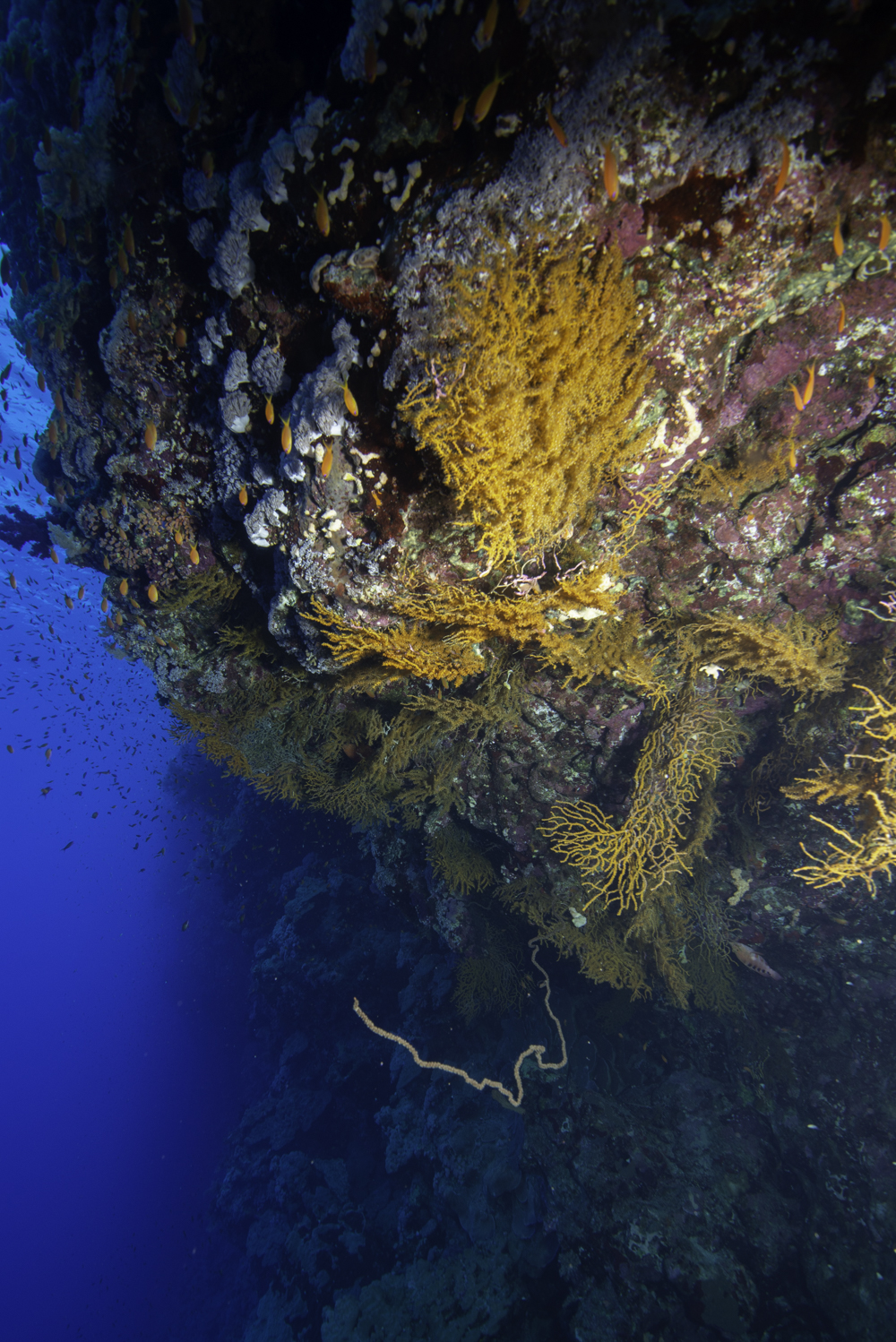 As I’m sure you can tell from the images, I had to use powerful flash guns to bring out any color; it worked well with these yellow gorgonians which appear to be very common.  I’d love to know the species if anyone wishes to contact me?  I think the red specimen in the lead image may be Acabaria biserialis, another species which without artificial light is a lot less impressive. 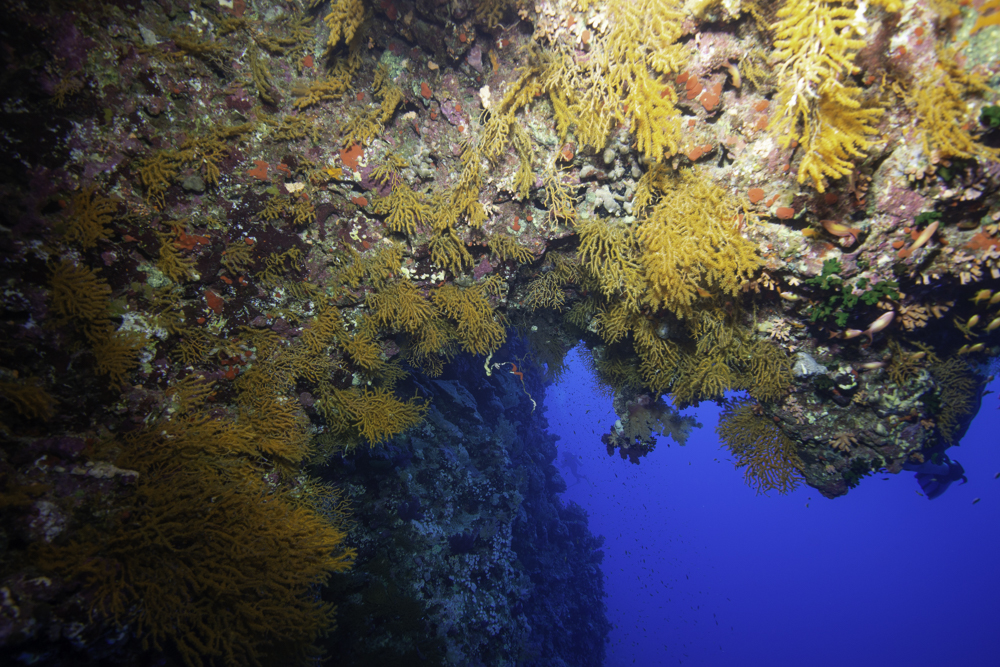 I could have spent an entire dive studying these habitats, but the currents would not allow it, which I guess is why these animals are prospering.  The currents tend to be in the 2-3 knot range, but they are almost constant.  In the above images you can see a whole range of animals, notably some Tubastrea micrantha to the right.

There are plenty of fish that enjoy these habitats.  You’ll notice a lot of Pseudanthias squamipinnis, often upside down and orienting themselves to the overhang roof.  Occasional Soldierfish, in shoals or alone, hide out waiting for darkeness before heading out to feed. 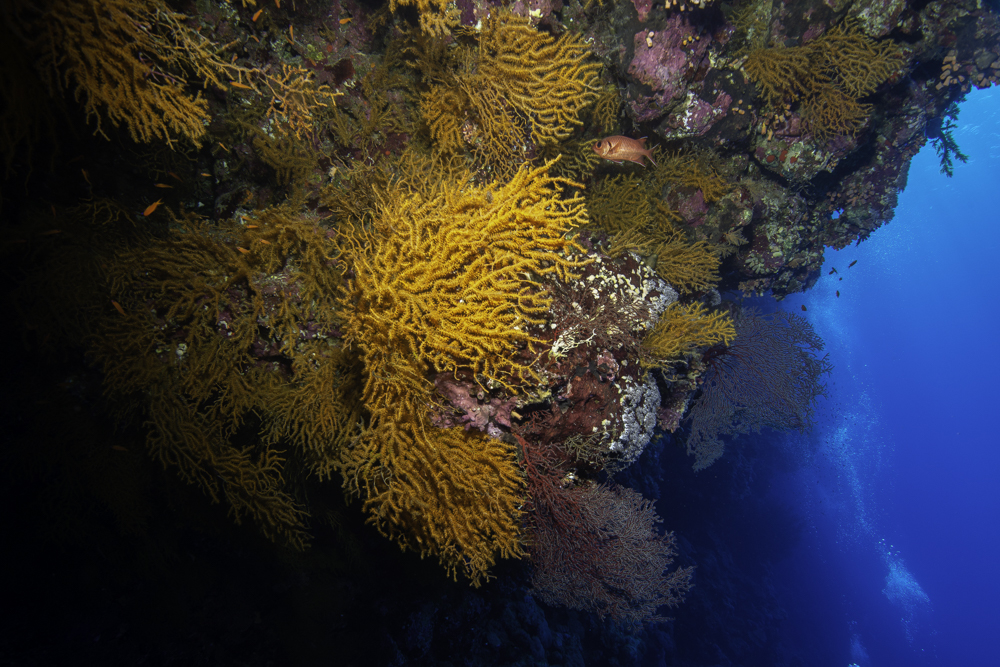 In this last image, you can see a Coral Hind (Cephalopholis miniata) and if you look closely enough, the small purple streak of an orchid Dottyback. 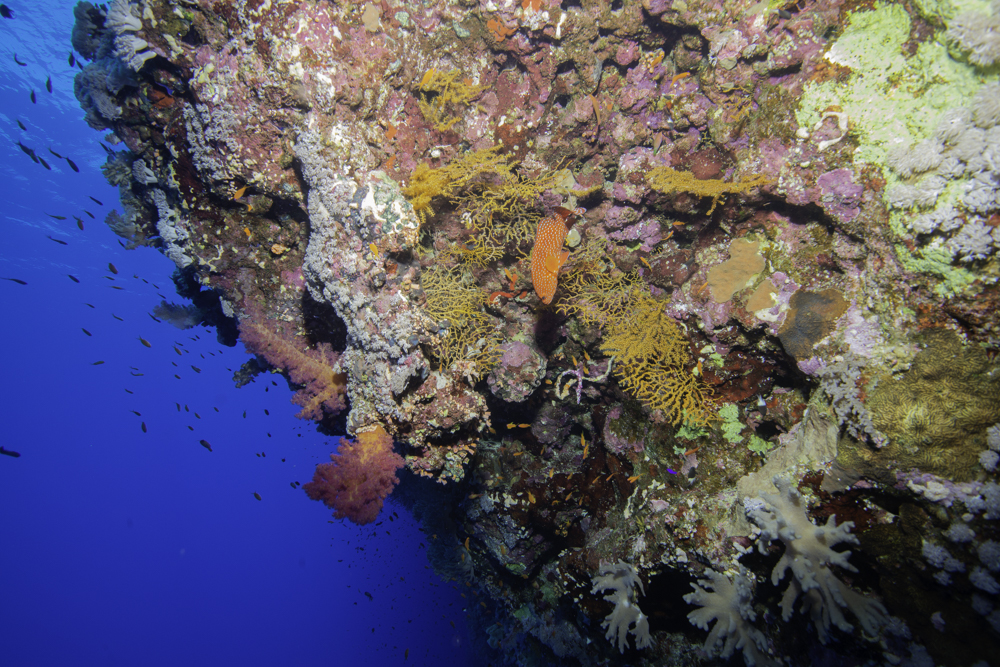