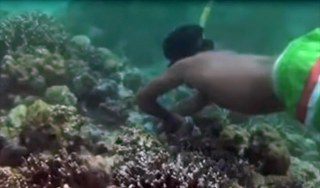 
In a new petition, the CBD is advocating NOAA Fisheries, The US NFWS, and the US Customs and Borders Protection to prohibit the importation of fish that have been determined to be caught with cyanide.  Their petition seeks a requirement for “testing and certification to ensure imported tropical fish have not been illegally captured using cyanide,” rejecting fish that test positive to cyanide exposure in addition to revoking certification (and thus the right to import into the USA) collectors who fail the test.

The CBD’s argument is that exporting countries such as the Philippines and Indonesia have been ineffectual in enforcing their anti-cyanide regulations.  Thus, they are calling the US government, under the Lacey Act, to step in and make it illegal to import cyanide-caught fish.  In essence, the CBD is seeking to shift the burden of responsibility and accountability from the supply-side (foreign collectors) to the demand-side (the US market).

The petition supports its position using old data and dubious (at best) math and deductive reasoning.  Sadly, this information has been regurgitated verbatim in other media/news outlets without much if any fact-checking, leaving a black mark on the aquarium trade in the public arena.  Perhaps this was the real intention of the petition.

Yet, the use and harm caused by cyanide is all too real. No aquarist wants to knowingly purchase cyanide-caught fish, so should we support this petition?  Or do we regard it as another backdoor attempt to end the aquarium trade?

It should be noted that anti-aquarium-activist Rene Umberger is a signatory to this petition.  However, we discourage “poisoning the well” (no pun intended) logical fallacy.  This is a complex issue that warrants serious discussion; please keep your comments civil and substantive.