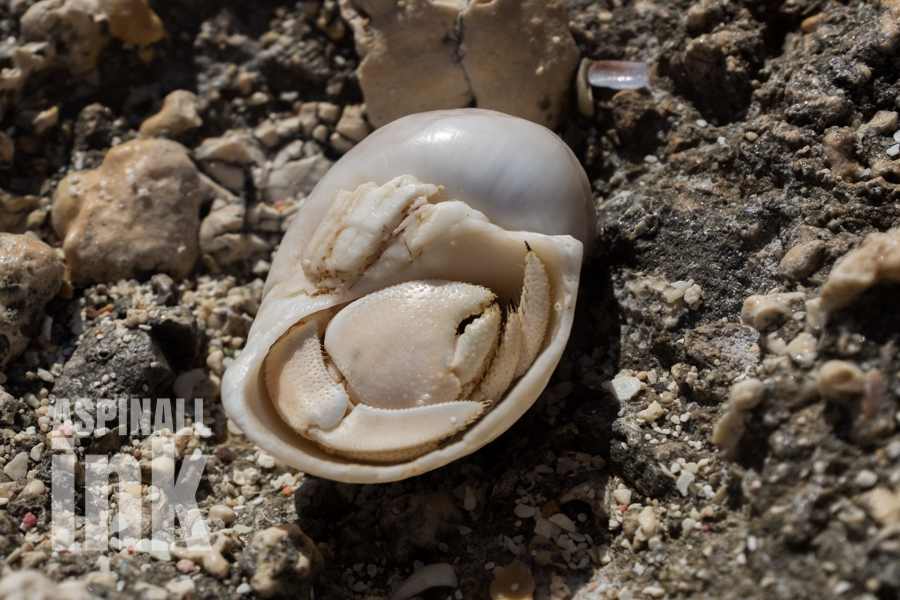 Not only are hermit crabs fascinating for their nature of using of old, discarded shells, but they also exhibit a phenomenon of nature known as ‘chirality’, aka ‘handedness’. It seems that deep in their past, hermit evolution made a ‘decision’: in the main, they’d be right-handers!

The majority of Paguroidea are right handed, in that they have chela (claws) that are larger on the right than on the left. The Paguridae, are the largest family of hermits, and all share the same right handedness. Conversely, the Diogenidae, the second largest family, are all left handed, which always helps when trying to ID species to the family level at least. The common Clibanarius tricolor, for example, is a ‘lefty’. 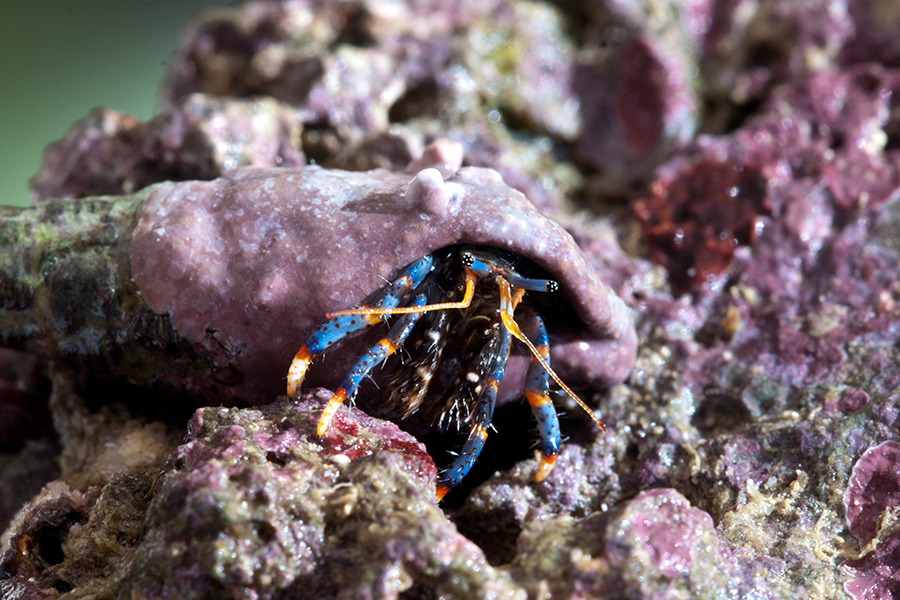 I should add that the original (human) Diogenes was born in 400 BC or thereabouts in Sinope (Sinop in modern-day Turkey). According to his page on a certain well-known online encyclopedia, he was famous for advocating a simple life, and would often take to sleeping in a large ceramic jar: if that’s not the reason why a family of hermits were named after him, then it ought to be, in my opinion. If anyone knows better, please set me straight.

But why do you need one claw bigger than the other? In some species, the claw forms an effective trap door, in the same way that a snail’s operculum does in the shell the hermit now occupies. 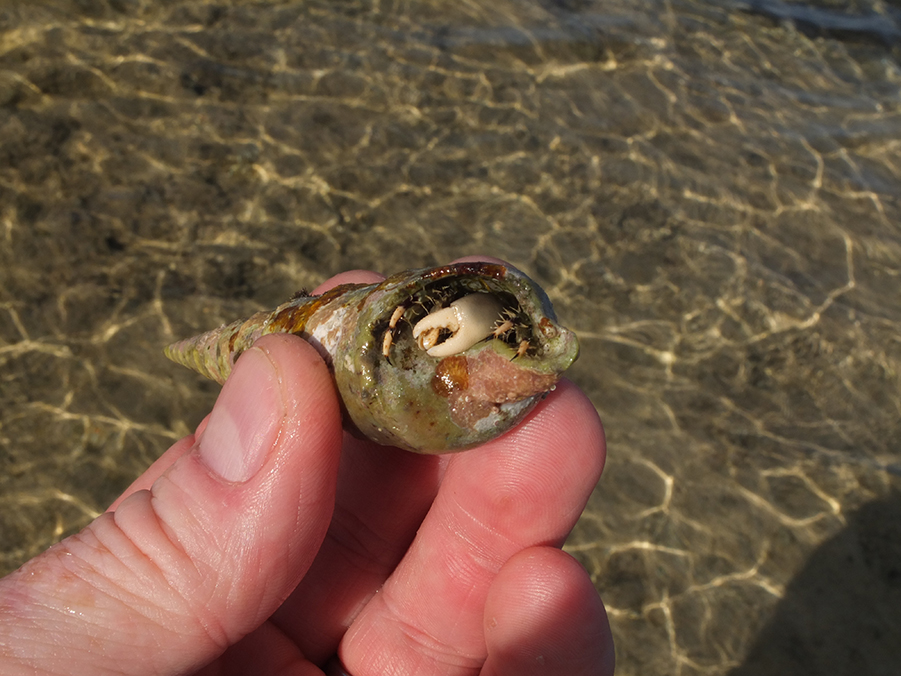 In other species, the larger claw may play a role in defense, though a very large claw may actually be a hindrance to effective fighting and may simply play a role in advertising health and vigor to potential mates, though I couldn’t find much evidence of this in my literature search.For a notable example of sexual selection, have a look at Fiddler Crabs and their useless, over-sized claw.