Chitons: are they the toughest animal on the shore? 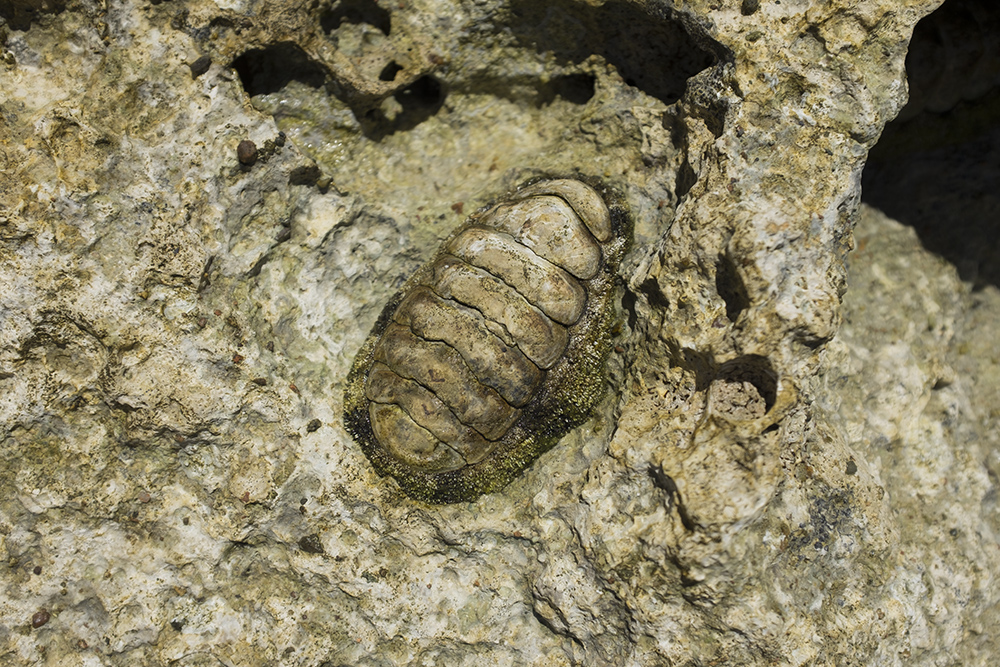 I’ve been aware of chitons for some time, mainly from childhood holidays exploring the rocky coastline of the UK’s north east. It was only when I found them in the Red Sea, though, that I realised just how tough these animals are. 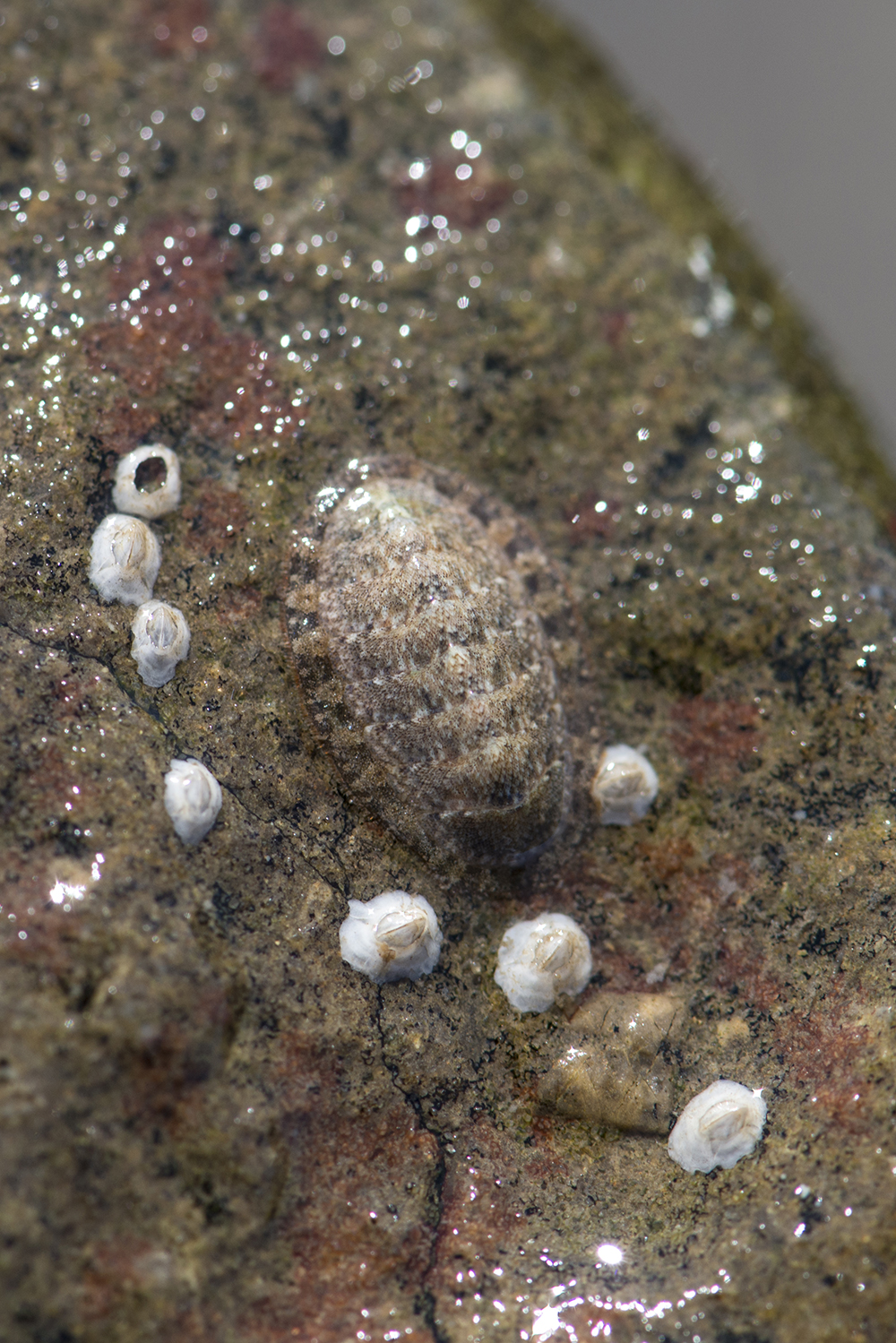 Chitons belong to the class Polyplacophora; there are around 950 species worldwide. Tropical species may enter the aquarium trade as hitchhikers on live rock. 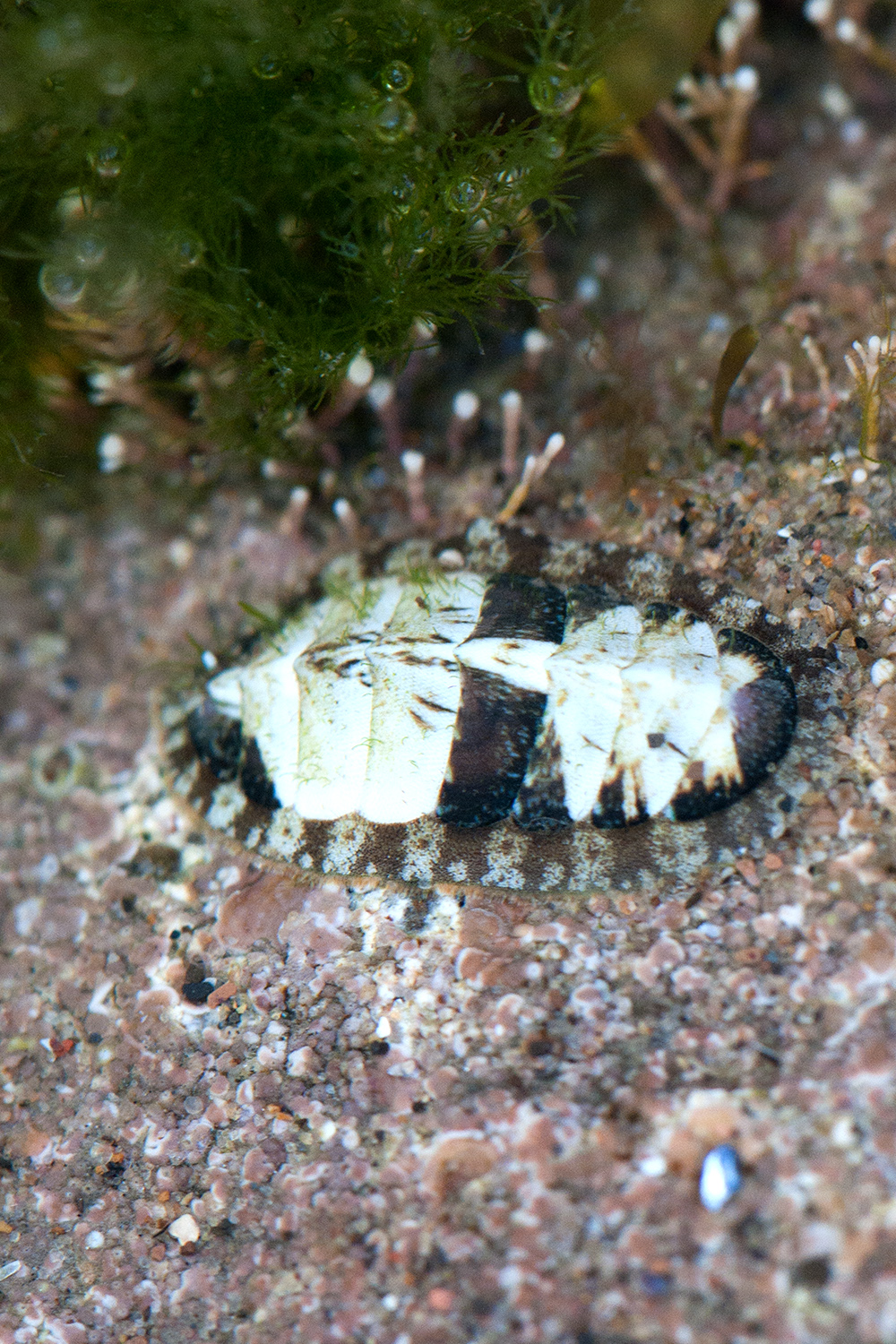 My first experience with these creatures was with small species, such as Lepidochitonia cinerea. This is a small (2cm) animal common around the UK. Even in these specimens you can see the characteristic eight shell segments and leathery girdle that surrounds them. This body plan also gives them their common name of ‘coat-of-mail shells’
In the UK, these animals are found in the shallows on rocky shores, and have a lot to contend with: extremes of temperature, predation, and variation in salinity, to name the most significant. 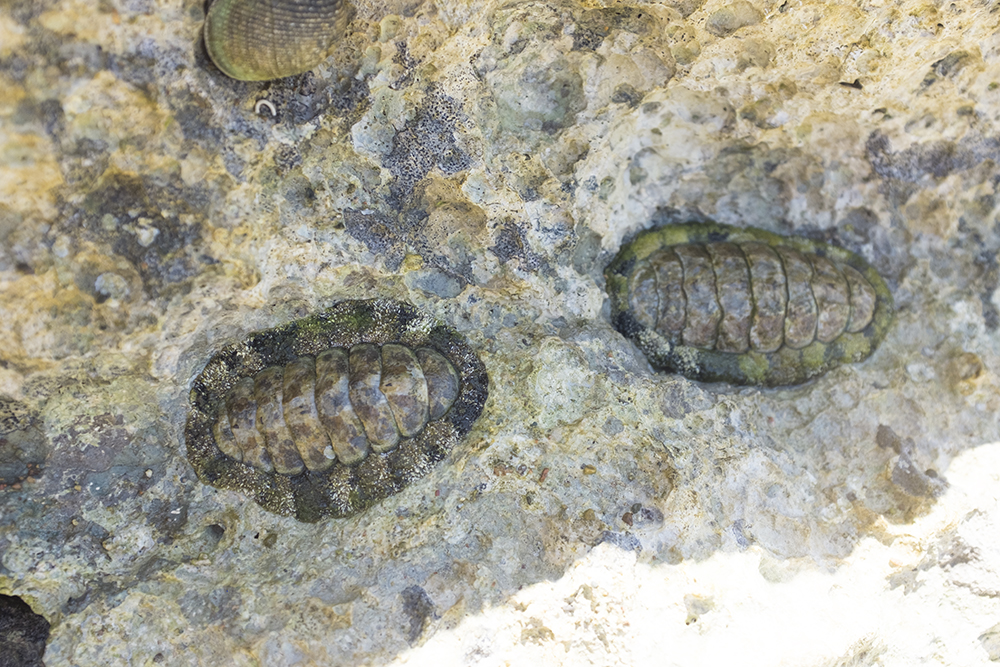 When I came across these specimens (above and main image) baking on a rocky shore in Egypt – It was at least 40 degrees centigrade (104 F) – I had a new appreciation for these amazing critters. I believe this species to be Acanthopleura vaillianti or A. testudo.

Like all chitons, these are grazers, with algae being the most common food source, though some may eat bryozoans and other small encrusting species.  These tropical animals wait out the day and tend to be more active at night. They are capable of surviving for several days in crevices, and clearly they can cope with the extreme heat, presumably using their girdles to seal in moisture between the rock and their flexible shell.