Chitons – These Guys are Tough! 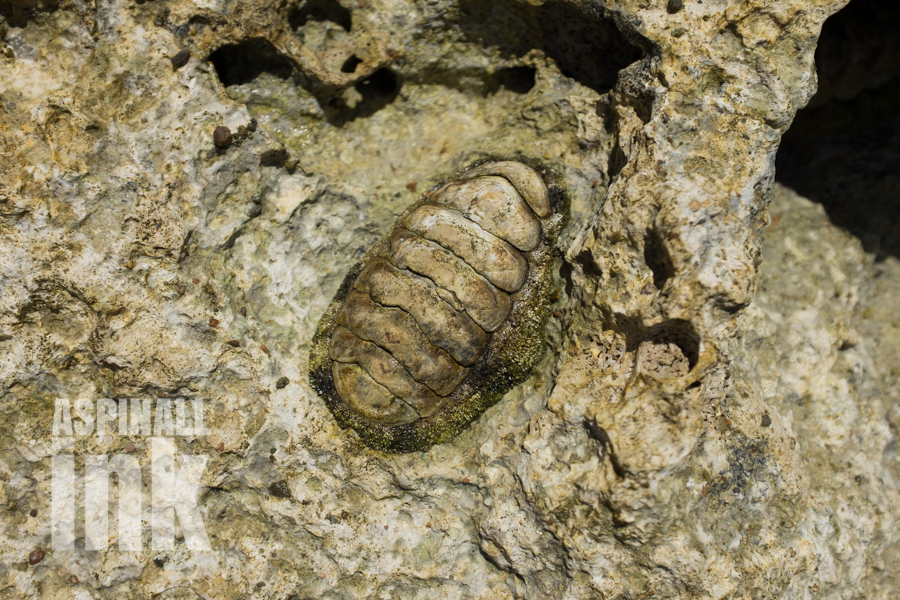 Baking in the hot sun, this is a survivor

I’ve spent a lifetime exploring coastlines.  As a kid I prefered exploring the pools and shallows of a rocky shore to spending time on a beach.  I mean, once you’ve dug a big hole, what else is there?  Hunting for critters is far more rewarding. 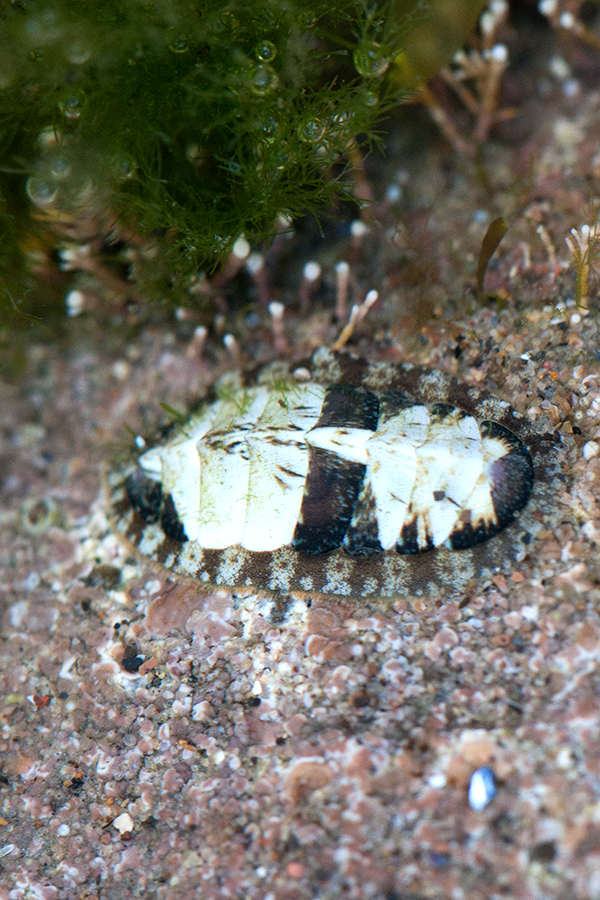 Most chitons found in UK waters are quite dull looking things, but not this fellow. Sadly I’m not an expert and I don’t even know which genus this animal comes from.  The ‘head end’ is to the right.

One of the animals I used to find, and to be honest, entirely overlook, were chitons, but after finding larger species in tropical waters, I’m learning just how resilient these remarkable animals are.

The chitons I found near home were small, plain-looking things, that sat, not doing much on rocks or under some seaweed.  In fact, they were waiting for the tide to return or me to depart so they could get on with their grazing. Chitons in general are said to graze on coraline algae and even (according to some sources), on bryozoans and other encrusting life. 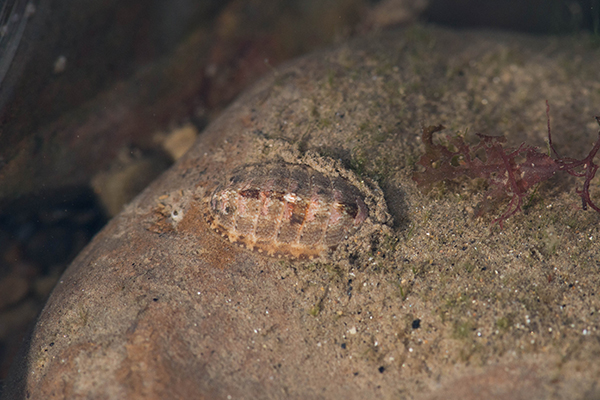 another species from the UK

The most obvious feature of chitons is their plates; all have eight, which interlock to some extent and provide them with protection from predators and a great deal of resistance to the harsh conditions found on rocky shores, especially in tropical regions.

Surprisingly, they are molluscs, despite their almost crustacean-like appearance and unlike most shelled molluscs their shells allow them a certain degree of flexibility, meaning they can adapt their shape to the surface they occupy. No wonder they’re also called ‘Coat of Mail Shells’.  Some species can roll up when disturbed.  Individual plates, from dead chitons, are sometimes called ‘butterfly shells’ by beachcombers.

Around the edges of the animal is a tough girdle to which the plates, or valves as they are also known, are partially attached.  Some species’ girdles have small spines or spicules which may act to deter predators. 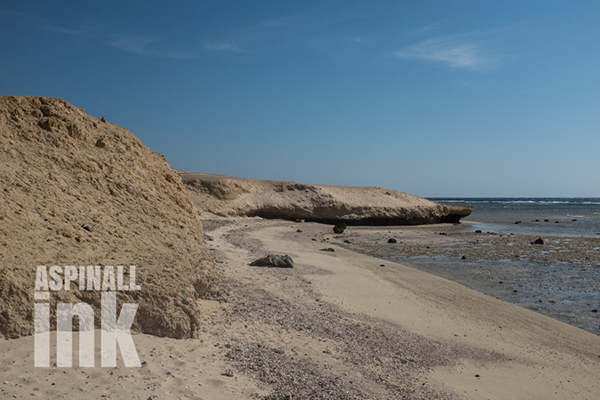 Ideal chiton habitat. Under the wave-cut overhang chitons are staying as cool and damp as they can in the tropical sun.

What amazes me though, is that these creatures can sit for hours on end under the baking tropical sun in very high-saline conditions and yet get on with normal life as soon as the tide returns. 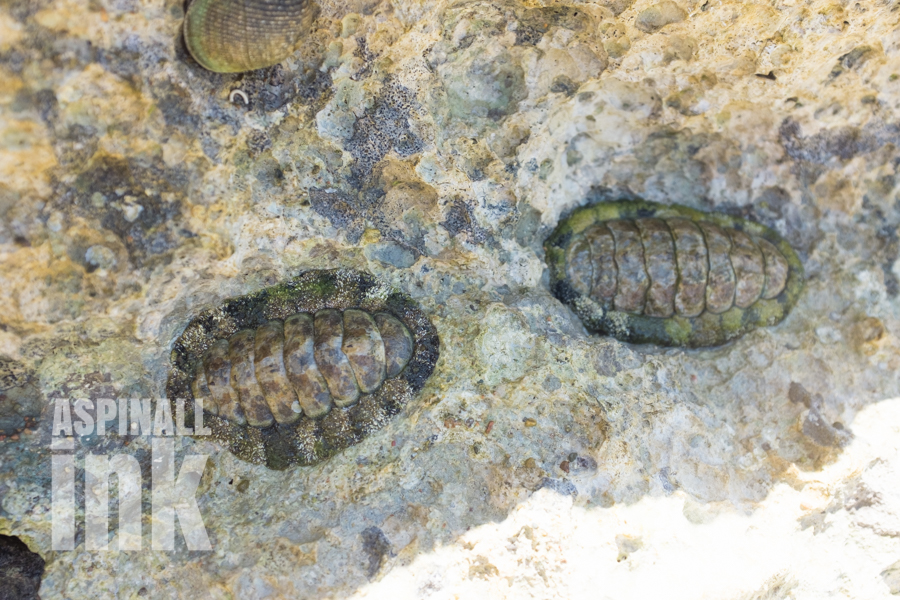 There are around 1000 species, and the vast majority are coastal.  Their fossil record (they fossilize easily I assume), dates back 400 million years.  What a set of tough beasts they are!