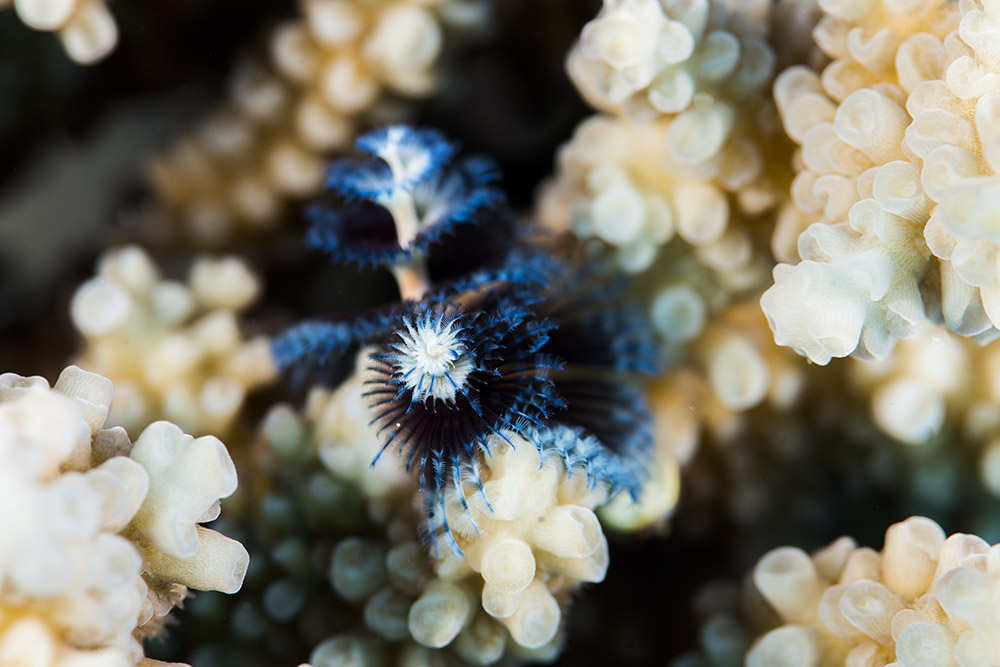 Every year, as the holidays approach, underwater photographers shamelessly post picture after picture of Spirobranchus giganteus, the aptly named Christmas tree worm.  So here are few of my shots, and a little more about this wonderful animal.Finding S. giganteus is not hard; I’ve spotted them in every tropical ocean I’ve dived. The pictures here are from Central America and the Indo Pacific.  The real difficulty though is sneaking up on them before they furl up and shoot back into their calcareous tubes.  They are only around 1.5cm across, which means that you need to get close with a macro lens to shoot them.  Time after time, they close up, but every so often I manage to get a shot or two. 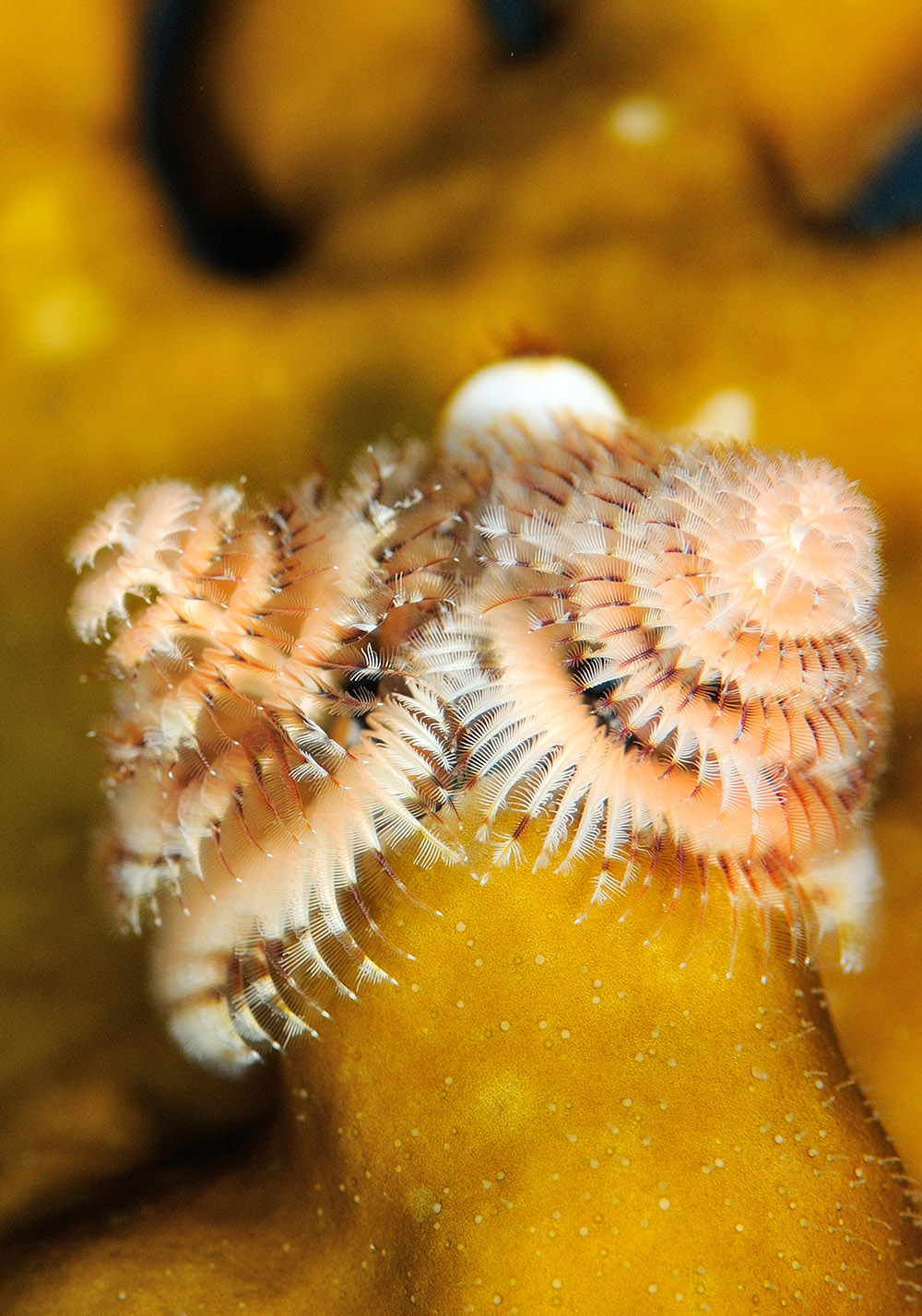 The structures we see are the animal’s mouthparts.  It has two ‘trees’, more correctly called radioles.  Each is ‘feathered’ and covered in cilia to trap and transport gathered foodstuffs to the worm’s mouth.  The radioles also function as gills, hence the genus name Spirobranchus, meaning ‘spiral gills.’

Below the radioles, the worm is a more normal-looking segmented annelid, with hair-like chaeta on its body.

The worms are commonly seen living within live corals such as Porites, where if conditions allow, they can form beautiful colonies of blue, white, yellow, and orange individuals.  They are also seen in acroporids, and in my personal experience, they seem to be more easily approached in these corals. 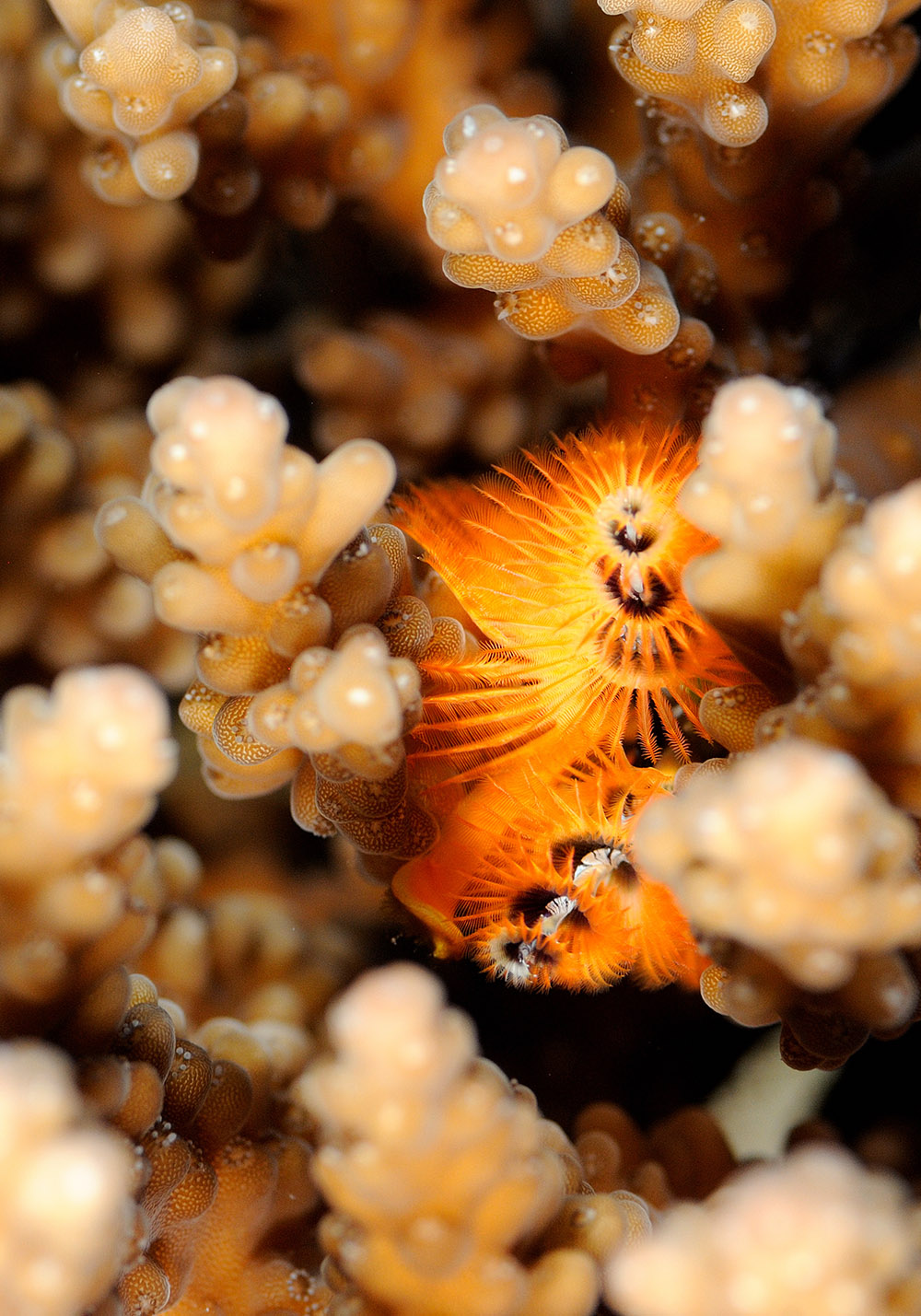 As the corals grow the worms must keep pace and grow their tubes.  I have read several accounts that say the worms can live for 20-30 years! 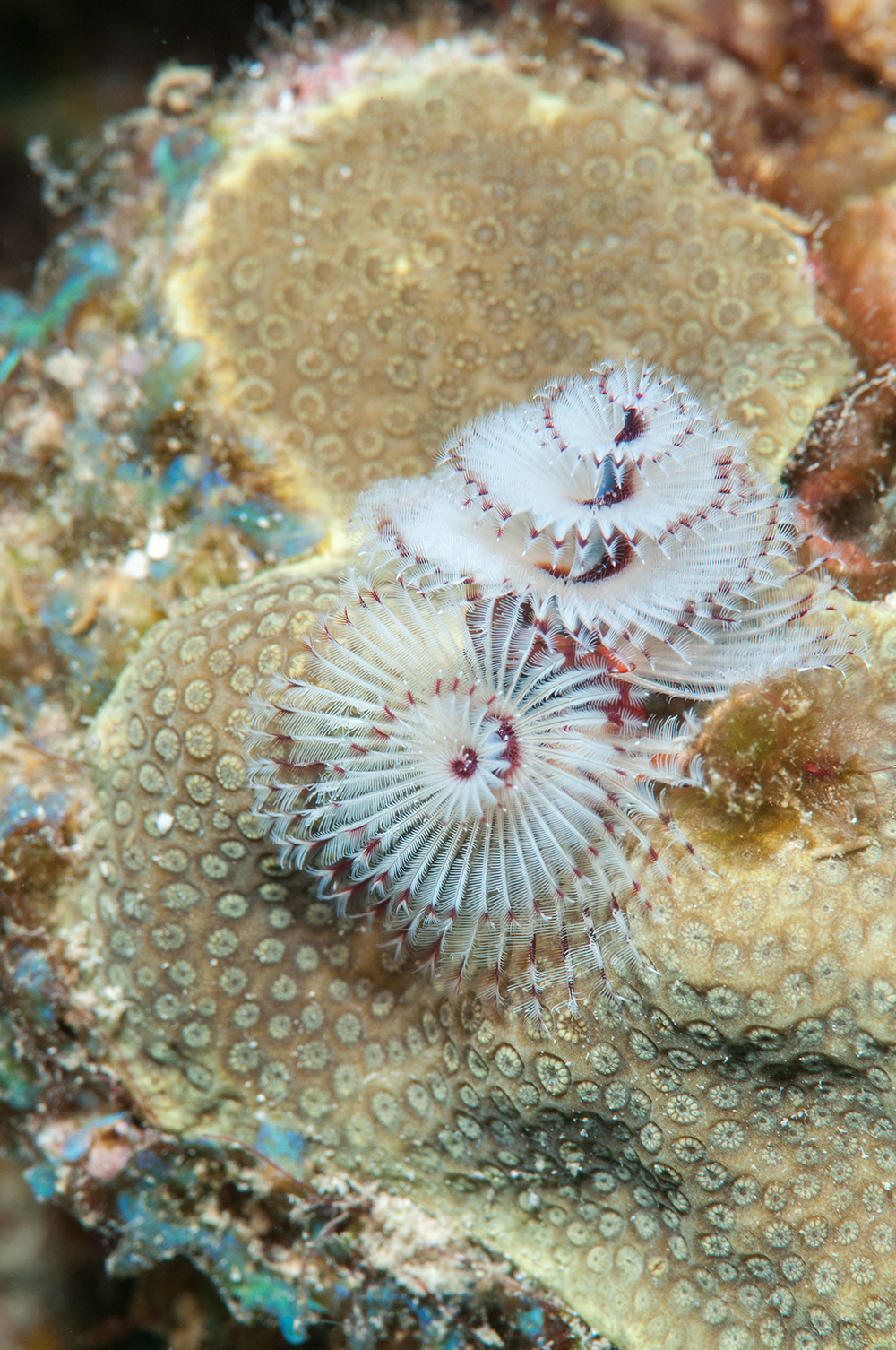 A rather nice specimen from the Caribbean.