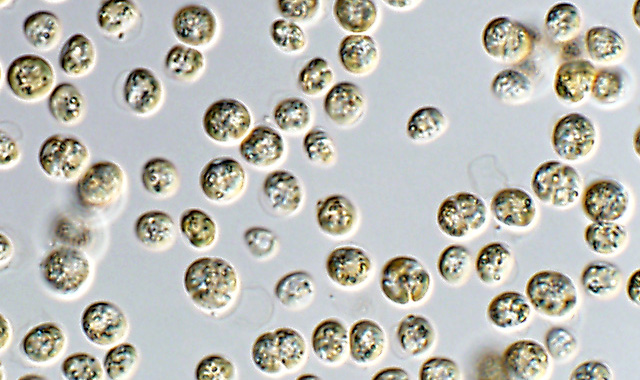 Most corals from shallow tropical reefs rely heavily upon an intracellular alga, Symbiodinium, to meet their nutritional demands. This hugely important symbiosis is the foundation on which a coral reef’s biodiversity is built, but, as it turns out, this is not the only algal symbiosis to be found. Over the last twenty years, researchers have been slowly piecing together clues to a startling discovery—a mysterious protozoan with close ties to some of mankind’s worst parasites.

To appreciate the importance of this find, we first need to take a stroll through the evolutionary history of these organisms. Symbiodinium is a photosynthetic genus of dinoflagellate, a phylum of protozoa which is defined morphologically by the presence of two flagella and (usually) an armor-like covering called a theca. The group is familiar to aquarists for their occasional tendency to form stubborn blooms on aquarium substrates—similar blooms in coastal habitats can cause the toxic phenomenon known as a “red tide”. 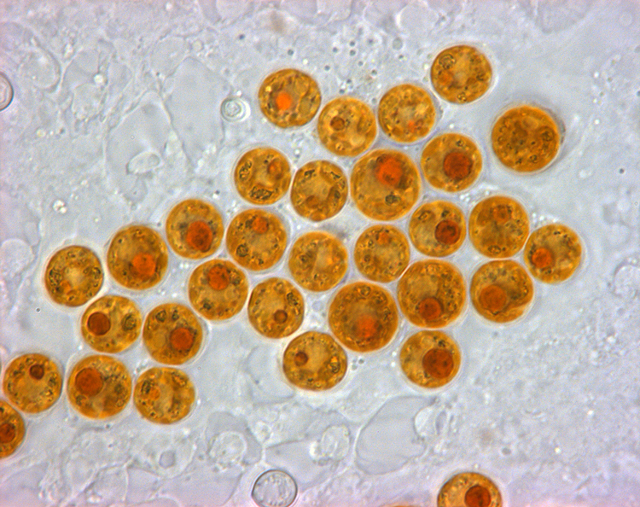 Researchers working with Symbiodinium often must physically separate them from their coral host. This requires the maceration and centrifugation of coral tissue to isolate the individual algal cells, followed by growing the algae in a new medium. The technique had been performed for decades, when, in 2001, a couple unusual contaminants were recorded for the first time in Australian samples of Plesiastrea and Leptastrea.

These contaminants would eventually be described as new species—Chromera velia and Vitrella brassicaformis. Their discovery was doubly important, as not only had a new coral symbiont been found, but morphological and genetic study indicated that these algae represented an entirely novel phylum of single-celled organism allied closely to the Phylum Apicomplexa—a diverse and exclusively parasitic group that includes the causative agents of malaria, toxoplasmosis, cryptosporidiosis and many other unpleasant and economically important diseases that afflict our species (and our livestock).

The apicomplexans are named for a unique type of cellular organelle called an apicoplast, which is situated at the apical end of the organism and used for various metabolic functions and to aid in entering their host’s cells. Because of its uniqueness, the apicoplast is a major focus for research into targeted malarial drugs, but culturing parasitic apicomplexans to allow for such study is no easy feat, as it requires both the host (e.g. human blood) and the vector (e.g. mosquitoes) to be maintained. However, Chromera velia is essentially a photosynthetic apiocomplexan and can thus be grown with the same ease aquarists have in growing phytoplankton—the importance of this new tool for helping to screen for new anti-malarial drugs cannot be overstated. 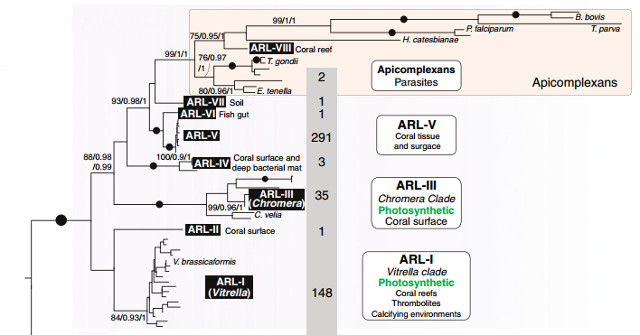 Phylogenetic tree illustrating the many undiscovered clades of chromerids found in environmental genetic samples. ARL-VIII is likely to be Gemmocystis cylindrus, a known parasite of Montastraea cavernosa. The sister group to this clade, not shown in this illustration, are the dinoflagellates. Modified from Janouškovec et al 2013

The question also remains as to what these peculiar algae are doing in their coral hosts. Since their initial discovery, further research has indicated that these coral-associated apicomplexan relatives—classified as the Phylum Chromerida—are found in numerous species of soft and stony corals and are a common occurrence throughout the world’s tropical reefs. Genetic evidence is mounting that there is an additional major lineage of chromeridan coral symbiont. This group, informally referred to as “Apicomplexan-related lineage-V” or “ARL-V”, appears to be the most diverse of the lot, but, to date, we have only detected its genetic traces in environmental samples—live specimens continue to elude direct observation. This is all the more remarkable given that these organisms are seemingly ubiquitous in coral samples. In one Caribbean study (Kirk et al 2013), virtually every coral examined was found to contain an unidentified chromeridan alga. 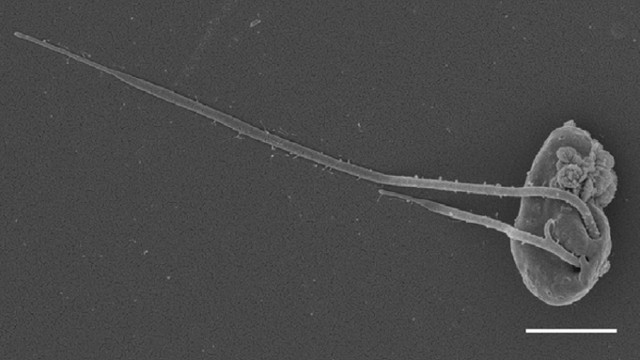 We know relatively little about what these organisms do in their coral host, whether they are true symbionts, harmful parasites or commensals with no net effect. By examining environmental genetic samples, Janouškovec et al 2013 found that both Chromera and Vitrella can be free-living, often in association with macroalgae or calcium carbonate substrates, whereas ARL-V is known only from corals. This latter group has been found in twenty different host species thus far and appears to be depth dependent, occurring in greatest abundance in less than 5 meters and being undetectable below 20 meters. In the study by Kirk et al 2013, it was shown that corals which reproduce by brooding their young test positive for chromeridans in their planulae, while those that broadcast spawn gametes test negative, indicating these algae are acquired directly from the environment—this is the same pattern seen in Symbiodinium, suggesting a possible symbiotic relationship for these Chromerida.

The next important step in this field is to finally observe living ARL-V cells in a coral host for taxonomic description and to determine what role they might serve in a coral’s metabolism and the larger coral reef ecosystem. Numerous ARL-V species are thought to exist, and much remains to be discovered on their evolution, biogeography and host specificity. Of relevance to aquarists, what impact might these organisms have with regards to the captive husbandry of corals? To date, evidence suggests that chromeridans are found in healthy tissue and absent from diseased portions, but might there be instances where these or another unknown species actually causes pathology—perhaps certain captive corals fail to thrive because of an unrecognized change in their chromeridan symbionts? And then there are questions of what effect climate change could have on these coral-associated chromeridans; do they behave in a similar manner as Symbiodinium when exposed to environmental stressors, or might they be more hearty? 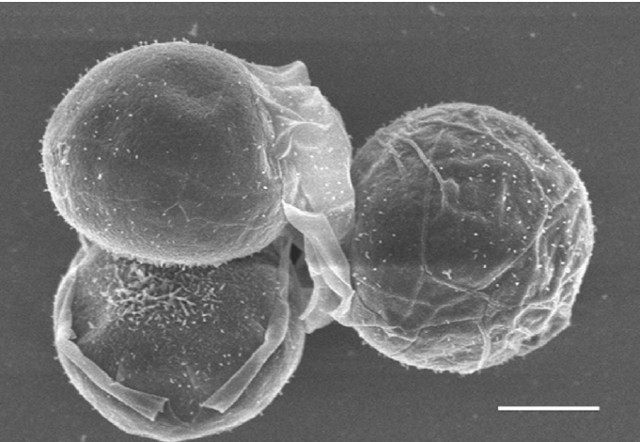 There is truly a staggering amount of basic research to do here, but, given the pace of publications in recent years and the medical and biological interest surrounding this group, we can expect many new and exciting discoveries in the near future. Ultimately, the larger significance of the chromeridan algae may be in the ongoing fight to discover new medications for malaria and related illnesses, while their intimate relationship with corals has the potential to yield just as many insights of relevance to marine aquarists.