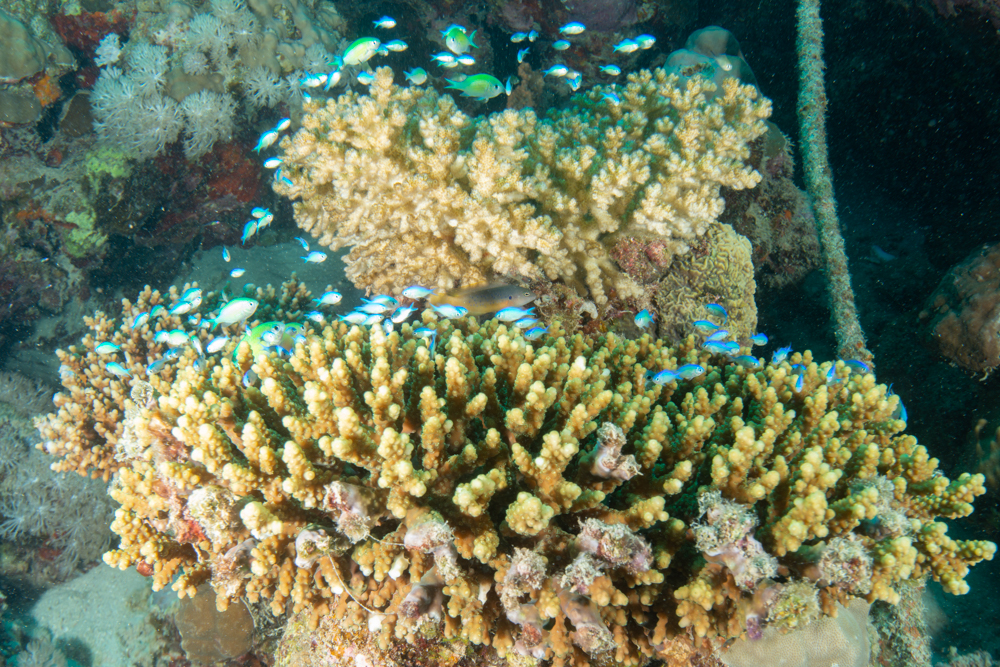 According to an online report, C. viridis (and close relatives) is the most imported species in terms of total fish numbers and has only been bred in captivity in recent times.  Now, I’m no expert on CB, I wish Godspeed to all CB efforts. I just photograph animals in the wild and hope in some small way, you enjoy the images.

I’ve just returned from the Red Sea, where C. viridis (and a few other species in the genus) can be seen in vast numbers, often as juveniles in Acropora heads.  What I’ve never seen though, is any form of mating behavior. 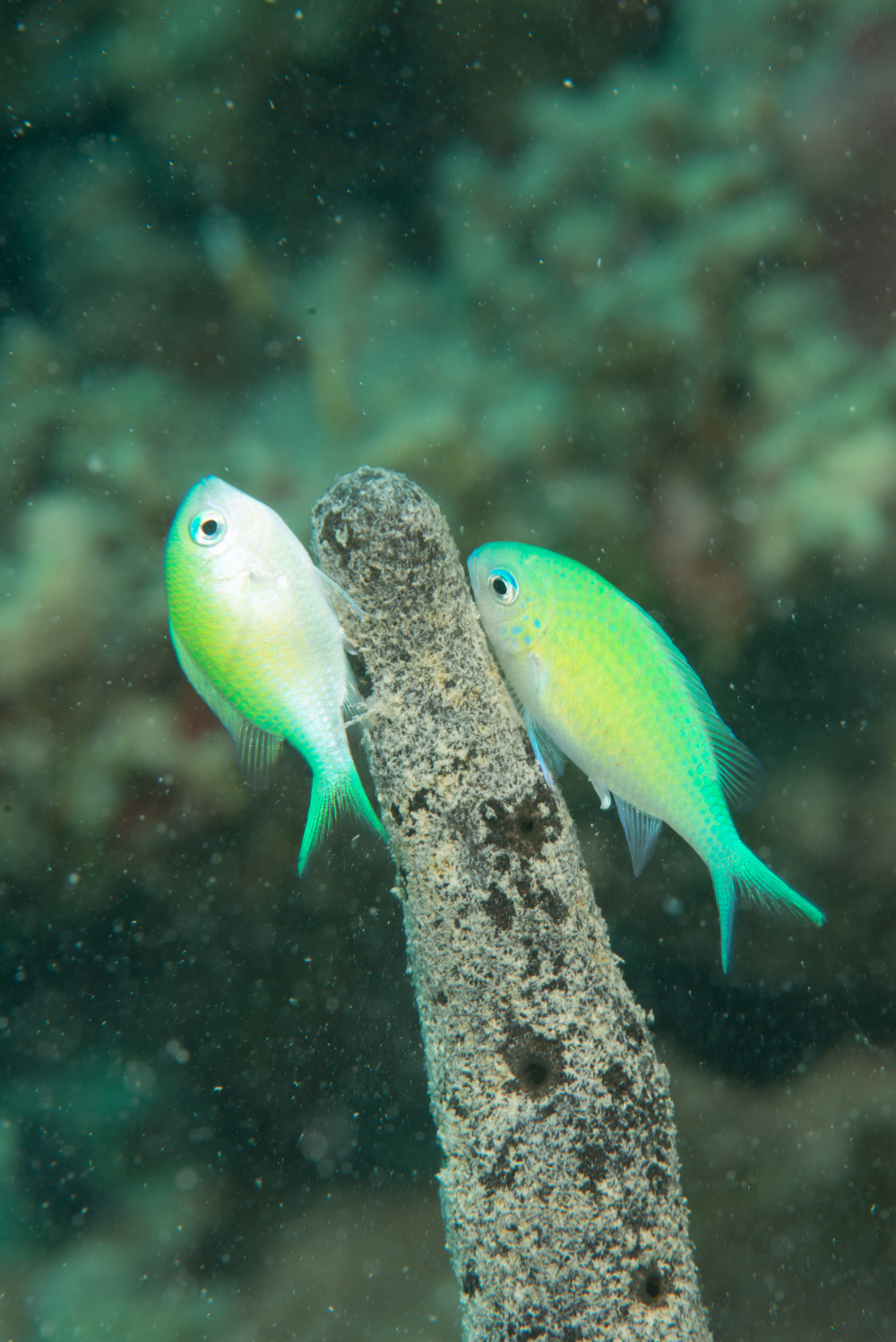 I was enjoying a morning dive on an average fringing reef after some strong winds, so my apologies for material in the water column. I came across a patch of what I believe to be Hyrtios erectos, the Erect Finger Sponge.  It’s a dark, greenish species that grows to around 50cm tall.  A flash of vivid turquoise against the dark sponge got my attention and I noticed three chromis were in close attendance, slowly moving with their ventral area almost touching the sponge’s surface.  Each fish did this repeatedly, running from the lower to the upper part of the sponge ‘finger’. 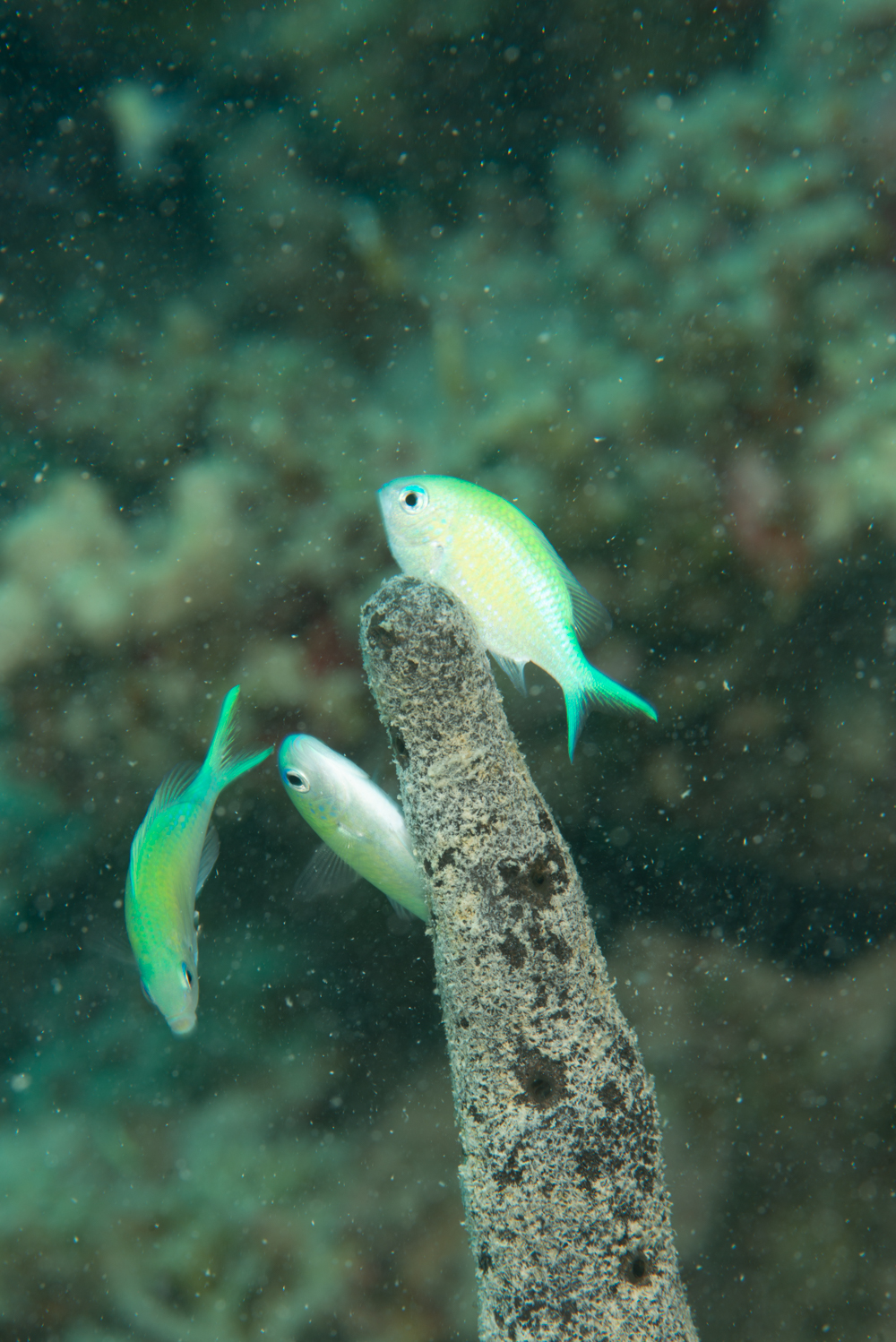 I believe the male first initiates the breeding behavior by passing his body over the chosen spawning site and the female then mimics him, presumably releasing eggs during the process.

There was some interplay between the fish but try as I might I couldn’t determine which were male and female.  Maybe someone who knows more about the species could offer some comments that would better explain the behavior I witnessed. 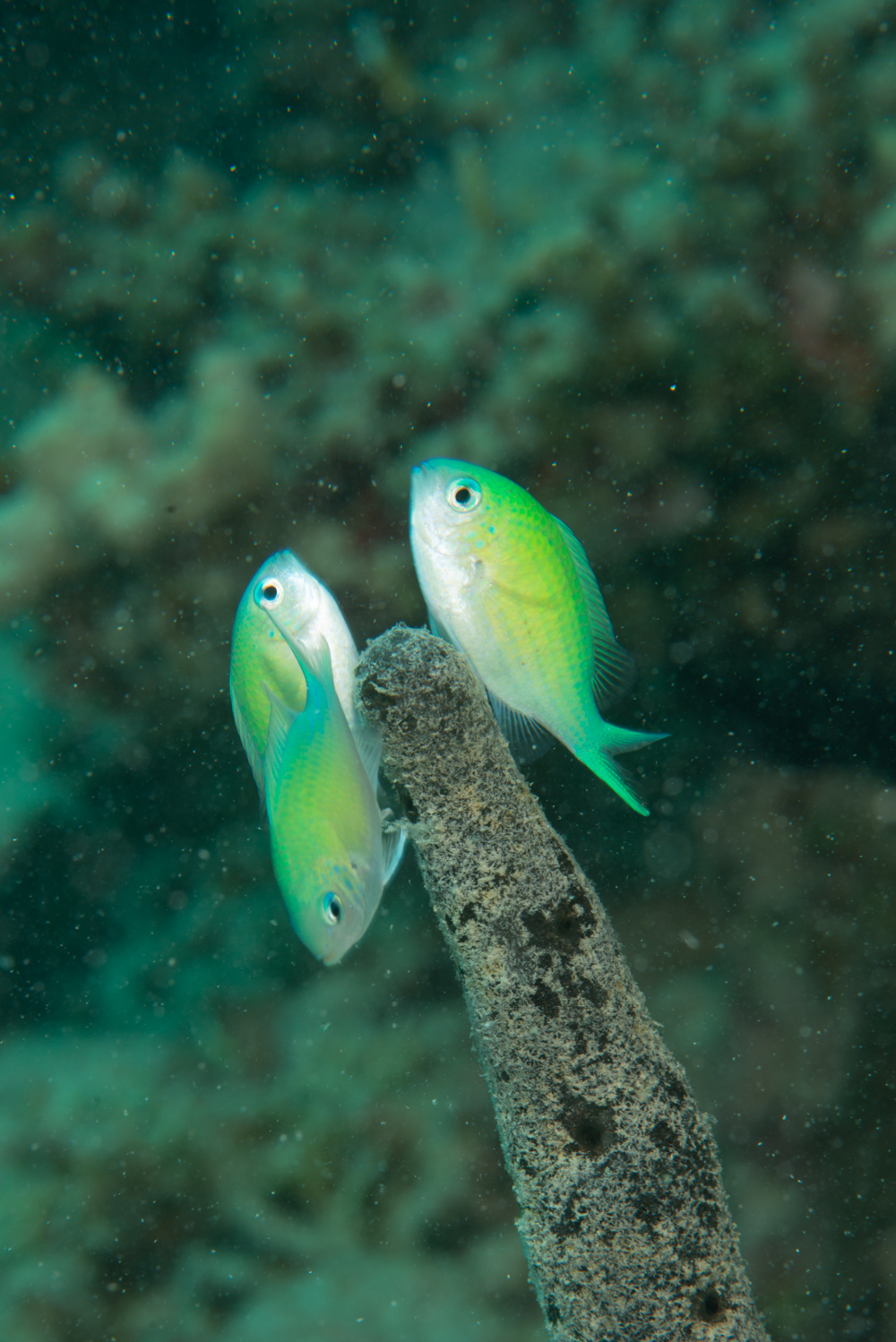