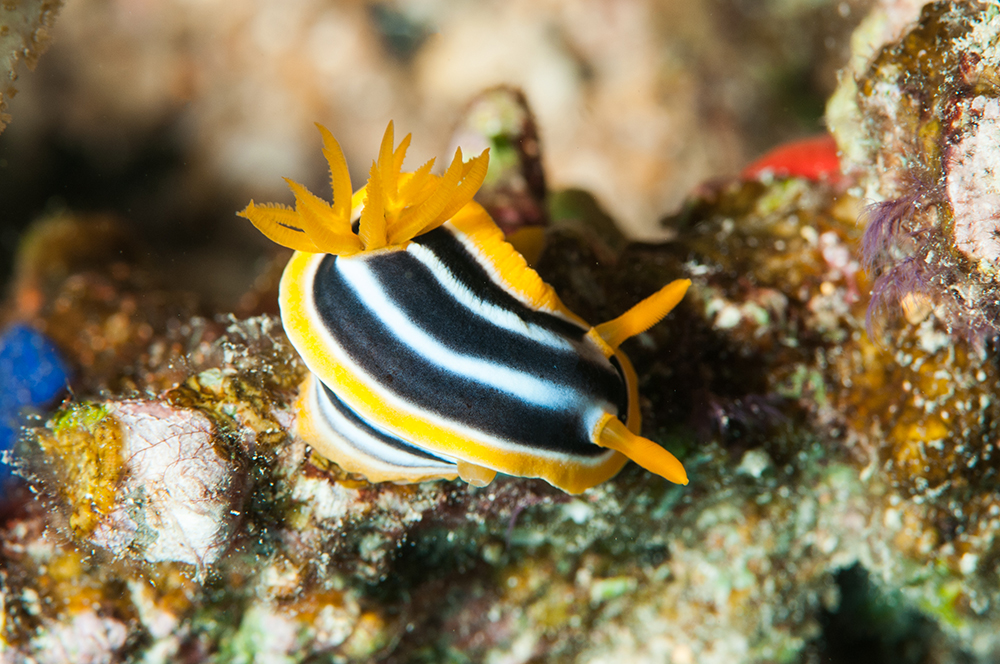 Underwater photographers can become rather obsessed with nudibranchs. In nudi hotspots such as Anilao in the Philippines, photographers travel from across the world to take part in nudibranch festivals.  We even have a small gathering of nudi obsessives here in Scotland.  Nudibranchs come in a bewildering array of colors and shapes; some are long and thin with delicate projections (cerrata), while others are flat, round and look decidedly unpleasant. But there is one that I consider to be the perfect nudi:  Chromodoris quadricolor, the Pajama Nudibranch.

As you can see, it’s a real beauty.  Those bold stripes make it really easy to spot and the rich orange of its rhinophores and gills mark it out from the similar, but slightly less colorful, C. africana, which is slightly squatter and has yellower appendages.  The Pajama slug, as its often known in diving circles, reaches about four centimeters long and is common in the Red Sea and eastern Africa. I’d say I see at least one per night dive, though often they’re in a difficult place to shoot.  Some photographers will use a stick to gently encourage them to turn around and ‘face’ the camera, but this sort of thing is generally frowned upon and is not to be encouraged. 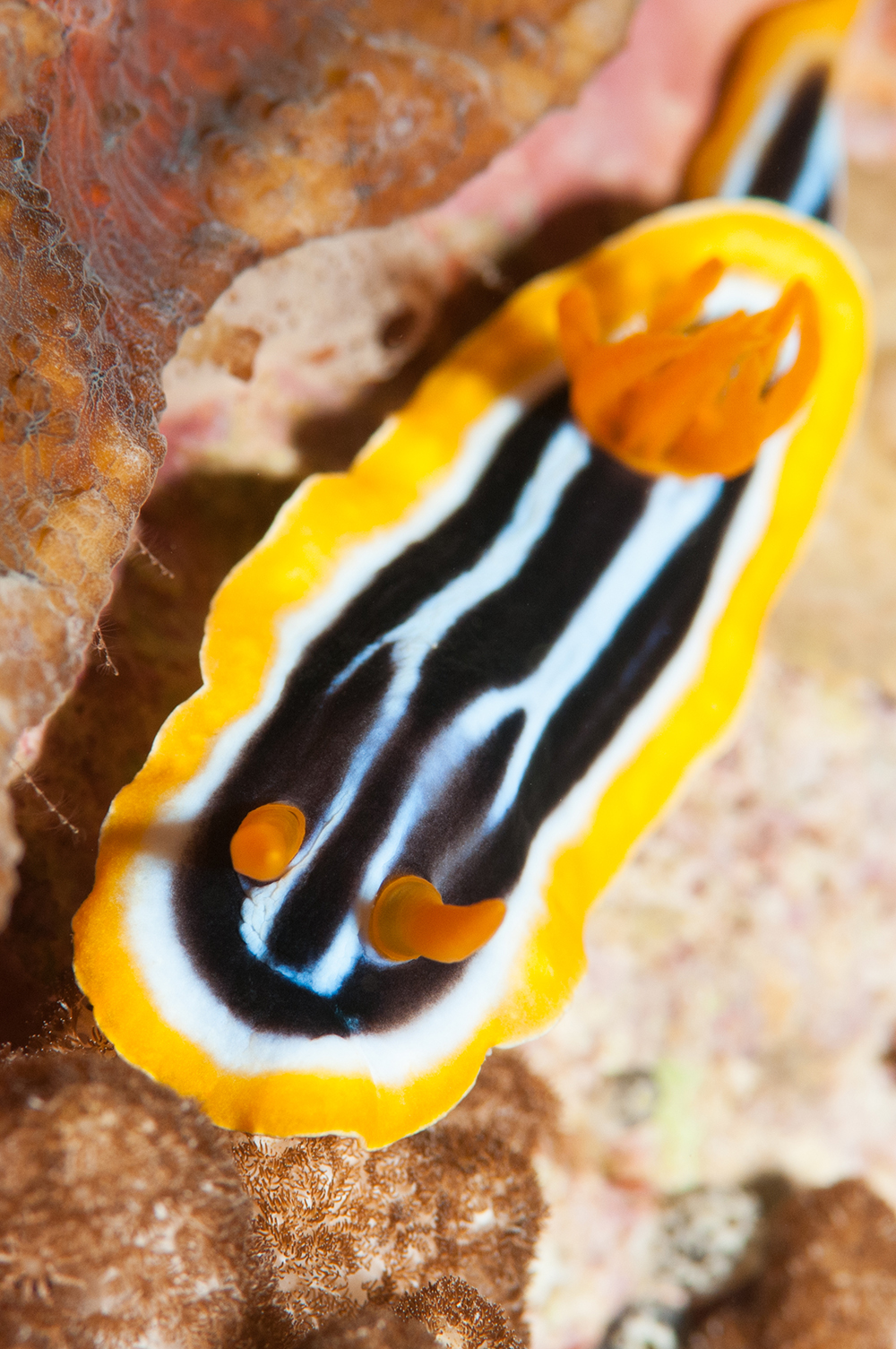 I’ve yet to take a perfect picture of this animal, but the fact that it’s so brightly colored and common gives me hope that I will, one day. 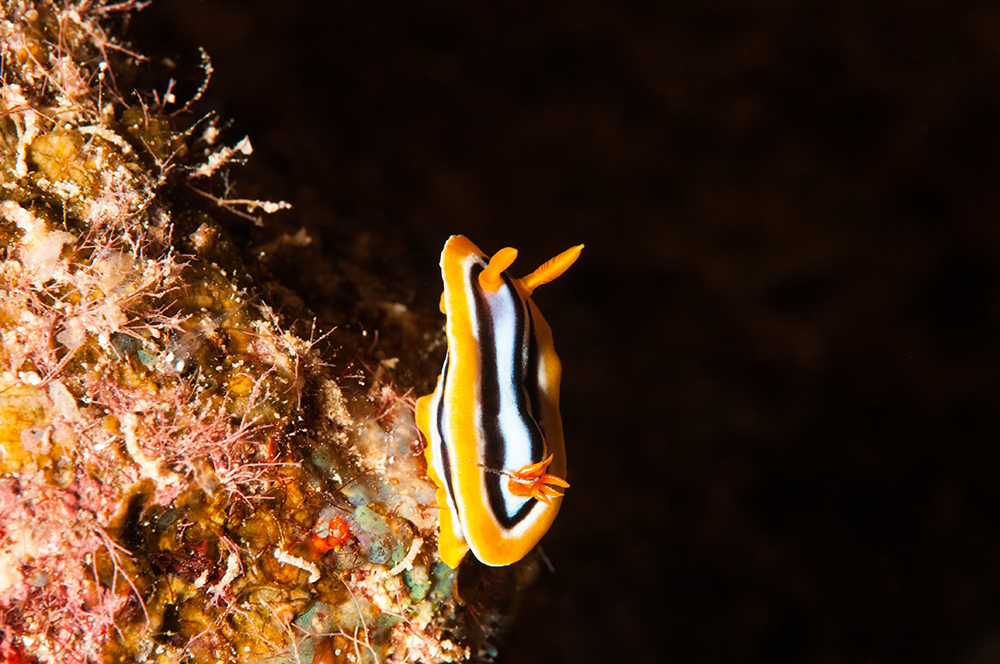 C. quadricolor feeds on sponges, specifically sponges from the Negombata genus.  In the Red Sea I believe the most common species of this sponge is Negombata magnifica, which is a truly gorgeous red.  It is also highly toxic, a fact that doesn’t trouble the Pajama Slug, instead the slug stores the toxins in its own flesh and advertises its toxicity with its bold warning colors. 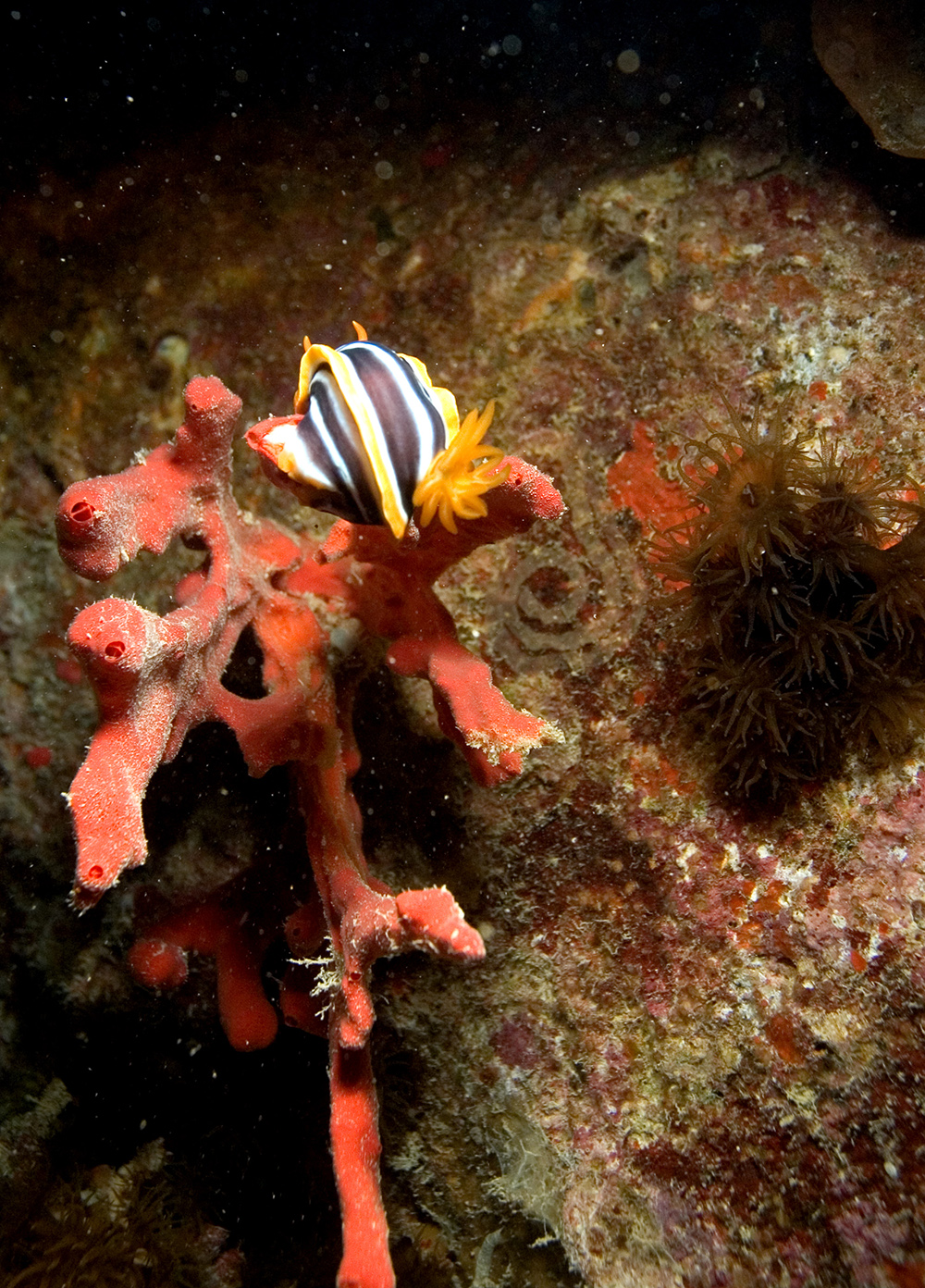 In this picture, not a particularly good one of the slug, you can see it feeding on the sponge, and, if you look closely to the right of the animal, you can see a spiral shaped egg mass, possibly laid by the individual in the picture.