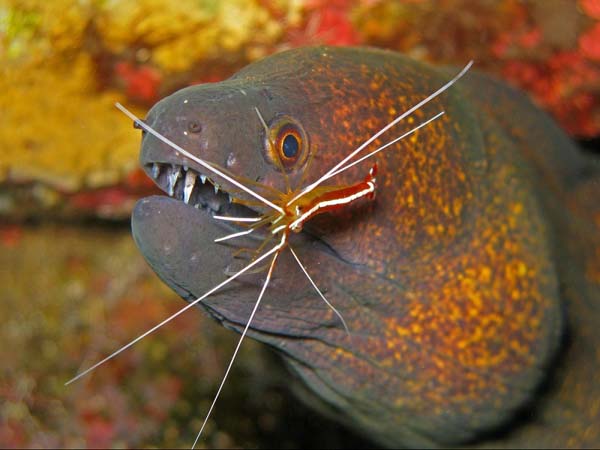 So here is a reason why you don’t want more than two cleaner shrimp in a crowded tank, the little buggers will kill each other, and apparently even gang up on the smallest shrimp around the time of a molt to be more effective in their Soprano-esque ways.  So the fact that they clean your fish of parasites and are lots of fun to have crawling on your arms is somewhat lost when you think about how nasty they can be:

“During daytime, there were no aggressive interactions observable, they were just sitting next to each other or ignoring each other. You couldn’t predict from their behavior during the daytime who would be the next victim,” Wong said. “The individual that died had just molted a few hours before. Because the keratin didn’t harden yet, they were very vulnerable and easy targets.”

Also, these shrimp are known hermaphrodites, which leaves me with no useful analogies short of some B-movie titles.  LINK