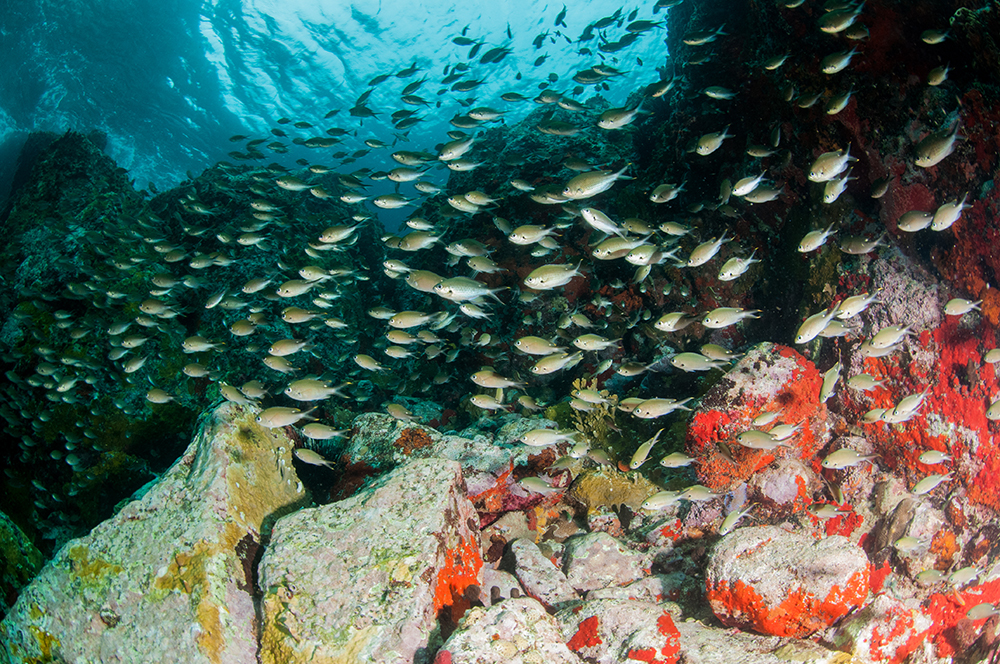 One of the most pressing demands placed upon policy makers and those seeking to protect marine biodiversity is to identify which areas need our protection efforts the most. In a recent study published in the journal Science Advances, researchers identified six marine regions with exceptional biodiversity and looked at the overlap between risks to biodiversity caused by climate change and by fisheries.

Global distribution of marine biodiversity is shown. Colors denote the number of species, with red colors indicating areas with the highest biodiversity.
Credit: F. Ramírez, I. Afán, L. S. Davis and A. Chiaradia.

The results were predictably worrying. The team compiled information from fishing data and sea surface temperature records, which showed the greatest pressures at the extremes: the poles and the tropics, according to the press release.

While at first glance, the study might seem to be pointing out the obvious, it emphsizes the need for better and more accurate data from fisheries that can assist with managing areas of high biodiversity.

The authors close the Discussion section in their paper with:

“What is clear from our current analyses is that the world’s areas of highest marine biodiversity are threatened by the impacts from both global warming and human fishing pressure. Thus, it behooves the international community to find solutions that go beyond the interests and borders of sovereign states if we are to conserve the biodiversity in these marine hot spots, in a similar way to which the world must tackle the associated causes of climate change itself.”

The open-access paper can be read in full: