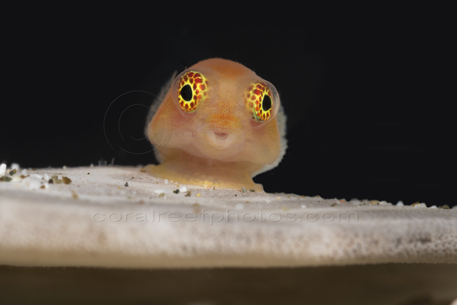 Good morning, I have one of the smallest, hands down cutest, most colorful fish on the planet for you today called a clingfish, or Derillisus sp. that was recently found two and a half miles off the coast of St, Eustatius. When I first saw this tiny quarter inch fish through my 105 macro lens I yelled out immediately “I’m in love with a clingfish”! I have for sure never seen such an adorable face on a fish before and I may never see something this cute again, I mean look at that face!! This fish was very difficult too shoot not only because of how tiny it was but because it has a little suction-cup under it’s body and it’s constantly moving and re-attaching itself to any and every object it can find. This is why they are called clingfishes because of that little suction-cup which can be seen really well in the head-on shots. MORE