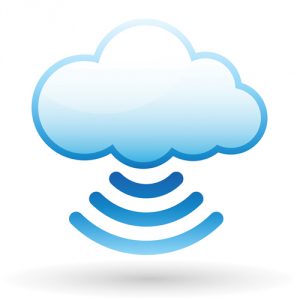 We live in the Internet of Things (IOT) age. IOT is used to described the plethora of connected devices, all using the internet to control our homes, our toys and keep us in constant connection. The IOT market has exploded: the advent of smart home products, wireless security cameras, wirelessly controlled lighting, etc. It was only a matter of time, before IOT products made their way into our aquarium. Right now, the first IOT style product is on pre-order. However, it’s important that consumers look at the history of wireless, cloud-connected devices, before shelling out several hundred dollars, on IOT style tank monitors and controllers. Consumer advocacy groups and tech insiders are finding that while the IOT era offers heightened functionality and neat gadgets, sometimes it provides temporary solutions, that rise and fall in waves of crowdfunded booms. 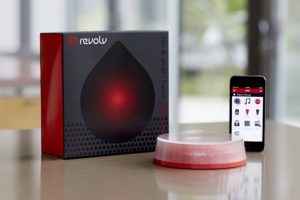 Tech entrepreneur Albert Gilbert recently asked, “If [with cloud connected technology] we are only buying temporary hardware. Is the internet of things era, changing the concept of ownership?” He was talking about the Revolv smart-home hub. Revolv was a crowd-funded tech start-up, producing a product that consolidated a host of smart-home products, such as lighting and security. The Revolv even worked with Nest Labs thermostats and air quality monitors. Like many IOT devices (and the upcoming Fishbit) Revolv requires a constant cloud connection to function. A while back, Nest Labs acquired Revolv and announced that as of May 15, 2016, they will cease maintenance of the devices’ cloud servers. This means, the Revolv will cease to function, and its users will be lost looking for another smart home solution, out the money they invested in Revolv.

Crowdfunding is exciting, as it gives real consumers a chance to take part in the innovation process, and fund start-ups that are enticing to them. It’s given way to some really great products. For many crowdfunded endeavors, the risk of losing out for the consumer is low. A product is produced and shipped, and doesn’t require any long term expense, or maintenance on part of the company. If the company experiences disappointing sales, the product may be discontinued, but for those who purchased it, it still works.

However, cloud connected devices (such as Fishbit, Nest Cams, etc) require constant maintenance of a cloud server. If the start-up doesn’t meet sales expectations, or decides to fold and the bill for the device’s cloud servers isn’t paid, then the product ceases function, permanently. Or, as in the case of Revolv, if a start-up is bought out by a larger company, who ceases to support a certain cloud connected product, the same result ensues. If we trust our tanks management and control to a cloud connected crowdfunded product, then inevitably the fate of our tank’s control/monitoring is tied to the success of that company.

How common is cloud-control in reef aquarium products? 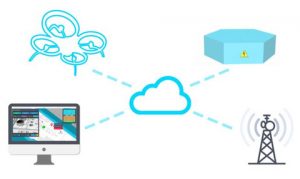 Compared to smart home products, or wireless cameras, cloud control hasn’t infiltrated the aquarium world nearly as much. Although, products like wirelessly controlled LED lights, often implement cloud control. That said, often these are products produced by major, established companies. In the case of wirelessly controlled lighting, the lights would still function, they would simply have to be directly connected to a computer for programming, or manually controlled.

In the realm of controllers, cloud controlled devices is an entirely new concept debuting with Fishbit. Neptune apex, and Digital Aquatics controllers aren’t cloud controlled. An apex for example hooks directly into a router, and uses the aquarist’s internet to offer remote control and water quality reporting. The upcoming Fishbit will take water quality measurements, send them to a cloud server and that server will update your iOS app, with the new data. Remove the cloud server from that equation, and the device ceases to function.

Is there a long-term risk of buying a paperweight?

In 2012, Cloud Times (an online site covering cloud connected devices) reported that within 5 years, 45% (nearly half) of all cloud networks would become obsolete. They believed the rapid production of new devices, and lack of consumer interest in upcoming devices, would both lead to this rapid rise and fall of new, cloud connected technology. Some in the tech sector consider cloud connected devices as disposable products, simply because they are rapidly replaced with something better, or the companies that produce them cease support of cloud servers.

It’s a new frontier for aquarists, as we are primarily used to buying products meant to last long-term. It’s not uncommon to have the same protein skimmer, for five to 10 years. Return pumps can last for decades, and aquariums themselves go-on without problem for years and years. While advances in lighting prompt upgrades as new technology becomes available, most aquarists have had their existing light fixtures for extended periods of time. Even existing controllers can easily be upgraded to add new sensors and features, as they become available. The thought of buying equipment, only to have it entirely cease function a few years later, is a new one for marine aquarists.

Should aquarists seek out cloud-controlled technology?

Cloud controlled technology is ambiguous in every tech marketplace, so it’s likely aquarists will see more and more of it. The main concerns aquarists should have are: is the product being released by an established manufacturer, who is unlikely to cease maintenance of servers should product sales not meet expectations? Also, can the product function well-enough, without cloud control? If the answer is no, to either or both, then it’s likely the aquarist is taking some risk, investing in the product.

Another concern is cost. If cloud-connected technology runs the risk of being disposable, shouldn’t it reflect that in price? Many cloud-connected devices cost just as much, if not more, than their more standard competition. The thought of spending 400 dollars on a device, just to have it cease function in under five years, would be disappointing, knowing you could have spent 500 dollars on a device, that would still function and even be upgradable with new features.

As cloud-connected technology makes its way into the world of reef aquariums, it’s at the very least, something to think about.