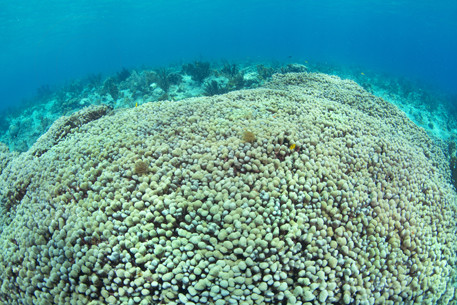 Good morning one and all, the top photo shows a healthy area or colony of super delicate, Clubtip Finger Corals right here on the Sea Aquarium house reef and the bottom photo shows what happens to them when an anchor is dropped on them for an extended amount of time! Talk about total destruction!! Most of the time when anchors are dropped by the local fisherman they don’t just land on the reef and stay in one place, they move around and just keep destroying the corals as you see here and will eventually create a monster sized crater pulverizing the corals to dust, it’s so sad. 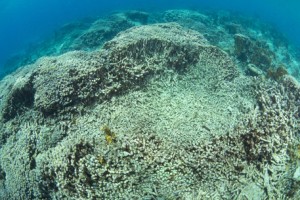 We have tried in vain to ask the fisherman to not drop their anchors on the reef and supposedly there is a law but impossible to enforce. Many times we have called the Coast Guard and they will come over and make them pull the anchor up but the second they leave the anchors get dropped back in, how do you deal with that I ask?? I think I will personally print a bunch of these photos and hand them out to the fisherman so they can see for themselves what is going on underwater and why there is a law about anchors. Most of these coral colonies are hundreds of years old and are home to thousands of creatures and fish and in just seconds we destroy them??? Crazy I say!!!!