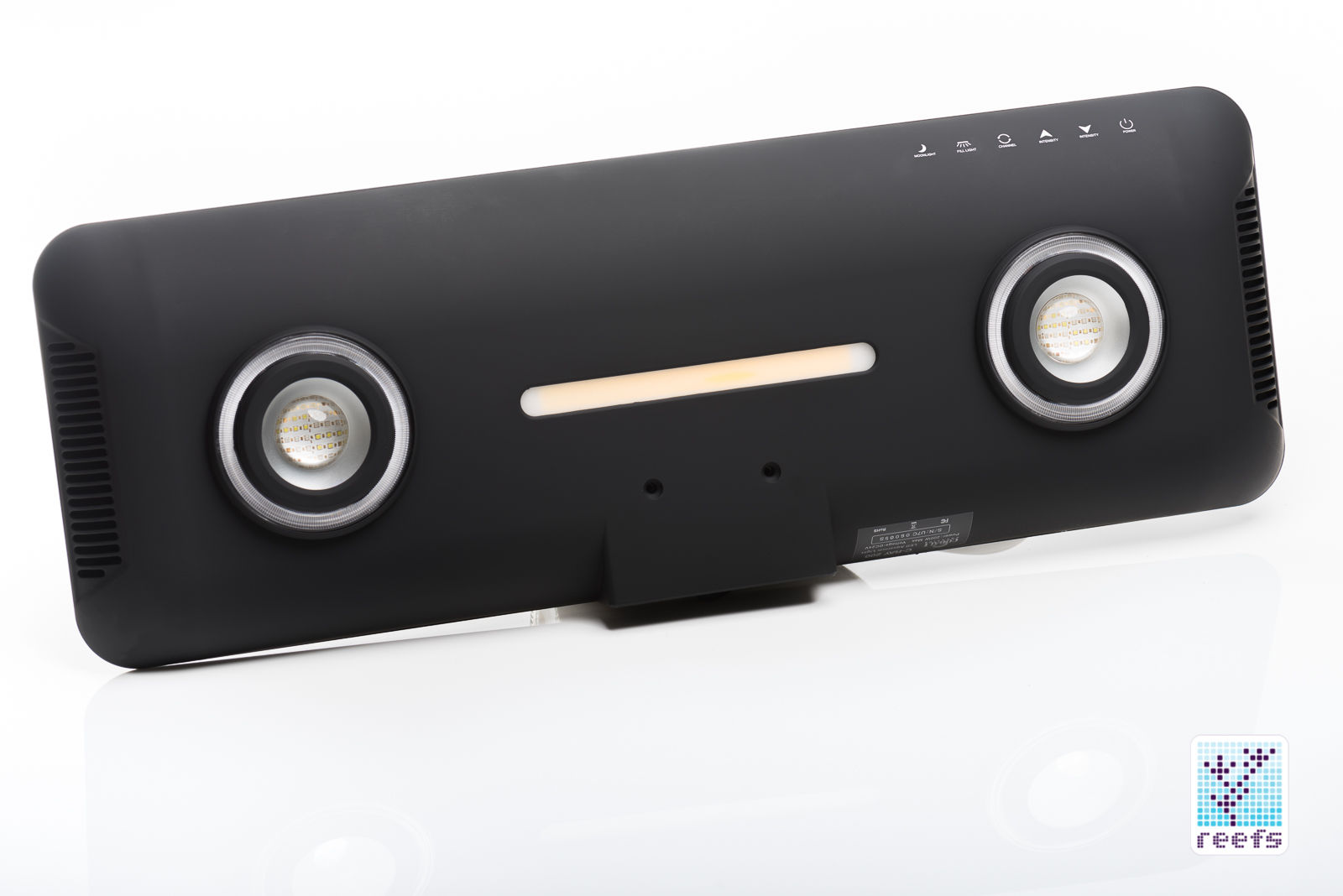 It looks like this year will bring an abundance of new products for the aquarium market, and the segment of the industry that will be seeing the lion’s share of fresh innovations is reef-specific LED lights. I’ve been testing one of the newest LED panels for some time and wanted to share with you some of my initial findings before I brew the Definitive Review. The product is called the C-Ray 200 and it comes from Cobalt Aquatics.

Cobalt Aquatics entered 2018 with its first ever, full-fledged LED light built specifically for growing corals in a reef aquarium. C-Ray 200 is a serious LED panel, both in its physical appearance, as well as its rather impressive specifications. Here’s a list of things I found about the light so far… 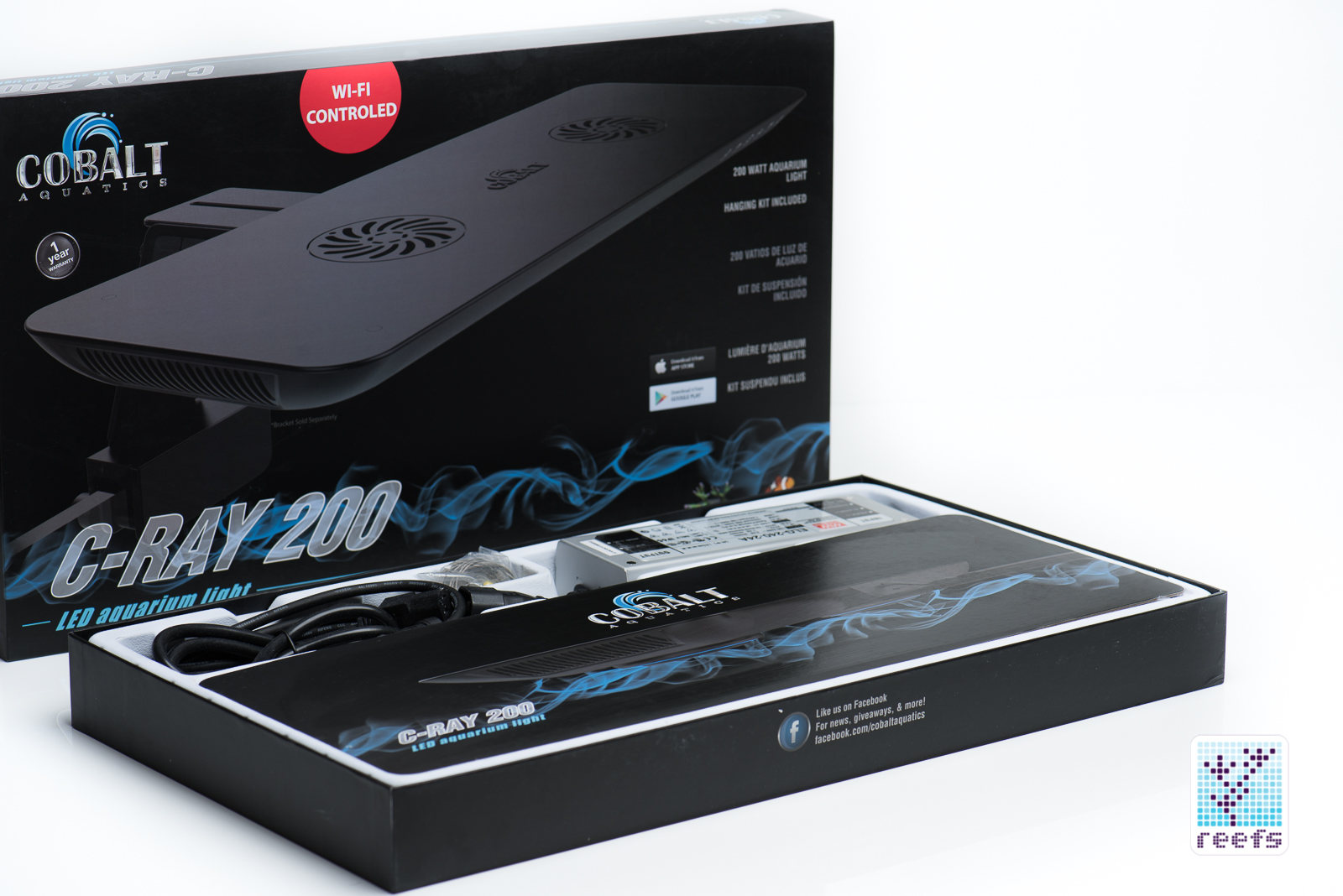 First of all, C-Ray 200 has an interesting approach to its LED emitters arrangement and a fairly unorthodox way of redistributing them around the LED board. The main source of light, which produces the majority of C-Ray’s advertised 200W maximum power draw, consists of two Cree made, dense matrix LED chips, each containing 52 individual emitters (I may be wrong here, I was counting these manually looking through the chip’s lens). Each chip is equipped with a bulgy quartz lens that has a 120 degree light spread and is surrounded by another array of LEDs that form a circle around the lens. These emitters are of the deep blue variety and act as a moonlight, as well as an auxiliary source of light on the blue side of the spectrum. In between the two LED pucks sits a long strip consisting of a single row of warm light LEDs that are designed as a fill-in light for the high power pucks, helping it with color blending.

The light is encased in a sturdy aluminum housing, and has two temperature controlled fans and a copper heatsink sitting inside, blended seamlessly with the overall design of the light. C-Ray comes supplied with a hanging kit, but there’s also an optional aluminum arm to mount it on the tank’s frame. 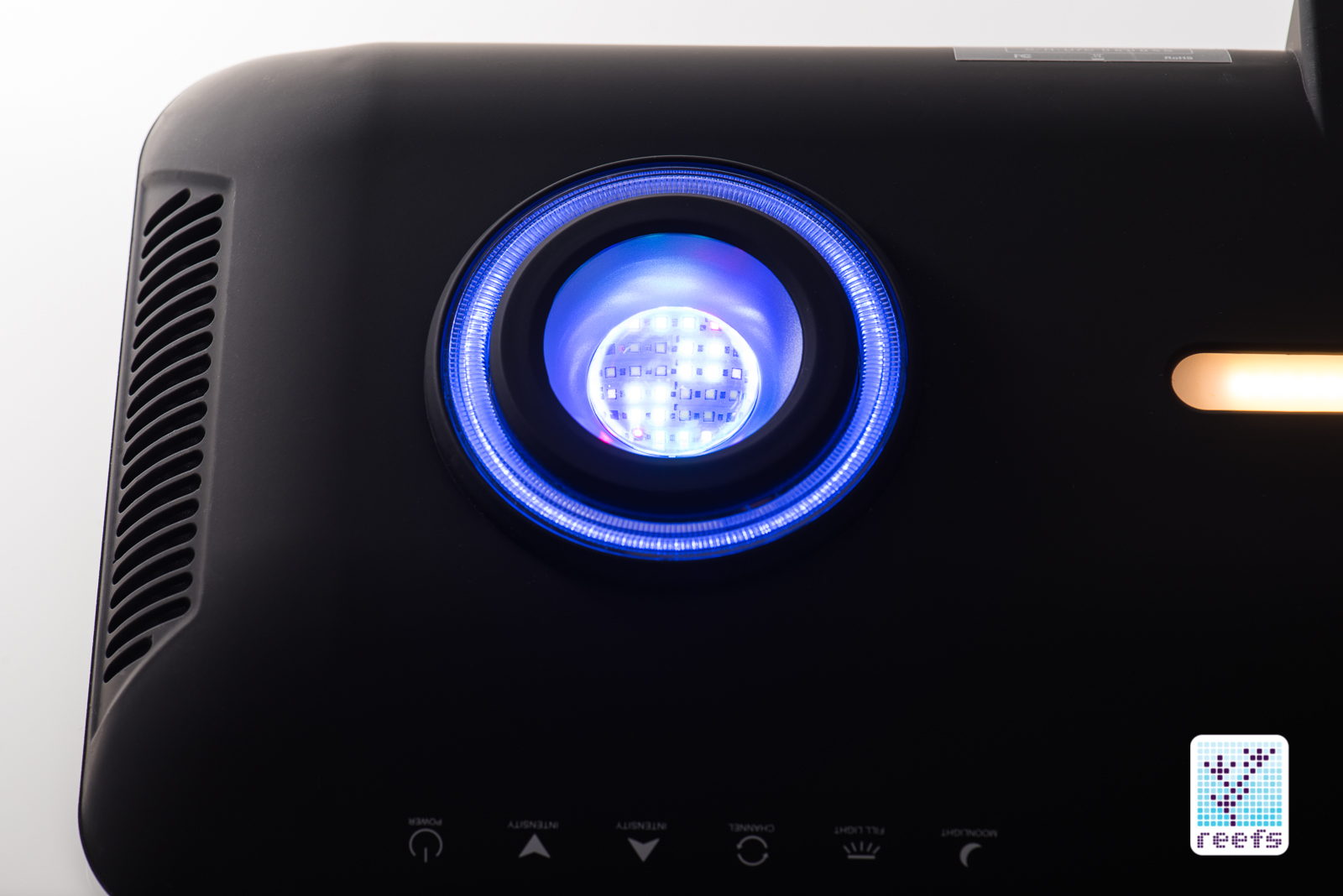 On the software side of things, C-Ray 200 has a built in Wi-Fi module and is controllable via dedicated mobile app, available in Android and iOS versions. I’ve been using the Android version, and it has been working flawlessly for me so far. From my initial experience with the app I’ve learned that the light has 6 channels of control, 4 of which control the output spectrum of the main LED chips and one for each the warm white strip and the circular moonlight.

The app has a rather in-depth level of controllability, where each channel can be tweaked individually and applied over a 24h light cycle, but it also offers a broad range of presets for different types of tank, as well as the option for the user to import and export his/her own light presets to share with others. There’s also a standard set of random weather effects built into the program, such as Cloud Passing, Storm, and a Lunar Cycle.

Cobalt Aquatics C-Ray 200 has been a fun light to play with so far, despite my initial skepticism towards this debut from a company that doesn’t have a history of high-powered aquarium LED panels. There were a number of interesting findings I concluded from my time with C-Ray and I will be exploring each one of them in the Definitive Review, so please stay tuned for more! I will be back shortly.

Before I go, I’ll tease you with few shots I did in my studio for the upcoming review. Cheers! 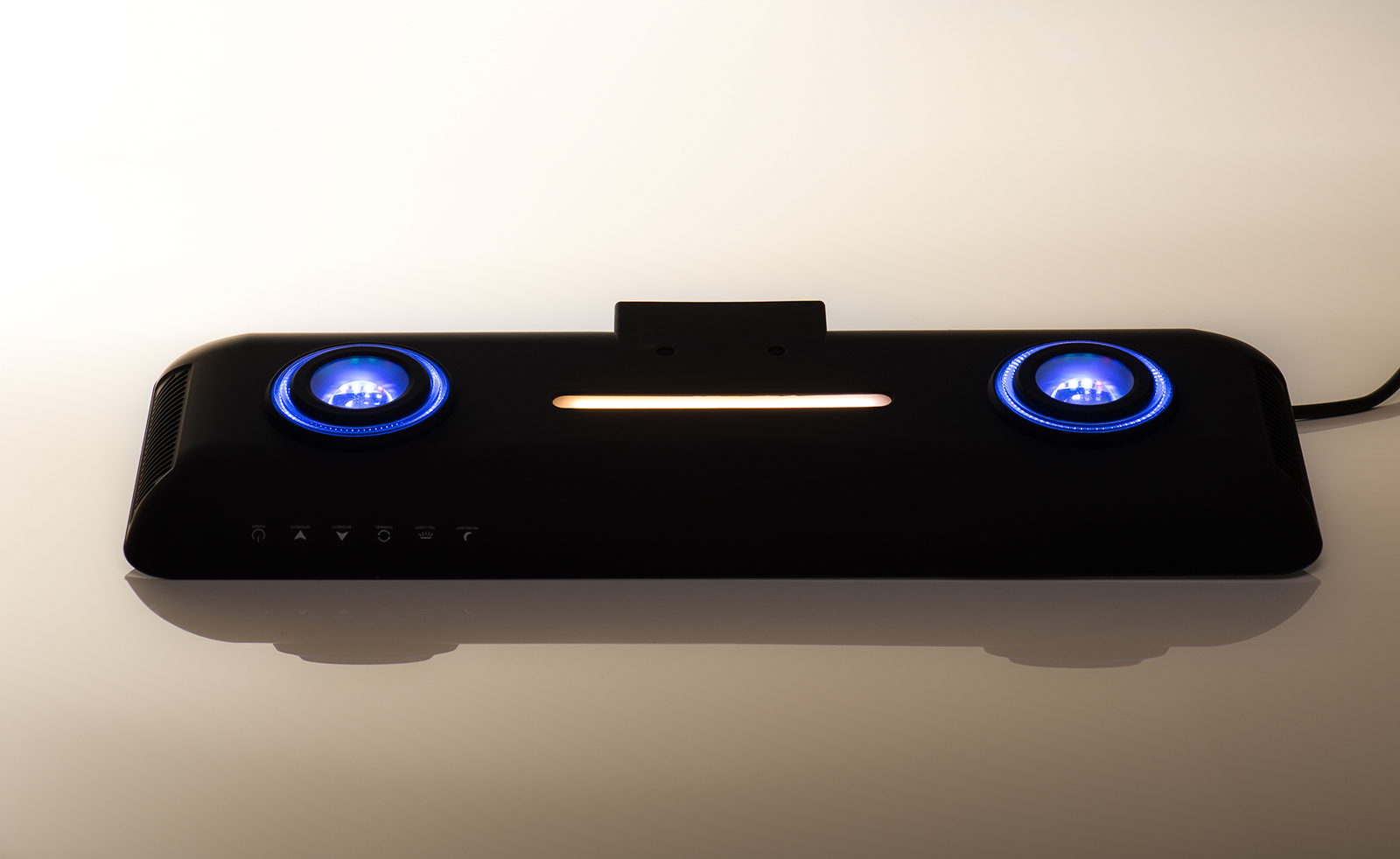 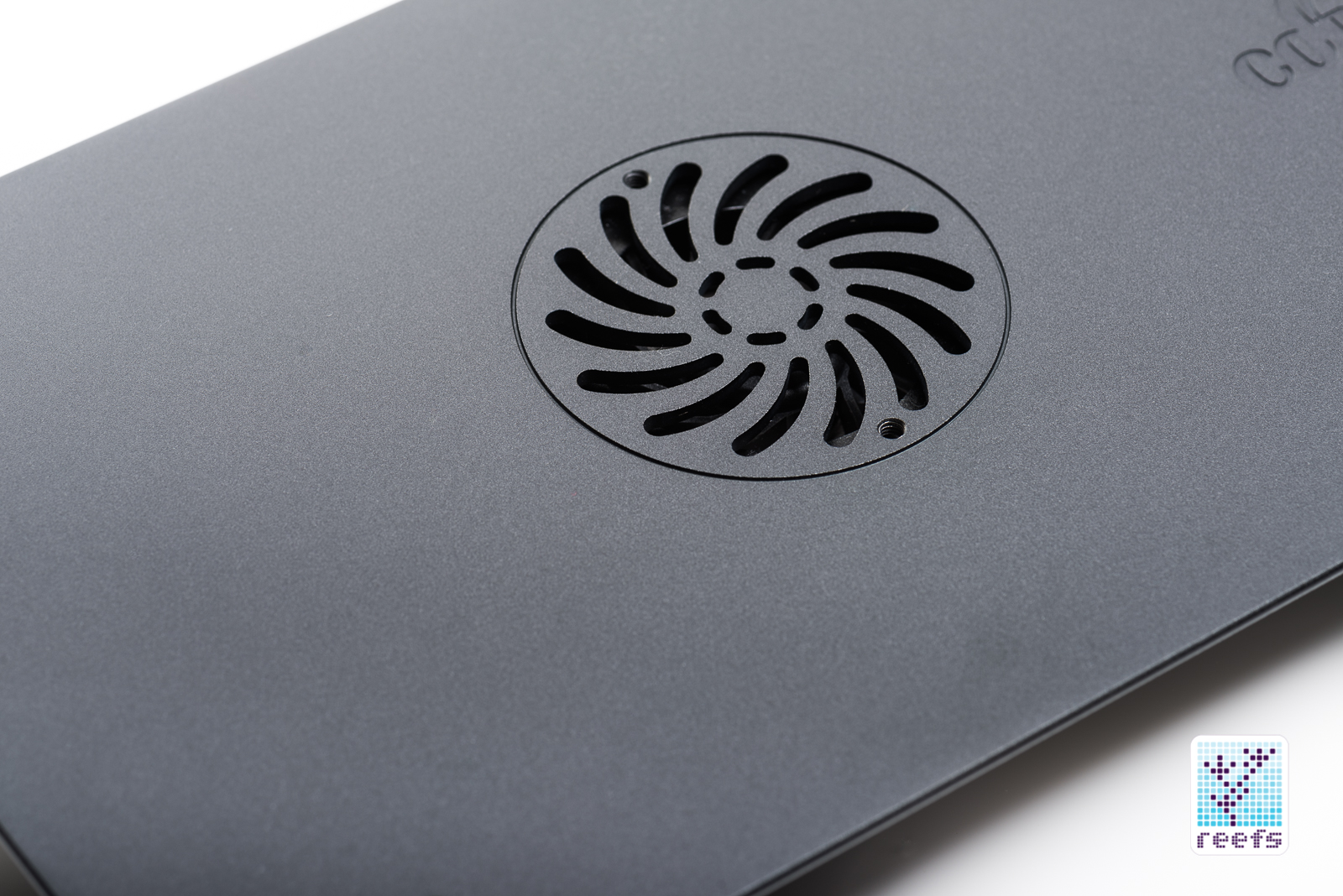 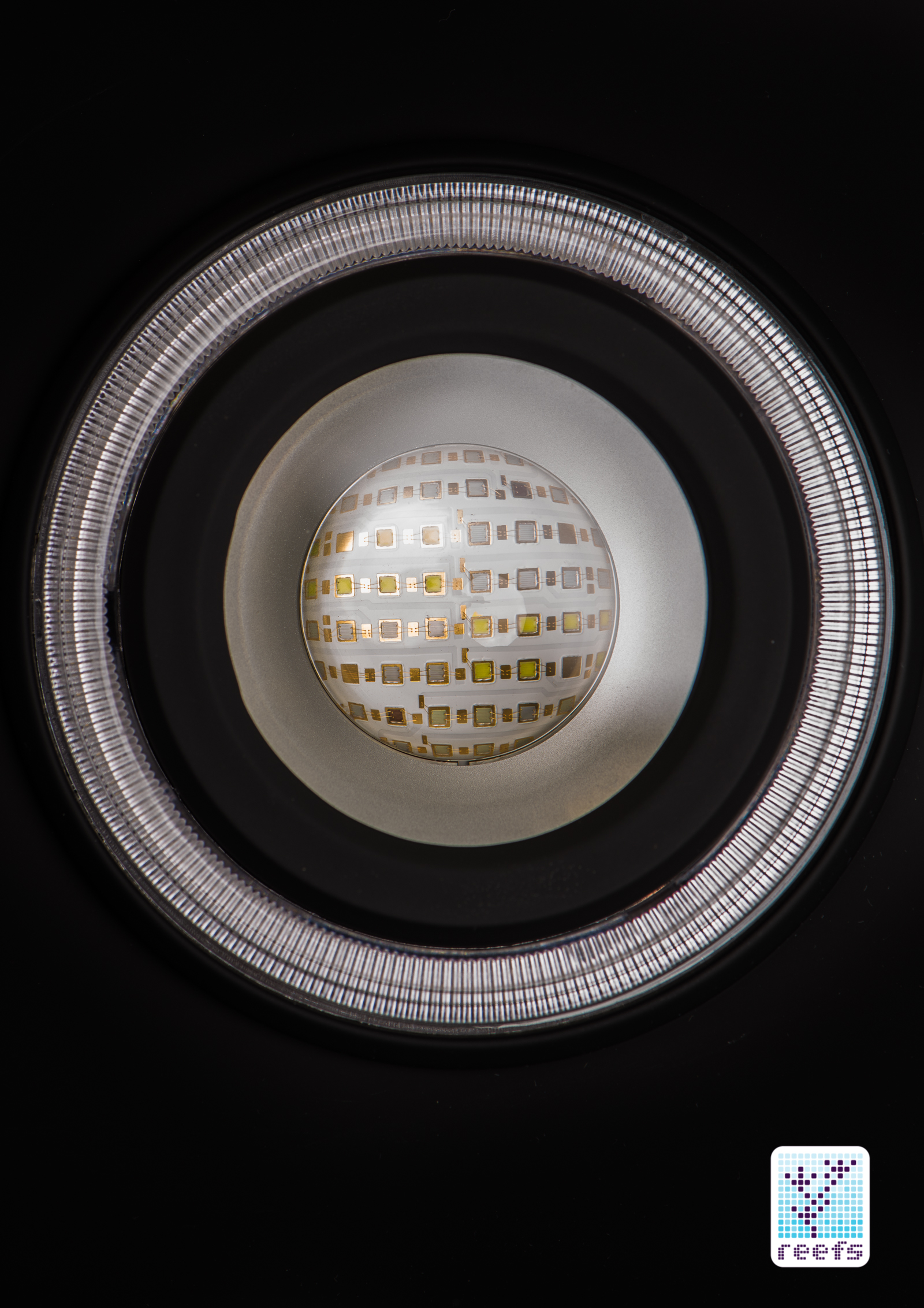