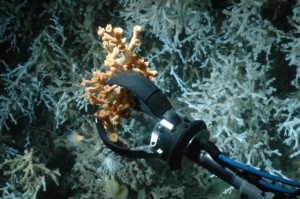 When it comes to reef-building down at the deepest, dankest depths of the sea, one would think nary a soul would care to coexist, let alone procreate. Given the tales that go around of deep-sea monsters, this is hardly a surprise, yet it’s actually quite the opposite (for coral, at least). Deep-sea coral species really get around. When it comes to hopping into coral beds with colonies, tropical corals are very selective, sticking to only tight-knit familial circles. Marine biologist Sebastian Hennige of Heriot-Watt University, Scotland led a team of researchers to explore just how deep-sea corals get along when building their reefs, and they found the animals take a much more liberal approach. This conclusion was derived from the color-range of  Lophelia pertusa, the most wide-spread reef-building of all coral species. This species is actually responsible for the largest reef (that we know of), the Røst reef off the coast of Norway, clocking in at approximately 25 miles long and 2 miles wide. Thanks to several studies funded by the US National Oceanic and Atmospheric Administration to observe this particular species, Hennige was able to discover orange and white Lophelia structures fused together. Upon the collection of samples, it was determined that these were genetically distinct, unrelated individuals.

So what makes these deep water animals so frisky? Energy supply could play a role. Tropical species have the benefit of forming symbiotic relationships with zooxanthellae, the microscopic organisms that do the whole “photosynthesis” thing inside coral cells, feeding them with delicious and nutritious foods. Cold-water species don’t get to enjoy this little perk, and thus have to conserve energy. Since they’re not inclined to over-extend themselves, when another individual enters the coral’s territory, they pretty much throw their arms up in an “oh well” fashion and neglect to respond aggressively. Another theory is that the Lophelia is able to recognize that the “invader” is still from the same species and leaves the door open for fusion. Whatever the reasoning, Lophelia is keeping very busy, building reefs and all. 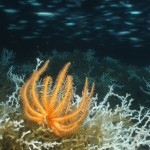 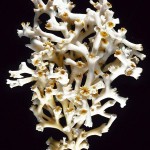