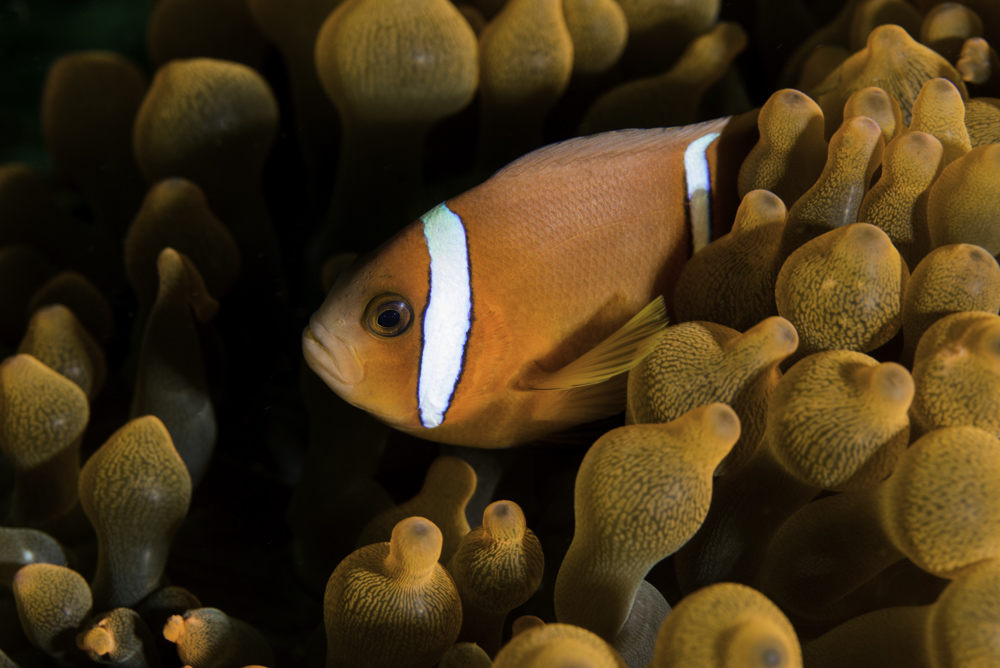 Last year I was fortunate enough to enjoy a dive trip in the Arabian Sea, off the coast of Oman.  One of the fish I wanted to ‘tick off my list’ was Amphiprion omanensis, the clown that is endemic to the region.  As you can imagine I was also lucky enough to find some really interesting anemones as well, and, following a post about red anemones in the Red Sea, I thought I’d share the images.

The feature image (above) is the first time I have ever seen a Bubble Tip with this particular coloration.  I’ve never seen one even approaching orange; until now I’ve only ever seen the standard brown, red, and rarely, green.  I have no idea if this morph is commonplace in the Arabian Sea. 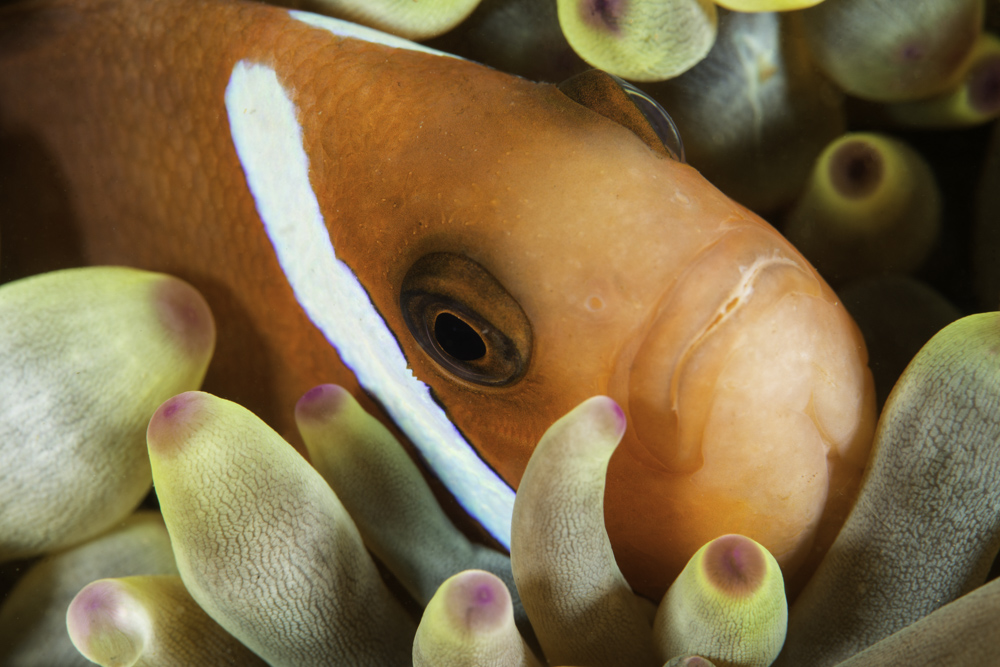 A. omnanensis is one of those clown species that shows quite significant differences in coloration between juvenile and adult phase specimens, with the youngsters having a splash of black on their dorsal, along with a black and white upper half of their caudal. 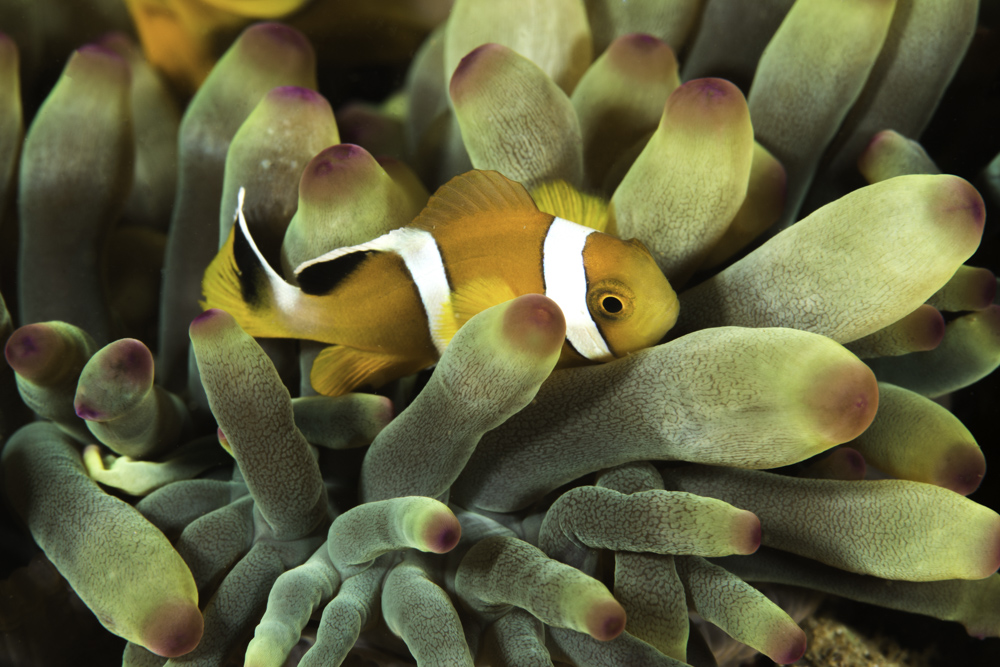 I was also able to find a particularly attractive green Bubble Tip, though small and with a single juvenile clown in it, but it made for a really colorful and unusual shot. 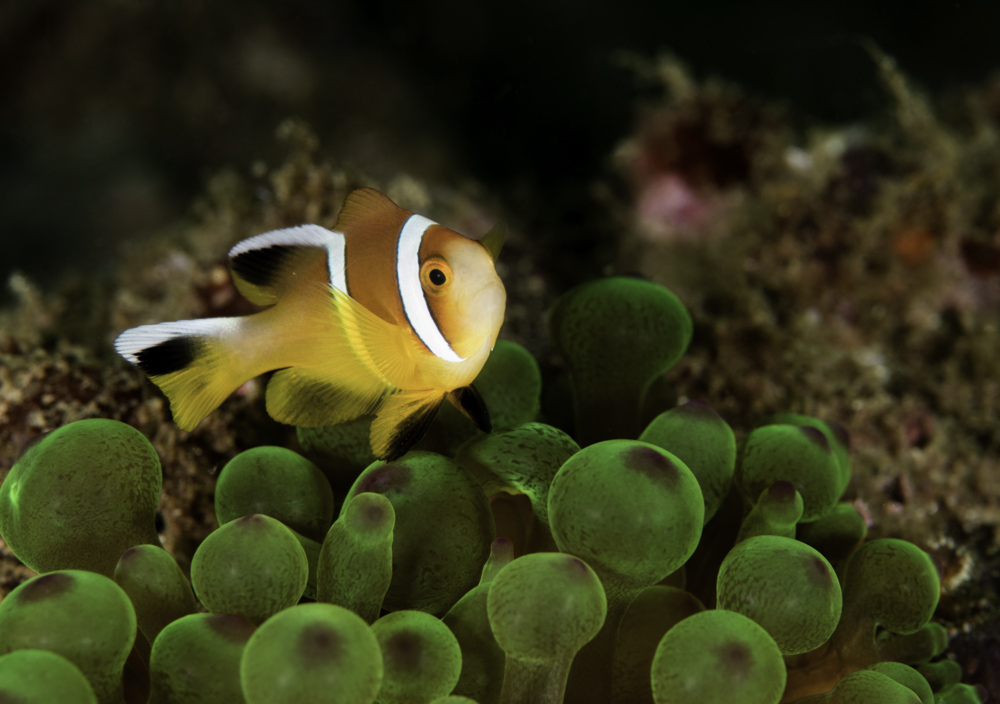